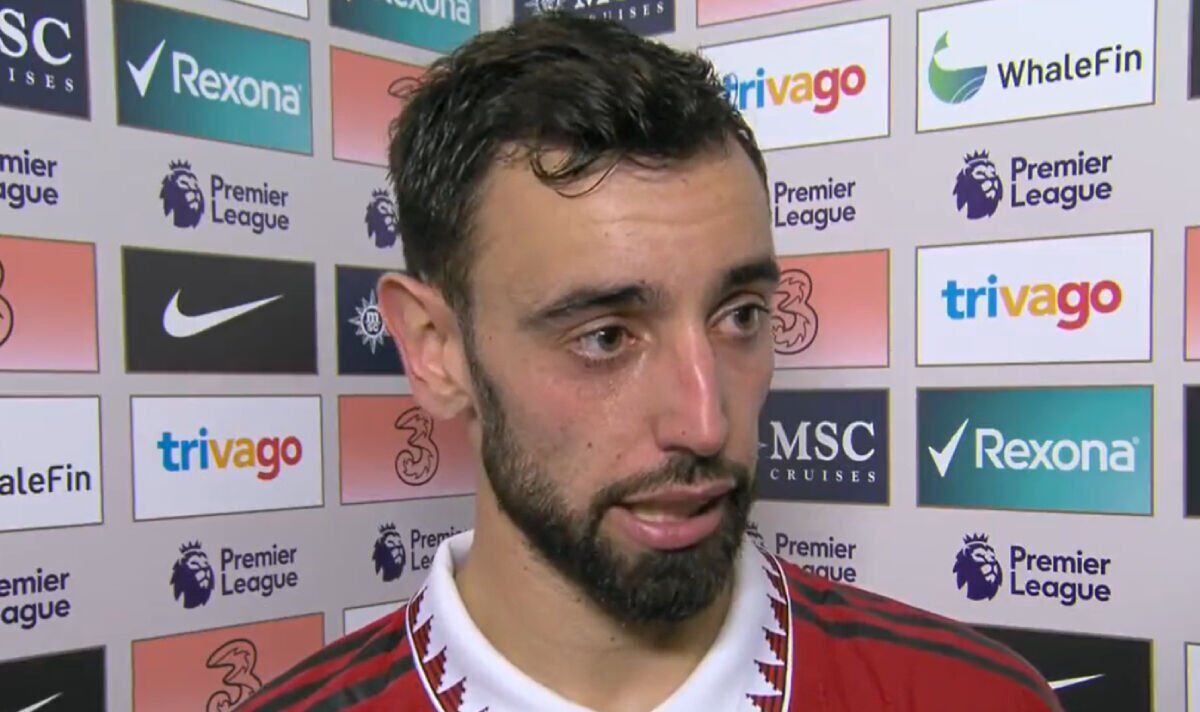 Manchester United star Bruno Fernandes slapped down a matter on Cristiano Ronaldo after a draw with Chelsea on Saturday amid an ongoing rift between the veteran forward and manager Erik ten Hag. The Red Devils equalised in stoppage time to take a powerful point from Stamford Bridge, with Ronaldo dropped from the squad after refusing to come back on against Tottenham last trip.

There was deadlock for many of Saturday evening at Stamford Bridge as neither Chelsea nor United found a technique to get going. Ten Hag arrange his side to dominate the midfield which forced Graham Potter right into a first-half change however the Red Devils couldn’t make their dominance pay.

It looked like they might be punished late on when Scott McTominay brought down substitute Armando Broja within the box, prompting the referee to point to the spot. Jorginho scored, but Casemiro popped up with a late header to spark jubilant celebrations within the away end as each side left with a degree.

United did so without Ronaldo, who refused to come back on and stormed down the tunnel when United met Tottenham earlier this week. Ten Hag subsequently dropped him from the squad to face Chelsea and Fernandes was forced to face awkward questions after the ultimate whistle.

“The manager’s made a call to depart him out,” Keane told Sky Sports. “Ronaldo didn’t wish to go on even when it was the previous few minutes. He’s walked down the tunnel and been punished for it.

“I attempt to see if from the players perspective. He’s had enough, he’s lost his head. I feel it’s been brewing. I still think he’s a human being, he’s got flaws, he’s probably frustrated at not getting opportunities and had enough. He’s walked down the tunnel, I feel worse has happened at Manchester United.”