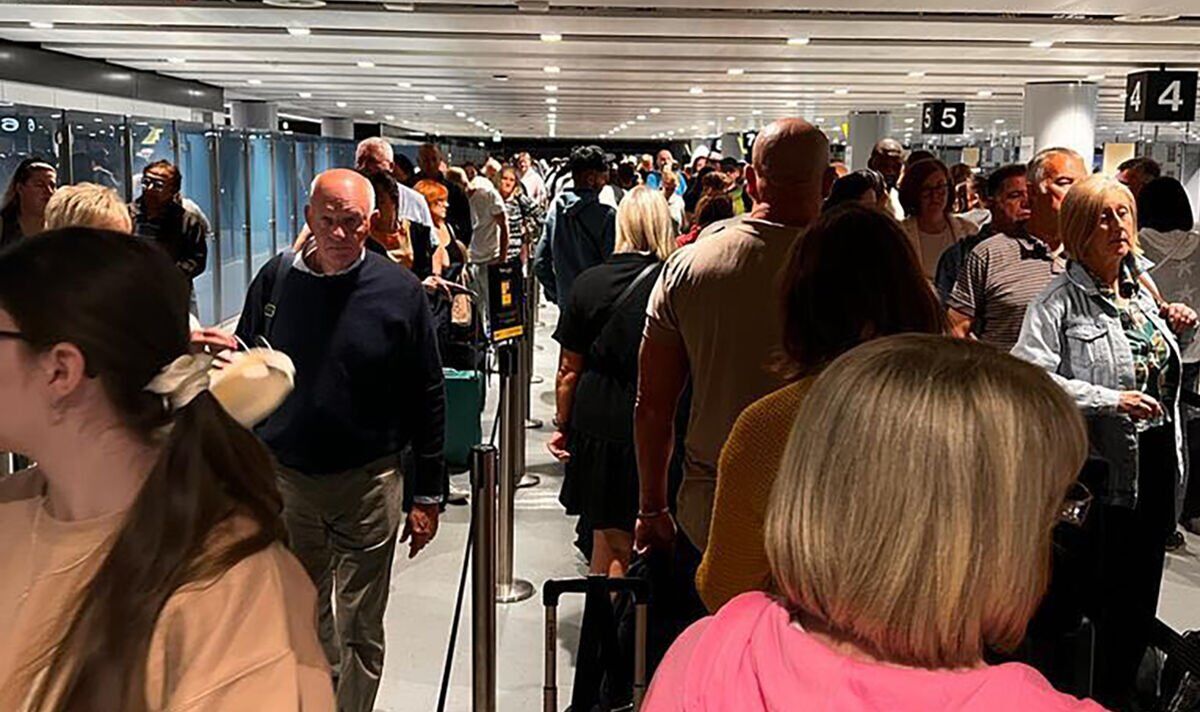 One passenger who arrived at Terminal 2 early this morning said he faced an hour-long wait to check-in his bag after which one other two-hour queue to go through security. The person took photos of lines of individuals weaving through the terminal.

“It’s madness”, he told the Manchester Evening News. “It took two hours to get through security they usually were shouting at individuals who had flights at 7.30am or 8.30am to run through as time was running out.”

Other passengers took to social media to vent their frustrations in regards to the early morning queues.

Paul Johnson tweeted this morning: “Disaster at Manchester Airport security. 2 hours and still not through!”

Alex said in a tweet at 5.50am: “That was horrendous. Left at 2am for my 6:10am flight. Arrived 3am. 70 minutes queueing to get into the airport and check my back. One other 70 minutes to get through security. Just got airside because the gate was announced.”

The airport said this morning that wait times for security in Terminal 2 peaked at 85 minutes. This was between around 5.30am and seven.30am.

The wait time has now gone back all the way down to quarter-hour. Passengers are being advised to expect security queues of ‘as much as 90 minutes now and again’.

This comes after a chaotic half-term week of holiday cancellations, mammoth flight delays and missing luggage at Manchester Airport.

Reports over the Jubilee weekend included queues which prolonged into automotive parks, missing baggage spotted from 1,300 miles away, police rescues after flights didn’t take off and even food shortages for those passengers actually capable of board their flights.

Greater than 30,000 TUI customers have also received messages cancelling their trips, while easyJet and Jet2.com passengers have also been affected.

Manchester Airport has blamed staff shortages in each the TUI and Swissport operations, an issue which they are saying is blighting the travel industry more widely.

Just last month, the airport issued a candid apology over its staffing crisis.

Passengers are still being advised to reach on the airport three hours before their flights.