Manhattan College Plans a Basketball Revival. But First, Some Chaos. 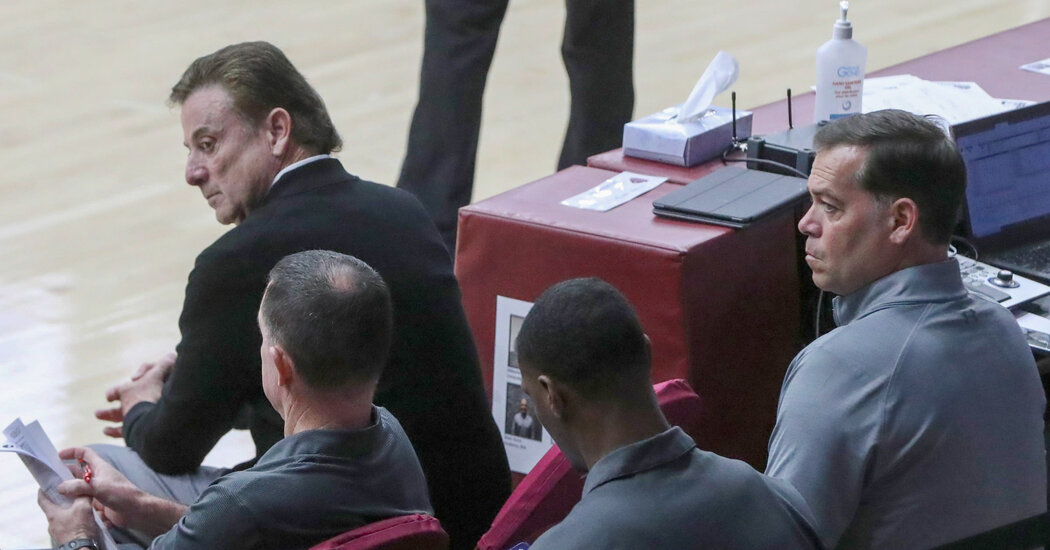 But with a latest university president and a reshuffled board of trustees, Manhattan envisions larger things in basketball — as Iona did in hiring Pitino, and one other league rival, St. Peter’s, did with its magical run to an N.C.A.A. tournament regional final last spring.

Masiello, whose contract ran through this season, was rebuffed when he sought an extension last 12 months. He had not had a winning season since 2015, when the Jaspers advanced to the N.C.A.A. tournament for the second consecutive season.

“Have a look at the record,” said Marianne Reilly, the athletic director. “That’s all I’ll say.”

When Masiello was fired, he was not the just one who exited. Perez transferred to West Virginia, however the N.C.A.A. denied his request for a waiver to be eligible immediately. Also leaving were guard Omar Silverio, a transfer from Hofstra, who plans to play next season on the University of Missouri-Kansas City, in response to his former youth coach, Cory Underwood, and forward Samba Diallo, a key reserve who stays at Manhattan working on a graduate degree.

Suddenly, a team with big dreams had been thrown into chaos.

Manhattan is 6-12, a record that features a loss to Monmouth — the Hawks’ only win this season — and a 40-point shellacking at Windfall, which was the Jaspers’ only scheduled television appearance this season. They’re 4-5 in conference play and had won two in a row before the Iona loss and a 67-65 loss on Sunday at Rider. It was the Jaspers’ fifth loss by 3 or fewer points or in time beyond regulation.

Manhattan is a peculiar team. It’s old, with nine seniors, but not necessarily experienced. And Stores, 31, a former captain who grew up within the Bronx, played on two N.C.A.A. tournament teams at Manhattan after which coached under Masiello, is the second-youngest head coach in Division I. Only Drew Valentine of Loyola Chicago is younger.

Whereas Pitino has the gravitas to throw his arms out to boost a grievance with the officials, Stores put his hands together when he spoke to a referee, as if he were asking for permission.

For much of Friday night, the Jaspers played messy basketball and seemed ill-equipped to hold with Iona, trailing early within the second half, 49-34. But James Jewell, a freshman wing from Louisville, Ky., who enrolled this semester and was playing in his fourth game, provided a spark together with his tenacity.