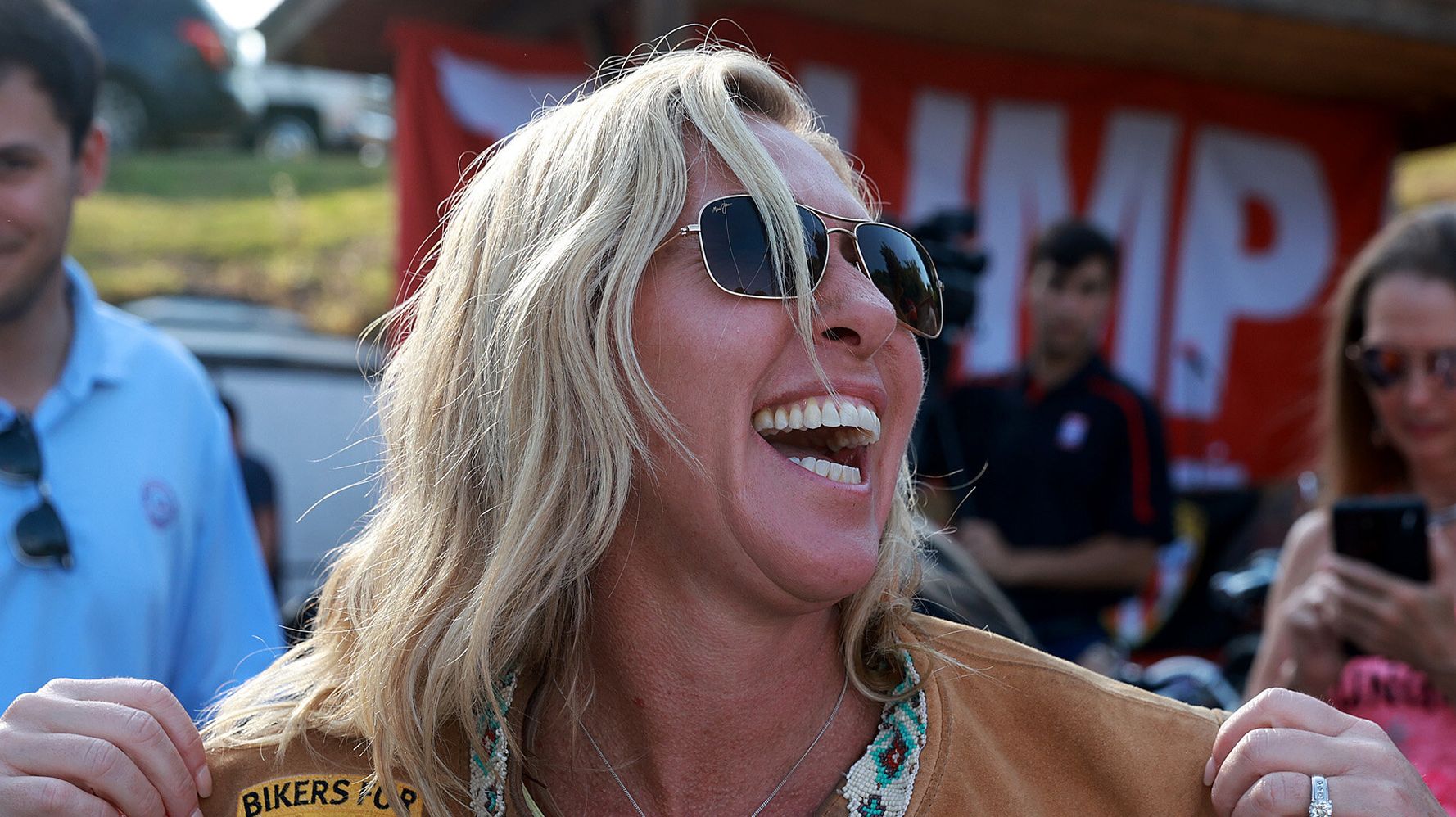 Rep. Marjorie Taylor Greene (R-Ga.) is warning supporters that the federal government is planning to observe their eating habits and “zap” them until they eat fake meat grown in a “peach tree dish.”

The extremist lawmaker who once warned the world of “gazpacho police” now claims the feds are planning to trace bowel movements, too.

“You may have to simply accept the indisputable fact that the federal government totally wants to offer surveillance on every a part of your life,” Greene said in a rant from her podcast clipped and posted online by Patriot Takes, a right-wing watchdog group.

And should you’re not eating “peach tree dish” meat, the federal government ― of which she is part ― will discover a solution to “zap” you into compliance.

“You’ll probably get just a little zap inside your body and that’s saying ‘No, no. Don’t eat an actual cheeseburger, it is advisable eat the fake burger, the fake meat, from Bill Gates,’” Greene said.

“They probably also need to know while you go to the toilet and in case your bowel movements are on time or consistent,” she said. “I mean what else do these people need to know?”

Marjorie Taylor Greene says the federal government is planning to “zap” people inside their bodies if they fight to eat an actual cheeseburger. pic.twitter.com/gCDHiH5Bsy

Twitter users didn’t know what to make of the most recent wild conspiracy theory from Greene, who has repeatedly espoused antisemitic talking points and earlier this 12 months spoke at a white nationalist event:

If someone serves me meat Bill Gates grew in a peach tree dish, I’ll *immediately* call the Gazpacho Police.

Don’t even give it some thought. https://t.co/nLt1hnBuAe

“Peach Tree Dish.” Yes I do know the entire thing is bonkers like a distress call from inside an insane asylum… but “Peach Tree Dish” genuinely made me laugh. https://t.co/cin0nlSv4P

MTG just won her primary. If democrats were really focused they may make her complete incoherence the face of the Republican Party.

I need to ask her what a peach tree dish is.

I bet she’d give me some form of answer that might involve a peach, a tree and a dish.

She must be one in all the dumbest people in our government. https://t.co/0DY1im0IFA

I feel that is settled.

She just decried fake meat made in a “Peachtree Dish.”

She’s only a fucking moron pic.twitter.com/XCUEomvxPL

I don’t need to listen to one rattling word from the @GOP in regards to the mental health crisis on this country until they address this bat shit crazy loon. https://t.co/pI5lJfOPWG

It may well’t be said often enough: this woman is straight-up BONKERS. Not “charmingly outside conventional thought in her views” — MTG couldn’t find consensual reality with Google Maps and a compass — but “Whoa, don’t make eye contact, pretend we’re dead”. https://t.co/rcKHMkKDbp

I normally rejoice insulting this demented imbecile but even for @RepMTG that is so scarily delusional and incredibly silly at a level I cannot quite process that I’m a bit greatly surprised. https://t.co/OSnC6qfZ4c