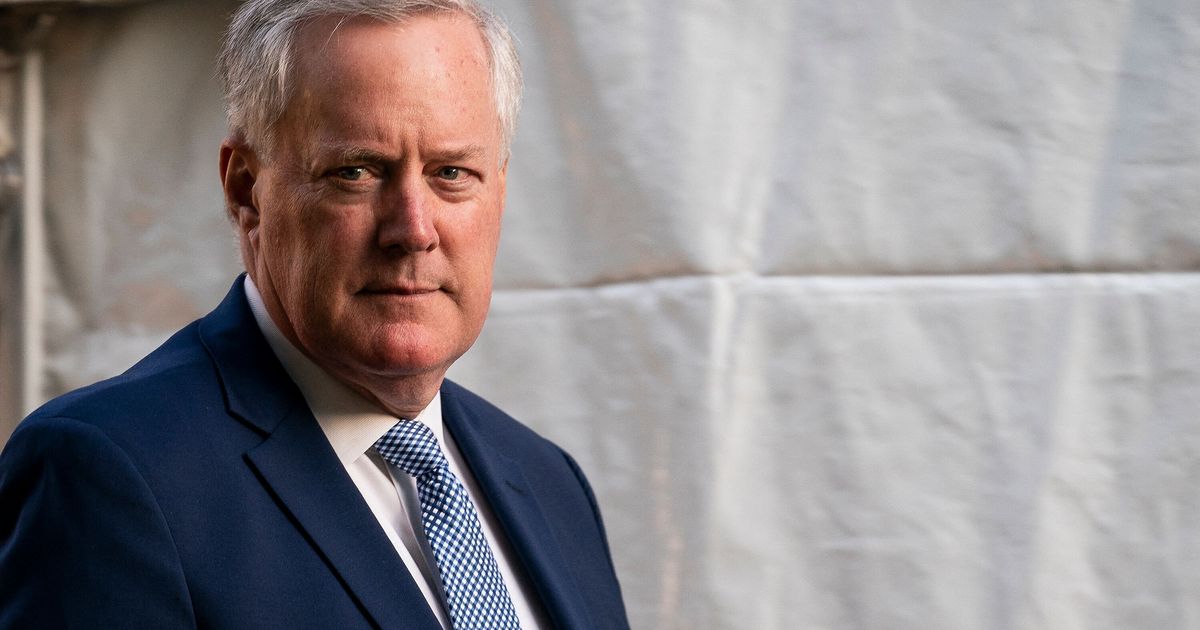 National Archives officials were reportedly led to imagine a yr ago that former President Donald Trump had taken nothing but “news clippings” with him back to Mar-a-Lago, based on a report from The Washington Post.

Nonetheless, Trump was found this yr to have brought top-secret classified materials to his Florida golf club, where they were kept in a flippantly secured storage room ― a undeniable fact that has raised significant national security concerns.

Citing unnamed people accustomed to the conversations, the Post said that the misleading information had come from Mark Meadows, Trump’s former chief of staff, who relayed it to Pat Philbin, the previous deputy White House counsel.

Philbin then passed on the claim to officials from the National Archives during a September 2021 phone call, based on the Post. He reportedly said that Trump’s team was not aware of any materials taken from the White House beyond 12 boxes of reports stories.

A spokesman for Meadows told the Post that he had not personally reviewed the materials but was reasonably relaying information given to him.

After a president leaves office, all records and documentation turn out to be the legal property of the National Archives under a law enacted within the wake of the Watergate scandal.

The Archives began to suspect that some records were missing from Trump’s presidency not long after he decamped to Mar-a-Lago. Negotiations between Trump’s team and the National Archives, nonetheless, only led to a partial recovery of documents until the FBI conducted a search on Trump’s property in August to gather what they believed to be the rest.

The Justice Department is currently investigating Trump’s improper handling of the documents, but the hassle has been slowed by a lawsuit from Trump.