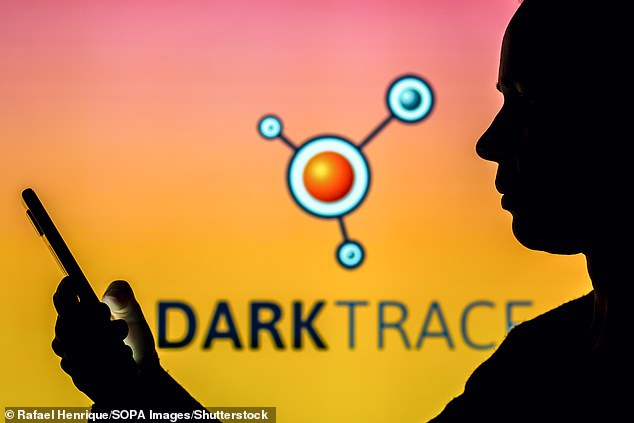 MARKET REPORT: City braced for swoops on Darktrace and Ted Baker as Astra gets a shot within the arm from cancer drug trial success

Shares in Darktrace can be in focus today after it was approached by a US private equity giant.

The cyber-security group confirmed last night after markets closed that it had been approached by Thoma Bravo.

Shares are expected to soar on the bell this morning on hopes the discussions between the 2 amount to a firm offer.

Talks: Cyber-security group Darktrace confirmed last night after markets closed that it had been approached by Thoma Bravo

Darktrace, led by chief executive Poppy Gustafsson, said: ‘Discussions are at a preliminary stage and there will be no certainty that any offer can be made, nor as to the terms of any such offer.’

Thoma Bravo has until September 15 to make a bid.

If Darktrace were to be taken private, it will be one other hammer blow for the London stock exchange, which has been plundered by buyout sharks for the reason that Covid-19 pandemic began.

Traders will even be eyeing Ted Baker shares amid reports that the US company behind Reebok is closing in on a £200million takeover.

Based on Sky News, the board of Ted Baker is ready to recommend a 110p-a-share offer from Authentic Brands Group (ABG), which is run by Canadian billionaire Jamie Salter. The deal might be announced as early as today.

The worth is considerably lower than the 160p that ABG was preparing to supply in May. However it is higher than last night’s closing price of 93.1p (up 4.7 per cent, or 4.2p) and the low of 69p in July. 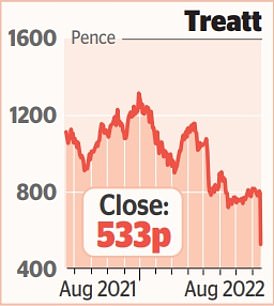 Treatt shares hit a two-year low after a profit warning.

The ingredients firm said business had been hit by lower demand for tea within the US in addition to Covid-19 restrictions in China. Profit margins were also dented by ‘significant’ cost inflation and the ‘rapid devaluation’ of the pound against the US dollar.

Treatt expects a profit of £15million-£15.3million for the 12 months to the top of September, down from previous forecasts of around £21.7millio.

AstraZeneca received a shot within the arm following positive data from a clinical trial of one among its key cancer drugs.

The FTSE 100 pharma giant rose 2.3 per cent, or 250p, to 10962p after reporting its Enhertu treatment showed a ‘statistically significant and clinically meaningful improvement’ within the survival of patients with a sophisticated type of breast cancer who had previously been treated for the disease using a special therapy.

The outcomes mean patients treated with the drug can live longer without their disease worsening, and overall survivability also improved.

The trial results are one other boost for Enhertu, which was developed by AstraZeneca and Japanese partner Daiichi Sankyo.

Last week, the drug secured approval from US regulators to be used in each a sort of breast cancer and an aggressive type of lung cancer. Brokers have estimated the treatment could generate billions in sales.

GSK and Haleon have been under pressure amid mounting investor concerns they might get caught up in a lawsuit involving a heartburn drug within the US.

GSK has been connected with impending personal injury lawsuits concerning Zantac, a once-popular drug within the US and the UK, which was pulled from shelves in 2019 amid fears it contained a chemical that caused cancer.

The decline means Haleon’s shares have fallen 21 per cent since they listed last month, leaving it value lower than £25billion, half the £50billion Unilever offered for the business earlier this 12 months.