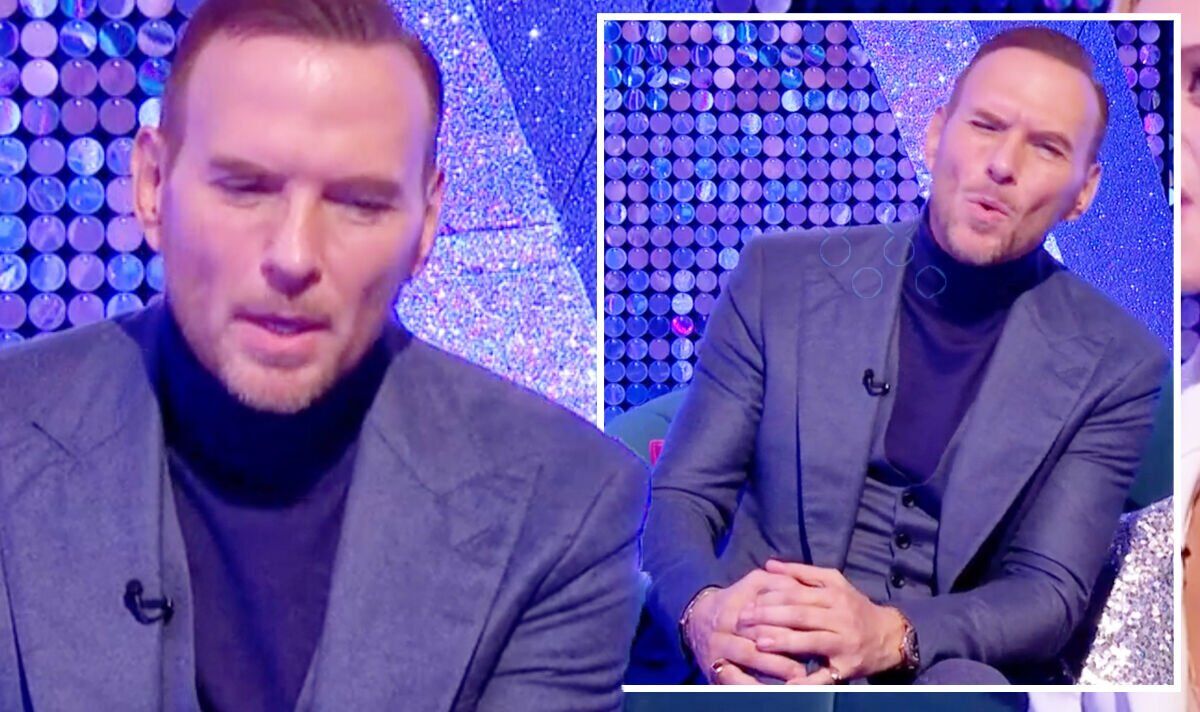 Despite ending near the foot of the leaderboard during Movie Week on Strictly Come Dancing, Matt Goss and Nadiya Bychkova managed to avoid the dreaded dance-off and secure their spot in the following stage of the competition. In the long run, BBC presenter Richie Anderson and his pro partner Giovanni Pernice said their goodbyes, meaning Matt and Nadiya will dance again in Week 4.

The Bros singer and Nadiya can be hoping to propel themselves up the leaderboard in Week 4 by dancing the Jive to Paul McCartney’s classic song, All Shook Up.

But appearing on Wednesday’s It Takes Two, Matt admitted the fast-paced rehearsals have left him moderately worse for wear.

Teasing what’s to come back for the pair, Janette asked: “Nadiya, you’ve got a number of days of coaching now, you’re into Wednesday, how’s the training going?”

“It’s going great. I can hear all the various sounds,” Nadiya quipped, referring to Matt’s complaints.

Matt then winced as he replicated his training struggles by grabbing his knee and exclaiming: “Oooh, aaah.”

The singer added: “It’s like my knee, truthfully, it seems like a distant relative that’s offended with me.”

Nadiya then weighed back in: “(I hear) all of that, all of those (sounds).”

Nonetheless, it isn’t just Matt who’s feeling the negative uncomfortable side effects of their upcoming routine.

Nadiya admitted: “I’m feeling it! The way in which he’s learning to bop, he’s like, ‘Okay, we learned the structure, now music please!’

“Wow,” Janette replied, seemingly impressed that Matt had been in a position to put an expert dancer through the wringer.

Spotting Janette’s excitement, Matt jokingly clapped and said: “Yeah round of applause on your pain!”

Nadiya set free fun before Janette delved further into the ’50s-inspired routine ahead.

“Is it nice so that you can get into character with this one?” Janette asked, to which Matt replied: “Yeah, I believe the front end of it’s all character-based.

“And clearly the Viennese Waltz is all character which was beautiful.