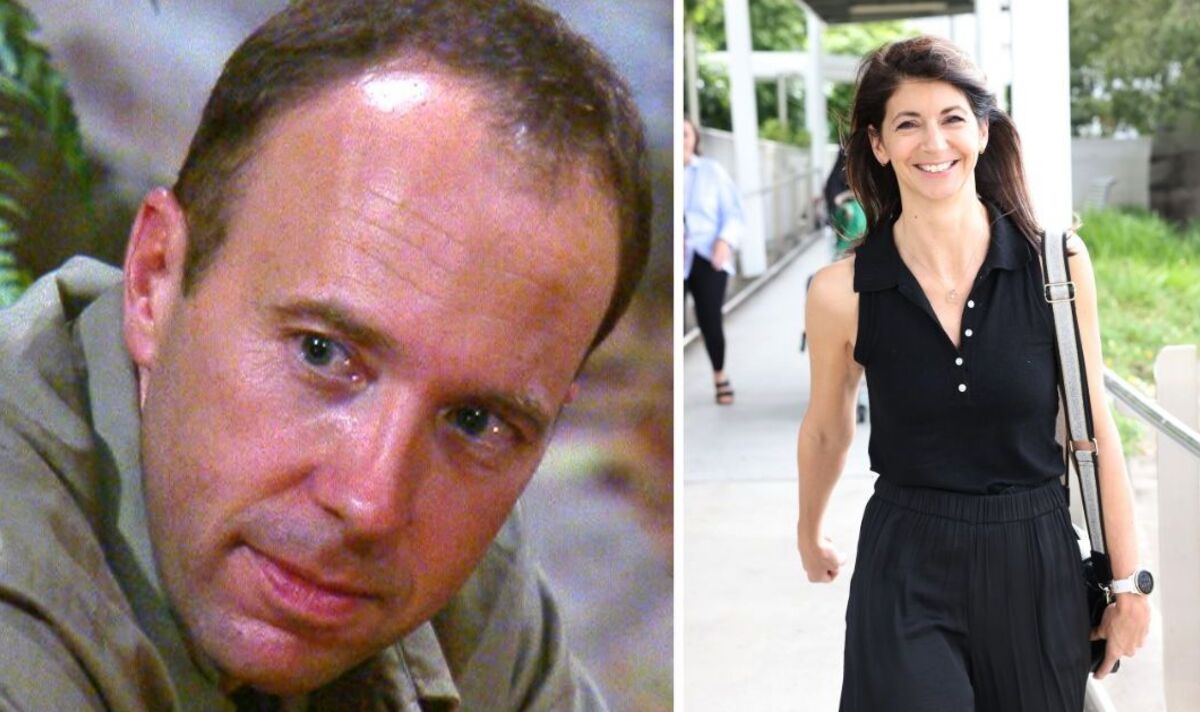 I’m A Celebrity… Get Me Out of Here! eliminations have begun with the celebrity’s families flying over to Australia to greek them as they cross over the enduring bridge as they exit the jungle. This 12 months, former Health Secretary Matt Hancock entered the competition after receiving scrutiny from the general public. Now, his girlfriend Gina Coladangelo has flown over to Australia to greet him as he makes his exit however it has been reported that she has not been mingling with the remainder of the families.

Throughout the coronavirus pandemic and the height of Matt’s profession as Health Secretary, Gina was his aide.

The pair, who were each married, were caught having an affair on CCTV in his office, leaving most of the people outraged.

Matt was also scrutinised for not following his own “guidelines” of staying in their very own bubble and never travelling for unnecessary reasons.

Since his arrival on the show, he admitted to campmates that he did break his own guidelines, but insisted that he did it for “love”.

She has recently arrived in Australia, awaiting her boyfriend’s exit from the series, but reportedly been steering clear of the remainder of the families.

A source reportedly told The Sun: “It’s strange that she’s rarely mingled with anyone else to date.”

They claimed that she has been sunbathing away from Jill Scott’s fiancée Shelly Unitt and Seann Walsh’s partner Grace Adderley.

All members of the family of the campmates have been staying on the five-star JW Marriott hotel in Surfers Paradise, on Australia’s Gold Coast.

In keeping with bookmakers Ladbrokes, Matt is the subsequent celebrity to be eliminated from the show with odds at 8/1.

Alex Apati of Ladbrokes said: “We finally have a correct race on our hands for this 12 months’s I’m A Celebrity crown, with Owen Warner leapfrogging Jill Scott to go the betting.”

He added: “Elsewhere, while Sue was once among the many frontrunners to go all the way in which, she now looks a dead cert to be sent packing next.”

Charlene was the primary celebrity to be eliminated from the series after the general public vote, spending 14 days in camp.

Chatting with presenters Ant McPartlin and Declan Donnelly after her exit, she said: “It’s been a journey and I absolutely loved living with those guys, they were good.”

Touching on what it was prefer to be in camp with Matt, Charlene admitted: “I believed it might be really difficult doing my job once I’d spent the night with a politician.

“Not in that way, I needed to think in regards to the job I do once I get out of here and I didn’t want anyone to think my impartiality would go because I’d slept within the RV with him.

“And I said I’d sleep within the hammock.”

I’m A Celebrity… Get Me Out of Here! airs every day from 9pm on ITV.