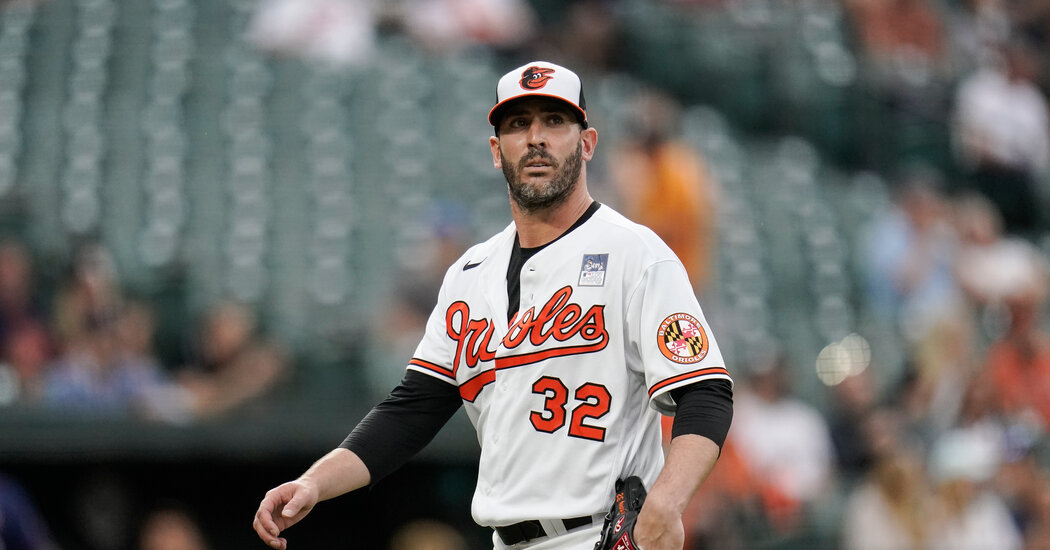 Matt Harvey, a veteran pitcher on a minor-league contract with the Baltimore Orioles, was suspended for 60 games by Major League Baseball on Tuesday for distributing a prohibited drug of abuse.

Harvey, who was once the ace of a Mets starting rotation that led the team to the 2015 World Series, openly discussed his drug use in the course of the trial of Eric Kay, a former Los Angeles Angels worker who was found guilty on two charges over his role within the death of Tyler Skaggs, a pitcher on the team. Skaggs, a teammate of Harvey’s on the Angels in 2019, was found dead at age 27 in a hotel room in Texas after overdosing on a combination of medication, including fentanyl.

During Kay’s trial, during which Harvey and a number of other former teammates were candid about drug use amongst Angels players, Harvey, 33, said cocaine was his drug of selection but that he began using Percocet, an opioid, in the course of the 2019 season. He said he shared a few of the Percocet with Skaggs. Federal prosecutors said Skaggs was killed by fentanyl provided to him by Kay, not the Percocet given to him by Harvey, who received immunity from prosecution in exchange for his testimony.

Kay’s lawyers, who contended the drugs provided by Harvey might have been what killed Skaggs, asked Harvey if he had ever asked his teammate to watch out along with his drug use.

“Looking back, I wish I had,” Harvey said. “In baseball, you do every little thing you may to remain on the sector. On the time, I felt as a teammate I used to be just helping him get through whatever he needed to get through.”

In M.L.B.’s announcement of Harvey’s punishment, the league stated Harvey had violated the terms of the joint drug prevention and treatment program by distributing a drug of abuse and that the suspension was retroactive to April 29. Under the terms of his contract with Baltimore, Harvey would receive $1 million this season if he makes the team’s 40-man roster. He has not pitched in any games, major or minor league, this season.