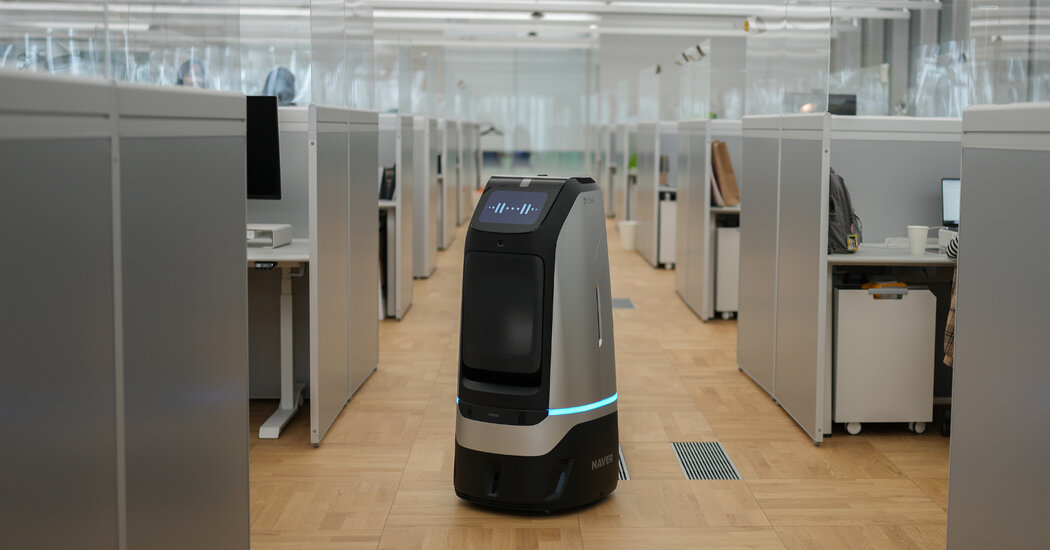 As a part of its research, Naver has also published studies in the sphere of human-robot interaction. After a series of experiments, for instance, Naver concluded that the optimal spot for a robot in a crowded elevator with humans was the corner next to the doorway on the side opposite of the elevator buttons. Putting the robot in the back of the elevator made humans uncomfortable, Naver’s researchers found.

The corporate’s engineers also designed animated eyes that gaze within the direction that the robot is headed. They found that employees were higher capable of anticipate the robot’s movement in the event that they could see its gaze.

Not one of the machines look human. Mr. Kang said the corporate didn’t want to present people the misunderstanding that robots would behave like human beings. (Some robotics experts consider that humanoid robots make humans more, not less, uncomfortable.)

Naver, after all, isn’t the one tech company attempting to advance robot technology. Rice Robotics has deployed lots of of cartoonish, boxy robots that deliver packages, groceries and more in office buildings, shopping malls and convenience stores around Asia. Robots like Optimus, a prototype that Tesla unveiled in September, are designed to be more like humans, and carry boxes, water plants and more, but they’re a great distance from being deployed.

Victor Lee, the chief executive at Rice Robotics, said he was impressed when he saw videos of the machines and Naver’s robot-friendly constructing. While Rice’s delivery robots function otherwise, Naver’s approaches “made sense,” he said. “Naver obviously has far more development budget on these moonshot projects.”

Naver said one virtue of its robots was that they’re intentionally “brainless,” meaning they usually are not rolling computers that process information contained in the machine. As an alternative, the robots communicate in real time over a high-speed, private 5G network with a centralized “cloud” computing system. The robots’ movements are processed using data from cameras and sensors.