Melania Trump Suddenly Claims To Be A Big Fan Of Christmas 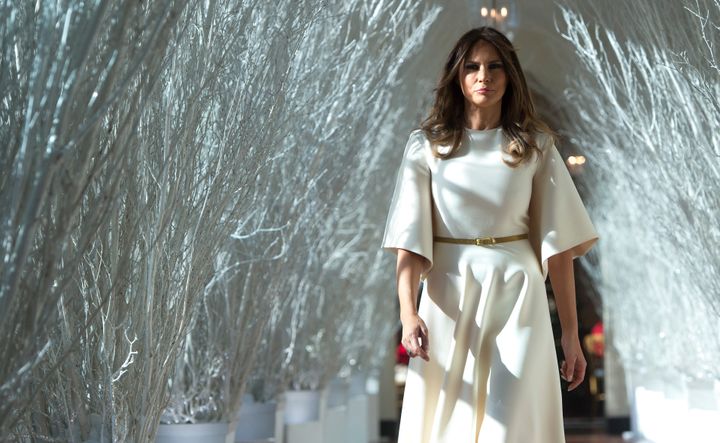 Melania Trump wants people to know that she’s got nothing against Christmas.

It’s been nearly two years since a secret recording of the previous first lady was released wherein she complained to her then friend and aide, Stephanie Winston Wolkoff, about working “my ass off at Christmas stuff” on the White House.

“Who gives a fuck about Christmas stuff and decoration? But I would like to do it, right?” Melania Trump said within the recording of the 2018 phone call released by Wolkoff.

But now Melania Trump desires to “set the record straight” ― just as she’s launched a latest line of Christmas ornaments and corresponding NFTs.

“I’ll personally set the record straight since the mainstream media has failed to offer context for these misleading exchanges,” she said in an announcement to right-wing outlet Breitbart. “Christmas is a vital time for me, my family and the American people, and my devotion to the vacation is personal and profoundly serious.”

She claimed Wolkoff “spitefully edited and released our conversation to create the perception that Christmas just isn’t significant to me.”

“Melania Trump must attack ME to sell Christmas ornament NFT’s. What’s Melania anxious about? She will be able to’t sell ornaments on her own?” she tweeted, calling the statement “fiction.”

“A portion” of the proceeds from the ornaments will go toward considered one of Melania Trump’s “Be Best” initiatives for foster care children, based on Fox News.

Melania Trump’s stylistic selections for White House Christmas decor invited controversy on several occasions. In 2017, she decorated the East Wing hallway with stark white branches, which spawned a meme and comparisons to horror movies. In 2018, she went with an assortment of crimson trees that The Washington Post dubbed a “nightmare forest” paying homage to costumes in “The Handmaid’s Tale.”