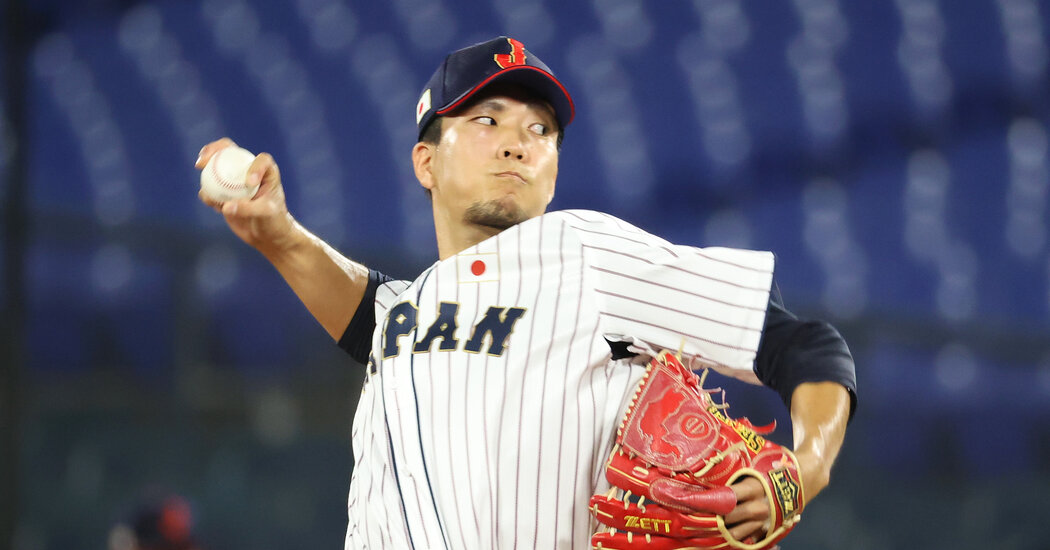 When Major League Baseball’s owners tried to curtail overspending by making a third tier of the posh tax, it was immediately nicknamed the Cohen Tax. Steven A. Cohen, the owner of the Mets, took that as a compliment.

“It’s higher than a bridge being named after you,” he said on the time.

Cohen, a billionaire who’s the richest owner in baseball, vowed that the tax wouldn’t stop him from spending, and he has proved that in a wild off-season wherein he has followed up his team’s 101-win season by spending big on Justin Verlander, Brandon Nimmo and Edwin Díaz. The spending spree continued Saturday when the Mets got here to terms with Kodai Senga, a right-handed starter from Japan’s Fukuoka SoftBank Hawks, on a five-year, $75 million contract.

Senga will slot in because the Mets’ No. 3 starter. His contract, which has yet to be finalized but was confirmed by an individual aware of the negotiations who spoke on condition of anonymity, will push the team far deeper into the Cohen Tax. Combined with the opposite tiers of the posh tax, the Mets would currently be expected so as to add around $80 million to the team’s 2023 payroll, for a combined outlay of greater than $400 million — by far essentially the most total dollars spent on an M.L.B. team.

With Senga, 29, the Mets are buying in on a free-agent ace who has long desired a probability to prove himself against M.L.B.’s batters along with his “ghost fork,” a deceptive, changeup version of a split-finger fastball that tumbles because it approaches the plate. He complements his signature pitch with a fastball that touched 101.9 miles per hour last season.

Senga asked to be posted after the 2019 and 2020 seasons, but was turned down by the Hawks, the one team from Nippon Skilled Baseball that has not posted a player in the present system. As an alternative, Senga was forced to attend until he reached international free agency, which suggests the Mets weren’t required to pay a fee to the Hawks to sign him.

Several clubs were said to be thinking about Senga. He’s a longtime admirer of Yu Darvish, a starter for the San Diego Padres who also began his profession in Nippon Skilled Baseball. Because Senga and Darvish have trained together during off-seasons in Japan, there was speculation that the Padres may need the within track to sign him.

“I like him,” Mets Manager Buck Showalter said of Senga on the winter meetings in San Diego last week while noting that it’s difficult to project Japanese pitchers for a wide range of reasons, reminiscent of the increased workload of pitching every fifth day as an alternative of once per week, as they do in Japan. Also, the scale of the baseball itself is a bit smaller in Japan.

But “an excellent pitcher is an excellent pitcher,” Showalter said. “You’re at all times fascinated about the load of pitching every fifth day in comparison with the opposite one, but they said that about some really good Japanese pitchers that got here over here and did well.

“So he’s an excellent one. We’ve talked with him. And he’s impressive. You’ll be able to see why they think so highly of him. I enjoyed our little talk with him.”

Senga threw a no-hitter in 2019 for the Hawks and in addition pitched for Japan within the 2020 Olympics, working a scoreless sixth inning in relief within the gold medal game as Japan beat america, 2-0.

The chief concern for Senga might be his durability. He was sidelined for many of 2014 with a shoulder injury and has had elbow soreness periodically since. Partly due to that, he has thrown greater than 150 innings in a season only twice in 11 seasons. His 144 innings pitched in 2022 were essentially the most he had thrown since 2017.

Showalter likened the routine change from Japan to M.L.B. to that of a “Friday night pitcher” in college baseball. “They’re pitching possibly once per week,” he said. “Unexpectedly you’re asked to post up every fifth day. Now, they’re throwing 140, 150 pitches in that once-a-week thing, so are you able to shorten them up at 90 and 100 and have them pitch every fifth day? And OK, what if you happen to’re fallacious? That’s the thing you’re at all times considering.”

Any doubts didn’t dissuade the Mets from continuing their spending spree this month, during which they’ve committed $359 million to 5 free agents: Senga, Verlander (two years, $86.6 million), Nimmo (eight years, $162 million), the left-hander José Quintana (two years, $26 million) and reliever David Robertson (one yr, $10 million). The Mets also prolonged Díaz (five years, $102 million) on the most important contract ever given to a relief pitcher.

Because the off-season has yet to incorporate the addition of an impact bat, the Mets is probably not done spending.