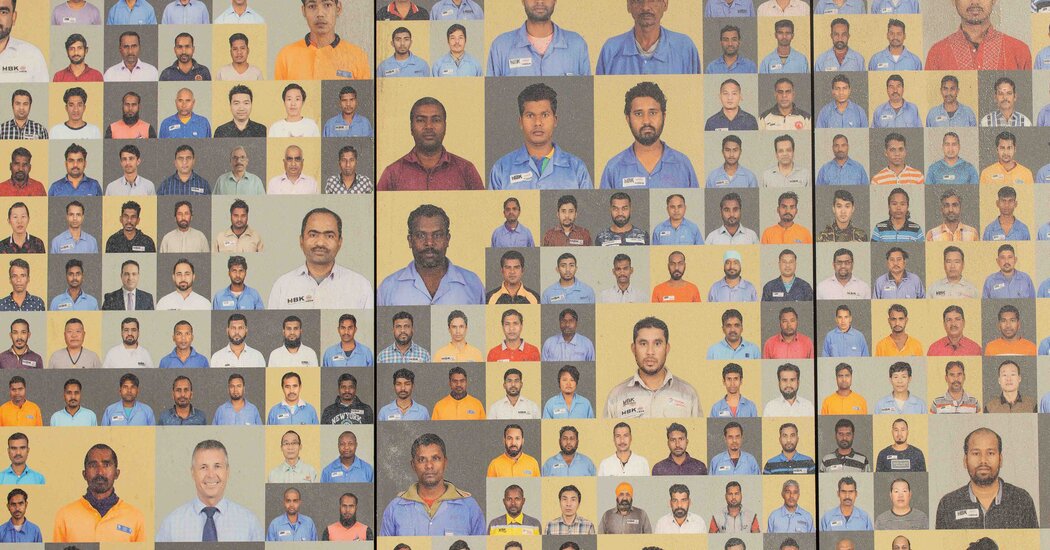 On a Thursday morning last month, multiple flights were leaving for Dubai, Doha, Abu Dhabi and Kuala Lumpur, the capital of Malaysia, the most important employer of Nepalis outside the Gulf countries. Departing passengers are funneled into certainly one of three lines: one for Nepalis, one other for foreigners and one other marked by a board that reads, “Nepali Migrant Employees.” That lane was by far the busiest.

Bigyan Rai, 32, said he had worked in television promoting and as a model in his younger days before the roles dried up. Standing in line on the airport, he was leaving his country, his family and his 10-month-old son. He has no higher option, he said, amid an absence of opportunities and the endemic corruption of a system that takes advantage of the powerless.

“Sometimes,” he said, “I feel very unlucky to be Nepali.”

In Kathmandu, billboards, partitions and buses are plastered with advertisements offering visa and work placement services so far as Canada, Australia, Japan and South Korea. However the siren of overseas jobs is heard loudest within the countryside.

In some ways then, there’s nothing remarkable concerning the village of Sonigama, a set of mostly mud-and-timber buildings surrounded by row upon row of sugar cane and paddy fields. Like nearly every town and village in Nepal, Sonigama is the sort of place that men willing to work wish to leave.

At the sting of the village, Tetri Sharma is sitting on the grassy knoll next to a pond, waiting for a ride to a neighboring village. Sharma says two of her sons are within the Gulf region, one in Qatar and one other in a spot she cannot recall. A number of minutes later, a person named Ram Prasad Mandal approaches the water. Wearing a sarong and a stained white T-shirt, he’s leading a buffalo toward the water with a picket staff. Mandal, 55, says he, too, has a son within the region. His oldest son, Upendra, is working as a cleaner in Dubai.