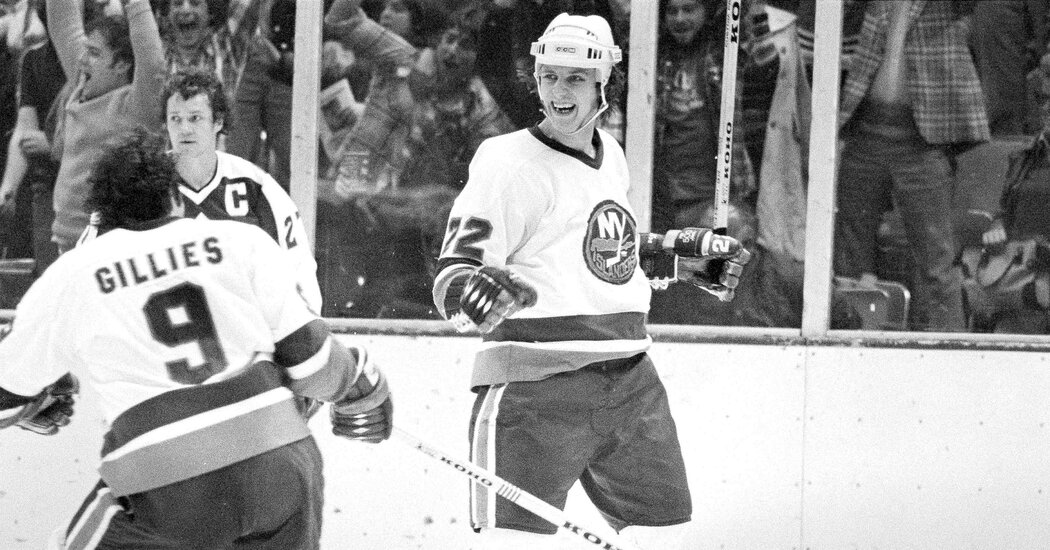 Oh, my goodness: Mike Bossy, after his magnificent hockey profession was over, got here to feel the Recent York Islanders were underappreciated. Who could tell?

Bossy, who died Friday at 65, was the indispensable artiste — as they are saying in his native Quebec — of the best team I ever covered: so many superb players and mentalities who got here through, game after game.

In a single unforgettable Stanley Cup final round in 1982, I witnessed Bossy poaching a game-winning time beyond regulation goal in the primary game, and within the third game, in Vancouver, he was sent flying by his antagonist, Tiger Williams, only to sling a goal while in midair. Unmatchable.

Yet Bossy once told Sports Illustrated that he felt the Islanders weren’t appreciated.

Simply because the Islanders played in a colorless barn within the flat Long Island suburbs?

Simply because the Islanders were a frugal and low-key organization that treated the Stanley Cup finals very similar to just one other home game?

Simply because the rival and underproducing Rangers got more attention straggling out of Manhattan watering holes long after a game?

Simply because the Edmonton Oilers had the mystique and — fair enough — a willowy scorer nicknamed “The Great Gretzky?”

Bossy was a pale, soft-spoken presence on the ice, and in addition in a steamy locker room, along with his postgame cigarette. (I often referred to that noxious presence; I believe of it now that he has died of lung cancer.)

Athletic geniuses aren’t necessarily the go-to guys for reporters in search of insight after a win or a loss. But Bossy was as decent as they arrive, willing to deal with the state of the club. And it was a fantastic club for human beings — earnest Bob Nystrom, incisive Bob Bourne, jocular tough-guy Clark Gillies, standup Denis Potvin, and the bilingual Swedes, Anders Kallur and Stefan Persson. Unappreciated? Not by moi.

I still consider them as The Boys of Winter, a paraphrase of Roger Kahn’s homage to the Brooklyn Dodgers — “The Boys of Summer.” Such memorable characters, including deadpan Al Arbour, glinting behind his spectacles, the bully behind the bench, picking on the players who could take it.

Bossy? Arbour told him to exit and rating goals. That’s the way you treat the resident artist.

Bossy had the touch. He developed it on the flooded rink in his family’s Montreal backyard. (One other favorite hockey artiste of mine, Pierre Larouche of Quebec, talks about hearing — hearing — the rate and direction of the puck skittering on a frozen pond long after sundown. Follow the sound.)

When Bossy got here up with the Islanders in 1977-78, he was soon paired with two linemates who created a unit that will last a decade. Hockey lines — scuttling out for a quick minute or two, then ducking to the bench to revive energy — are unlike some other team-within-a-team in sports.

Bossy was paired with Gillies, who could rating and defend and will also beat the poutine out of an annoying opponent, and Bryan Trottier, a two-way artist — scorer and passer, plus a coldblooded assassin. Trottier and his pal Bossy were friends, so different in style and temperament, complementing one another marvelously.

Within the grubby confines of the Nassau Coliseum, the Canucks battled the house team into time beyond regulation in the primary game, and a seasoned defenseman, Harold Snepsts, was controlling the puck. Snepsts saw a lane open, and flicked the puck sideways — the obstreperous Tiger Williams claimed he yelled for his teammate to carry on to the puck — but out of the shadows and the ice glare got here Mike Bossy, on instinct and experience, intercepting the pass and one-timing it for the sudden-death goal.

The Islanders won the second game, and each teams flew across the continent. Within the third game, Williams was throwing himself around in front of the house fans, muscling Bossy when he could. But Bossy managed to follow through on a shot, while virtually horizontal above the ice, for a goal, and the Islanders won the third game, and the fourth — an artiste at the height of his skill.

Two years later, the Islanders had won 4 straight Stanley Cups, and bumped into the maturing Oilers. The teams split the primary two games on Long Island after which repaired to the province of Alberta for 3 straight games on the market. The Islanders gave the impression to be skating on a surface of Slurpees, their core players having undergone the equivalent of 1 extra season of exhausting Stanley Cup hockey, and the Islanders didn’t win a game in Edmonton. The run was over.

Now the Islanders needed to talk, or not talk, in regards to the dethroning. The next paragraphs give an idea what type of person Mike Bossy was:

“That is probably the most upset I actually have ever felt in my profession,” Bossy said. “There’s at all times been a sense we could overcome our setbacks. We were even on the brink earlier this 12 months. But you never feel it’s going to occur. It’s a crushing feeling.”

Asked if he had noticed the young Oilers racing toward a mid-ice celebration because the seconds ticked away, Bossy showed the empathy we had come to expect: “It jogged my memory of after we first won the Cup. The sensation of, ‘Ultimately, we won it.’ That’s what I could sense in them.”

We tried to subtly suggest that the Islanders might need skated into hockey old age, after losing the Cup for the primary time and confronting the changes that were probably inevitable.

“I really like every guy on this team,” Bossy said. “To think a few of them may not be here is depressing. You hate to see guys go who you’ve had emotional good times with. But that’s as much as the organization.”

Bossy was asked if it helped to appreciate that the Islanders had been dethroned by a very good team, not by a lucky team. He said: “They’re a very good team, little doubt about that, but that doesn’t help much.”

He wound up playing three more seasons, somewhat gingerly, on a wiry body that had been pummeled and knocked down far too often. He left behind grand statistics, and have become a humorous commentator, in French and English, on hockey and life itself. When he got here back to Long Island, he was as approachable as ever.

Were the Islanders — and Mike Bossy — underappreciated at the highest level of their sport? Not here.