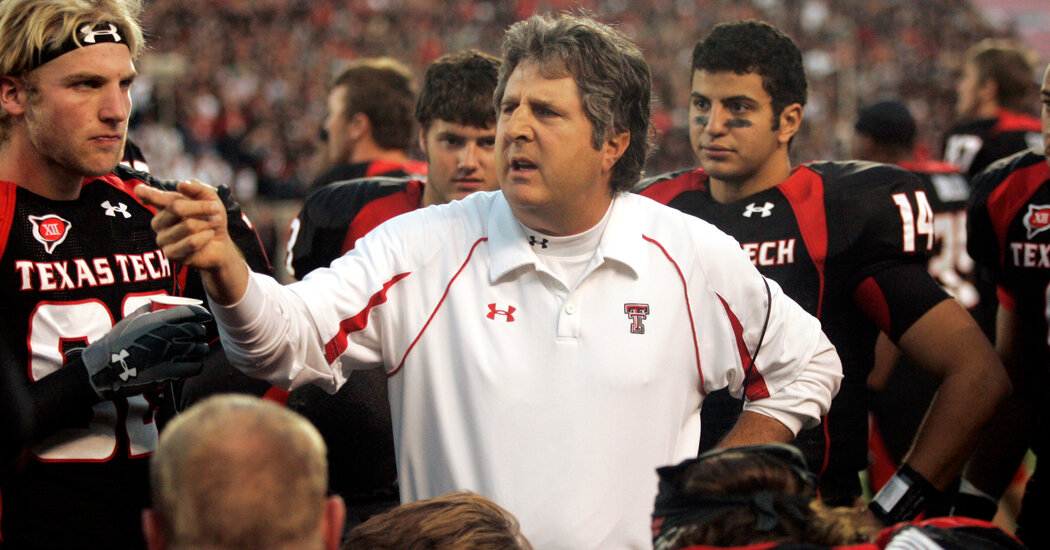 In 2020, shortly after he left Washington State for Mississippi State, Leach shared on Twitter a Coronavirus-related meme, which he later deleted, that presented a picture of an older white woman with knitting needles. Its caption read, “After 2 weeks of quarantine together with her husband, Gertrude decided to knit him a shawl.”

Nevertheless it wasn’t a shawl; it was a noose, which evoked the Deep South’s history of lynching Black people. Leach apologized and was ordered by the university to undergo sensitivity training.

A defensive lineman, Fabien Lovett, who’s Black, transferred to Florida State, saying he felt that Leach’s apology was insincere and that the university’s response insufficient.

Leach was also known for his off-the-field football interests. He taught a course at Mississippi State on the connection between football and insurgent warfare. Along with his autobiography, he wrote “Geronimo: Leadership Strategies of an American Warrior” (2015, with Buddy Levy).

And, fascinated by pirates, he kept a talking life-size model of 1 in his office and carried the buccaneer theme into lectures to his players. Following an time beyond regulation loss, he talked to his team about pirates for 3 hours. When he was interviewed on “60 Minutes” in 2008, he recounted one other lecture he had given.

“I brought his sword in, this pirate sword replica, and I talked about how are you gonna swing this sword?” Leach said as he wielded the weapon. He asked his players in the event that they were going to wield it “uncontrolled,” blindly, or with precision. He noted how “even probably the most derelict pirates” sharpen and polish their swords, then compared that to the best way players work out in weight rooms.