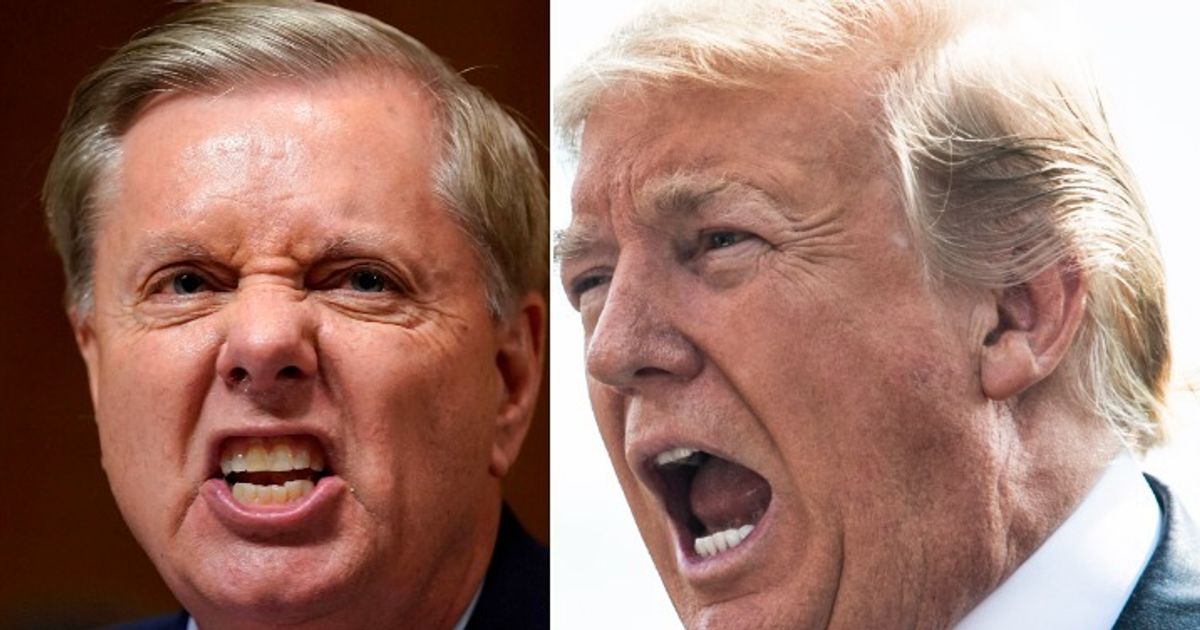 Sen. Lindsey Graham (R-S.C.) was sharply criticized Monday after he ominously warned of “riots within the streets” if the Department of Justice dares file charges against Donald Trump for ignoring the Presidential Records Act and stashing top secret records at his home.

“Just try it,” Joe Scarborough of MSNBC’s “Morning Joe” show appeared to taunt Graham and his supporters the day after the senator raised the specter of national violence on Fox News if Trump is charged with a criminal offense.

Scarborough noted it’s a situation that will be completely unacceptable to Graham within the case of Black Lives Matter protests, yet the senator looked as if it would issue it as a threat if officials refuse to treat Trump as beyond the reaches of the law. The clip of Graham’s comments were quickly shared by Trump on Truth Social.

“Lindsey, when you try to fire up Republican riots, when you think Republicans are going to riot within the streets, they’re not above the law,” Scarborough warned. “They’ll be arrested. They’ll undergo the identical thing that individuals who listened to Donald Trump on Jan. 6 are going through. When you break the law, you’re held to account.”

The “answer to Republicans threatening violence within the streets will not be backing down ― it’s holding those people accountable, just as you hold Donald Trump accountable, in the event that they break the law,” said Scarborough.

Over 800 people have been charged with crimes in last yr’s Jan. 6 riot.

“The irony is so wealthy, these those that talked about riots — Black Lives Matter riots; it’s all they speak about,” he added.

“Seriously, [Republicans] act as if there have been no peaceful marches in any respect — riots, riots, it’s all they speak about. Yet they’re fantastic when Trump riots are literally putting democracy in danger, once they’re attempting to overturn an election result.”

Scarborough called it a “hell of transformation” of the one-time “law and order” party with Graham “threatening Republican riots within the streets” if Trump is “held to the identical standard … as anyone else.”

The Washington Post editorial board on Monday called Graham’s remarks a transparent threat, adding, “There is no such thing as a excuse for this irresponsible rhetoric, which not only invites violence but in addition defies democratic norms.”

“I feel it’s incredibly irresponsible for an elected official to make veiled threats of violence, just if law enforcement and the Department of Justice and a grand jury does their job,” former DOJ official Mary McCord said on CNN.

“That’s what the president was referring to once you all asked me last week in regards to the ‘semi-fascism’ comment,” she added.

A column in Esquire said Graham is definitely “scrubbing the ‘semi’ off ‘semi-fascism’” within the continuing saga of the Republican Party’s “rodeo clown gangsterism.”

The White House says Senator Lindsey Graham’s threat of “riots within the streets” should the Dept. of Justice determine to prosecute Donald Trump proves President Joe Biden’s label of “semi-fascism” for the “MAGA Republicans” is correct.pic.twitter.com/f8plA2vcsU