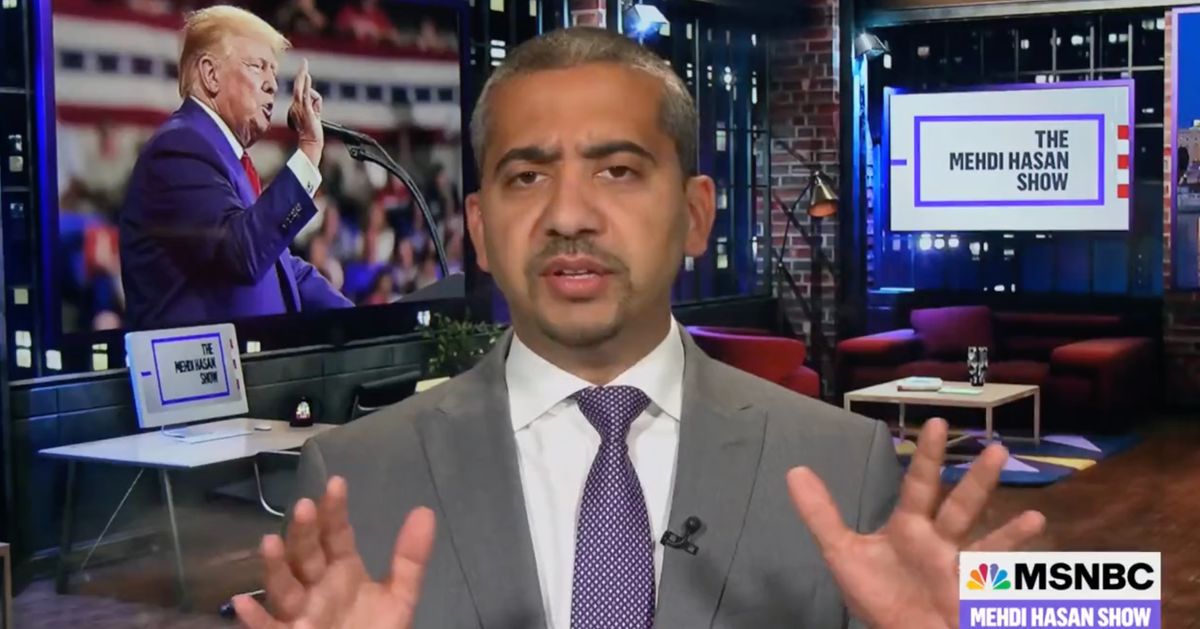 MSNBC host Mehdi Hasan said Sunday the “remainder of the world might be wondering why” Donald Trump hasn’t been prosecuted yet, arguing that other nations routinely prosecute former leaders.

“Speaking as a comparatively latest citizen to this country, one thing that’s uniquely American about [the country] is that no former president of america has ever been charged with a criminal offense,” said Hasan, who was born in England and have become a U.S. citizen in 2020. “While that could appear normal to you, it shouldn’t be normal in every single place else on this planet.”

“Former leaders and countries across the globe are being prosecuted and imprisoned on a regular basis. Really,” he added, citing Israel’s corruption trial for its former Prime Minister Benjamin Netanyahu, France’s three-year prison sentence for its former President Nicolas Sarkozy and Peru’s history of prosecuting its former presidents on corruption charges.

Hasan pointed to a matter posed at a recent White House press briefing by a reporter, who asked if Joe Biden’s administration was concerned in regards to the “signal that it sends to the remaining of the world” that FBI searched Trump’s Mar-a-Lago estate as a part of the Department of Justice’s criminal investigation into whether he illegally took and stored classified documents on the Florida resort.

“The remainder of the world might be wondering why he hasn’t been prosecuted yet,” Hasan said.

“Why we’re a weird global outlier in terms of giving former leaders some type of blanket immunity from prosecution?”

Trump is being investigated under the Espionage Act. The Justice Department recovered sensitive materials potentially containing national security secrets from his home in an Aug. 8 search following multiple failed previous efforts to retrieve them.