My Chemical Romance, Reunited and It Feels So Bruised 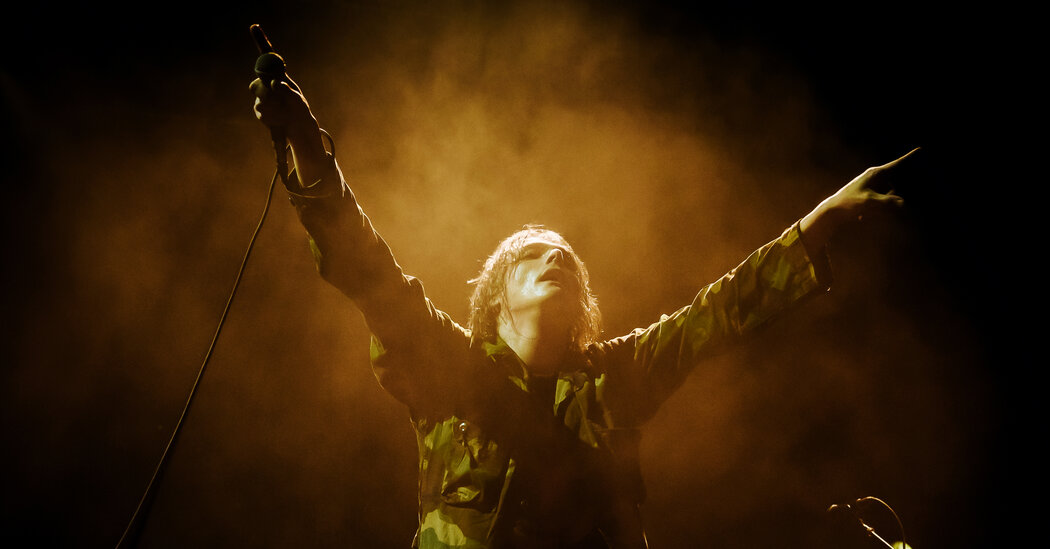 In 2006, My Chemical Romance — by then, an edgy screamo band turned ostentatious pop-punk dramatists — released “The Black Parade,” a flashy and theatrical opus that established the group as art-house emo sophisticates. It maintained a number of the scabrousness of its earlier albums, and smeared big-tent pop ambition atop it: “The Wall” for the “TRL” era.

On Saturday night at Barclays Center in Brooklyn, while performing “Welcome to the Black Parade,” a caffeinated march that’s one in all that album’s signature songs, the band’s frontman Gerard Way saw the gang pumping fists within the air, and encouraged it to go even harder.

The passage of time is an inevitable subtext of all reunion tours. This show, the primary of 4 arena shows within the Recent York area, was a part of the group’s first proper tour in a decade. (Its last studio album, “Danger Days: The True Lives of the Fabulous Killjoys,” got here out in 2010.) In that point, emo has undergone its second or third revival, Way’s comic book The Umbrella Academy has turn out to be a Netflix hit and something concerning the My Chemical Romance mythos has deepened and hardened — it’s now a misfit beacon.

Everyone seems to be older now, and reality sometimes weighs down memory. At this show, that played out as a tug of war between been-there-done-that fatigue and we-survived-this-together triumph, with triumph ultimately triumphing.

The band began tentatively, lading the show’s first half with late profession singles that felt very similar to conventional rock songs — “The Only Hope for Me Is You,” “Boy Division.” It was almost as if this rigorously flamboyant band was by some means shy about its own hits.

“Let me placed on my sunglasses so I can seem like an authority figure,” Way said, after a dry half-hour of fine details. What followed was exuberant, rowdy, winningly messy: the chipper swing of the wry “Teenagers” giving option to the frenzy of “Welcome to the Black Parade.” “Mama” brought the Nutcracker to the mosh pit. “Helena,” perhaps the band’s most memorable song, was part victory march, part plea.

These epic anthems about fearlessness, revolt and individuality were bracing. But the strain between the show’s two halves exposed a lightweight quirk about this band, which is that usually what set it aside from its peers was its sense of performance and its willingness to be ambitious while its actual music remained more conventional.

That accessibility is what allowed My Chemical Romance — Way; his brother, Mikey, who plays bass; the guitarists Ray Toro and Frank Iero — to survive long enough to thrive over again. They play with confidence, if not at all times warmth. (It was Mikey’s forty second birthday, and a few speakers onstage were adorned with drawings made by his children; a lot of the band wore T-shirts celebrating him.)

In front of trompe l’oeil installations of demolished buildings, the group was musically robust — Toro delivered taut chaos, and the touring drummer Jarrod Alexander was blistering, closing out the heart-rending anthem “I’m Not Okay (I Promise)” with sensitive aggression after which shifting right into the punchier intro of “House of Wolves.” There have been occasional flickers of rockabilly, ska, even death metal. Way is a lauded wailer, but his growl is just as potent.

At times throughout the show, Way appeared flippantly cautious, never quite oversinging, even on the songs that demand abandon. He wore a camouflage jacket and a T-shirt featuring a smiley face with a bullet hole in its head, blood dripping down the cheerful yellow visage, and toward the tip of the night, he placed on a decent clear mask that had echoes of Patrick Bateman.

It was a manque version of the hypertheatricality that elevated the band out of scene notoriety to pop ubiquity. Late within the show, Way described a conversation he’d had about how you can navigate a comeback tour after so a few years, and the strain between performing for oneself and performing for the gang.

“Possibly for a time it was for me,” he conceded.

But not now. “It’s not concerning the ego,” he said.

And yet. “Sometimes it’s about that,” he continued. “That’s a extremely delicate way of telling you I’m going to manage you straight away.” Everyone pumped their fists in unison.

My Chemical Romance performs at Barclays Center in Brooklyn Sunday night, and at Prudential Center in Newark on Sept. 20 and 21. The tour continues in North America through Oct. 29.