Myrtle Witbooi, Who Fought for Domestic Employees’ Rights, Dies at 75 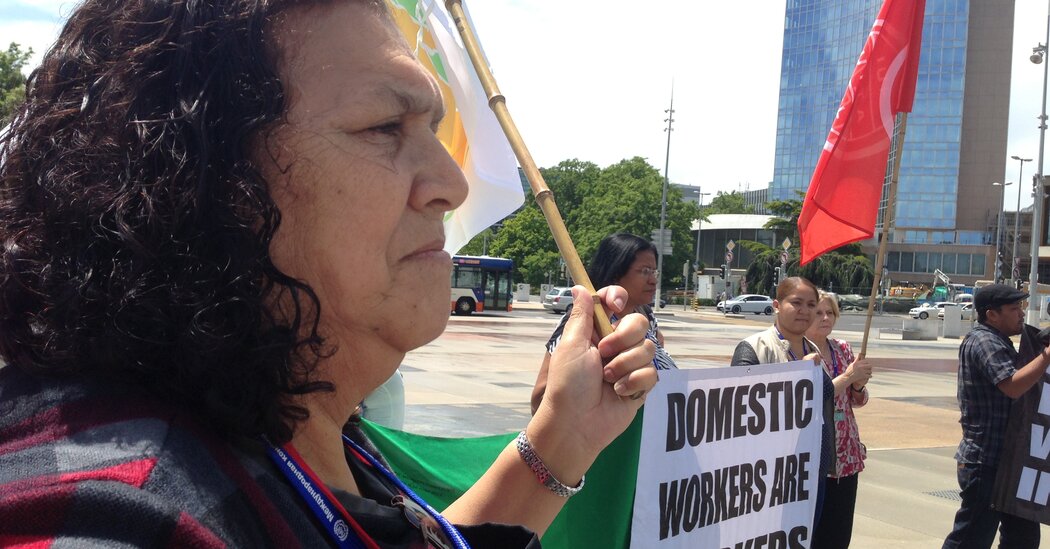 “The institution of domestic service itself constitutes apartheid’s Deep South,” Jacklyn Cock, a sociologist, wrote in “Maids and Madams,” a study published in 1980. “It’s the crudest, and most hidden, expression of inequality on this society.”

Only in 2002 did the federal government introduce a minimum wage for domestic staff. The present minimum is the equivalent of $1.34 per hour but is commonly undercut, particularly for migrant staff from other African states.

Myrtle Michels was born on Aug. 31, 1947, within the small town of Genadendal, east of Cape Town, the situation of one in all South Africa’s oldest Christian mission stations. Her mother, Maria, was a cook, and her father, Johannes, was a carpenter.

She married Cedric Francois Witbooi, an electrical technician, in 1973. Their marriage broke up within the Nineteen Eighties, she said, due to her time-consuming work as a union shop steward in a factory after she left domestic employment. Mr. Witbooi died around 20 years ago, in accordance with Dr. Fish.

Probably the most difficult a part of her job, she once said, was the strain on her family.

“What makes us hurt is being separated from our kids,” she said. “It’s also like you’re feeling that you just don’t belong anywhere, even amongst your personal people.”

At times, her union work was hampered by financial and organizational challenges. The South African Domestic Employees Union dissolved in 1996, succumbing to “financial difficulties and disagreements among the many leadership,” Debbie Budlender, an creator and researcher on the University of Cape Town, wrote in a paper for the International Labor Office in Geneva in 2016.