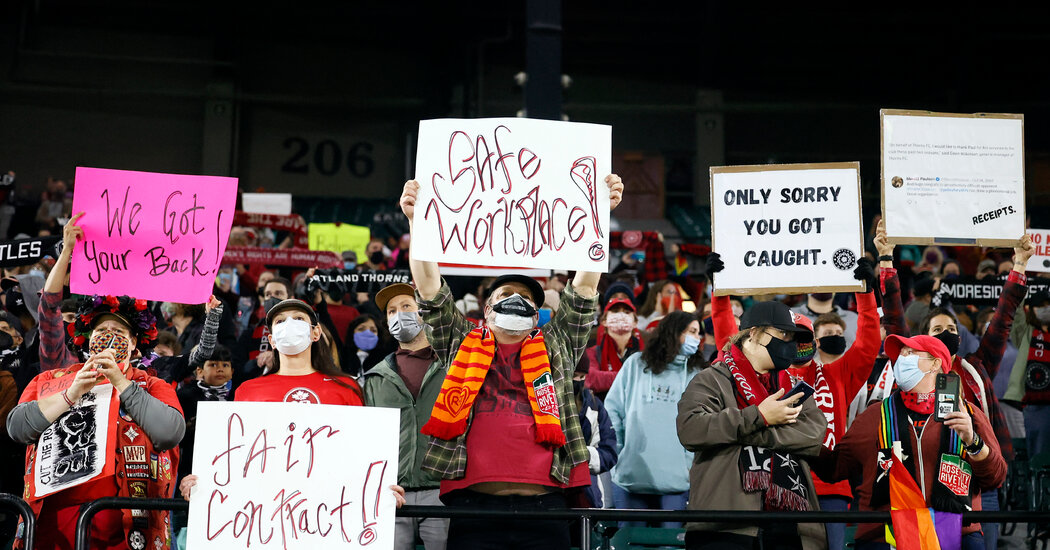 The report posted online on Wednesday states that “misconduct against players has occurred on the overwhelming majority of N.W.S.L. clubs at various times from the earliest years of the League to the current” and added yet more stinging details of the league’s gross mismanagement and lack of oversight of players, coaches and teams.

The inquiry gave descriptions of sexual abuse, unwanted sexual advances, emotional abuse, cronyism, racist remarks, the blurring of skilled boundaries and retaliation of players who complained about how they were treated.

“Players from marginalized backgrounds, or with the least job security, were often targets of misconduct,” the report said. “At the identical time, these players faced the best barriers to speaking out about or obtaining redress for what they experienced.”

Jessica Berman, the commissioner of the N.W.S.L., said in a news conference on Wednesday that reading the report “was a tough reality.” In an emailed statement sent earlier within the day, she said the investigation “can be critical to informing our future as we work to heal this league, take corrective motion and implement systemic reform.”

Berman, who became commissioner lower than a 12 months ago, also apologized to the players, acknowledging that the league didn’t protect them.

“They deserve, at a minimum, a secure and secure environment to participate at the very best level in a sport they love, they usually have my unwavering commitment that delivering that change will remain a priority each and every single day,” she said.

The primary investigative report in regards to the league, made public in October, was compiled on behalf of the U.S. Soccer Federation by Sally Q. Yates, a former deputy attorney general. It detailed a few of the systematic abuse, including sexual and psychological abuse, that occurred in a league that in some ways lacked basic player protections and, in turn, professionalism.