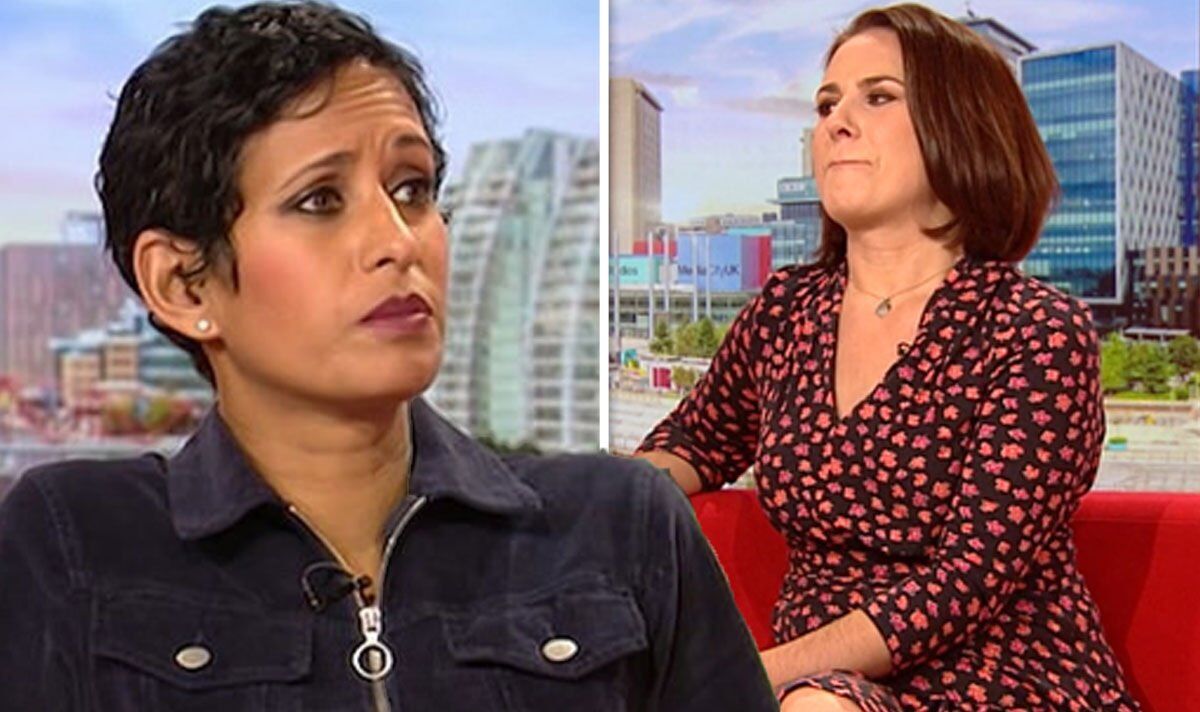 Naga Munchetty normally presents BBC Breakfast from Thursday to Saturday however the broadcaster was noticeably absent from yesterday’s show (May 28). The on-screen presenter was replaced by business correspondent Nina Warhurst who joined Charlie Stayt on the red sofa.

Taking to Twitter, Nina shared she can be the fundamental headlines on the morning programme.

In view of her 28,500 followers, she penned: “Morning from the Salford squad @BBCBreakfast.

“Considered one of those mornings when front pages are all different BUT just one story on the back!!

“@JohnWatsonSport is live from Paris. We’ve got the most recent from Texas, evaluation of Johnson’s Tory opponents. Plus Vampires & street parties.”

He accompanied the announcement with a snap of himself clutching a BBC News umbrella outside Downing Street, surrounded by cameras and recording equipment.

Adam wrote: “That is my last week at Westminster for some time because I’m going to do other stuff for just a few months including #BBCNewscast. Thanks for all of the constructive feedback of my political coverage on this platform.”

Naga was one among the primary people to react to the news as he was inundated with messages of support.