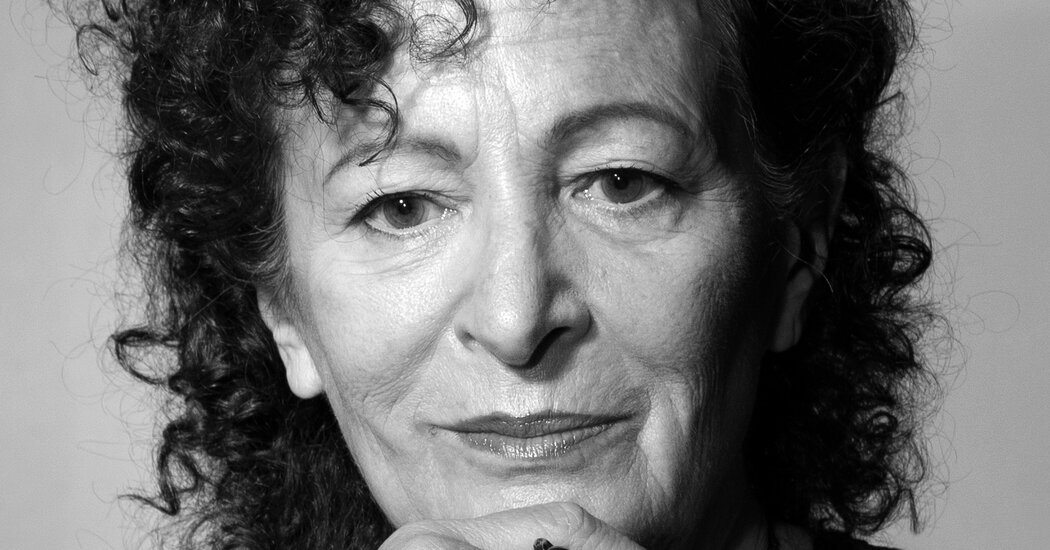 The artist Nan Goldin didn’t think she was worthy enough for the director Laura Poitras to make a documentary about her.

Poitras had won an Academy Award in 2015 for “Citizenfour,” about Edward Snowden, and had been placed on a federal watch list after her 2006 Iraq war film “My Country, My Country.” Goldin recalled considering, “I don’t have any state secrets” and “I’m not fighting against the machine in the identical way as everyone else that she’s worked on.”

Poitras was equally intimidated by Goldin. The photographer, who published her first radical collection, “The Ballad of Sexual Dependency,” in 1986, has been chronicling her own life for many years in daringly intimate portraits of her friends, her lovers and herself. “I used to be form of like, I don’t know if I’m cut out,” Poitras said. “What can I contribute here?”

Together, nonetheless, they’ve emerged with “All of the Beauty and the Bloodshed,” which won the celebrated Golden Lion on the Venice Film Festival in September. The highest festival prize is a rarity for a documentary that itself exists outside the conventions of its genre.

Without delay a chronicle of Goldin’s activism within the face of the opioid crisis and a sweeping account of her artistic and political emergence, the film, in theaters Nov. 23, juxtaposes excerpts from her slide shows of taboo-busting images with footage of her protests together with her group Prescription Addiction Intervention Now, or P.A.I.N. They were fighting the outsized influence that members of the Sackler family, which owned Purdue Pharma, maker of OxyContin, had on the fine-art world. “All of the Beauty” reckons with profound loss — including the suicide of Goldin’s older sister — all of the while showing the facility of community motion. The result’s an experience that’s each achingly sad and invigoratingly stirring.

Each Poitras and Goldin have made portraits throughout their careers, and, as Poitras identified, “All of the Beauty” is an element of a protracted tradition of artists representing other artists. “There may be this sort of prism-type quality,” she said in a video interview.

Goldin fiercely guarded her own story but allowed Poitras in. “We’re two strong women who are usually not used to other people telling us,” Goldin said in a separate interview at her Brooklyn apartment. “We’re each the boss of ourselves; we’re each the ultimate world of ourselves and our work.”

For Poitras, Goldin stood up against powerful forces in ways in which made her a natural fit for the filmmaker’s oeuvre. For Goldin, who also served as a producer, her activism was a byproduct of how she lives. “I believe a very powerful thing perhaps about my life’s work, outside of artistically, is that the work helps to eradicate stigma, about all these issues like suicide and depression and drug use and sex work and different types of sexual identity,” Goldin said, adding, “I never do the work to fight stigma. I do the work since it’s what I’m living and it’s what I care about. After which later I see the development of it as something that can assist fight stigma.”

The need to document P.A.I.N.’s work originated before Poitras got here on board. Goldin founded the organization just months after leaving a treatment program in 2017 for her addiction to OxyContin, which had developed three years earlier following wrist surgery. “The those that I’m very near desired to be certain that that I got back to work,” she said. “That was certainly one of the impetuses for starting this film.”

A camera was available to capture P.A.I.N.’s protests and die-ins at institutions just like the Metropolitan Museum of Art and the Harvard Art Museums, demanding that they stop taking Sackler money and take away the name from their buildings. The goal of those public statements? As Goldin wrote in Artforum upon P.A.I.N.’s founding: “To get their ear we’ll goal their philanthropy.”

(Last month, the Victoria and Albert Museum removed the Sackler name, leaving only certainly one of the six museums at which P.A.I.N. demonstrated, the Arthur M. Sackler Museum at Harvard, with the moniker. In 2021, the Sacklers agreed to a settlement, however the matter continues to be under appeal.)

Still, Goldin and her group needed producers. In 2019, she met one in Howard Gertler, whose credits included David France’s exploration of ACT UP, “Learn how to Survive a Plague.” On the time, he was working on a documentary concerning the artist Peter Hujar, for which Goldin was interviewed. Coincidentally, just a short time later, Goldin and Poitras, who had met in 2014, had breakfast. Poitras said she encouraged each Goldin and Gertler, whom she had known for years, to follow up with one another.

But Poitras continued to think concerning the work P.A.I.N. was doing, difficult people in power and ultimately succeeding. “It just kept rattling around in my head,” she said. “I used to be form of just a little obsessed.” She asked Gertler, who became certainly one of several producers on the project, in the event that they were on the lookout for a director and wound up signing on later in 2019.

While it was the immediacy of P.A.I.N.’s calls for accountability that made Poitras think she was the correct person for the fabric, she began to see the film as an interplay between the past and the current when Goldin told her concerning the fiery show she had curated in 1989 throughout the AIDS crisis, “Witnesses: Against Our Vanishing.” Time spent with Goldin complicated the structure much more.

“Her photographs have a rawness to them and an emotional depth, and I felt the identical way about her voice and the best way that she spoke about her life,” Poitras said. “I used to be completely riveted by that.”

Goldin can pinpoint the moment she began to trust Poitras. She had allowed the documentarian to film her preparing “Memory Lost,” a slide show that wrestles with the experience of addiction, and “Sirens,” which mixes movie stills and a Mica Levi rating simulating highness. Poitras made some comments on the method.

“They were very intense pieces, very difficult,” Goldin said, explaining, “If I’m sitting and watching an artist make something, I actually have to provide my opinion. She’s a bit the identical, I suppose. Her opinion was really good.”

That trust was vital to their work together, which deepened throughout the Covid lockdown of 2020, when Goldin sat for a series of audio interviews with Poitras. “After we did the primary one, it went really to an intense emotional place pretty quickly, after which we stepped back,” Poitras said.

They laid out an agreement about how the method would unfold. Goldin could speak freely during their conversations, knowing she could be involved in what material would ultimately be utilized in the finished film. The interviews were so personal that Poitras treated them as she would the highest secret documents she has handled in her profession. “They were on encrypted drives,” she said. “They were incredibly sensitive and completely ‘must know.’”

After Goldin saw a cut in May, she invoked that agreement to handle issues she perceived. “It wasn’t the best way I desired to tell my story,” she said. They did more interviews. Her goal, Goldin said, was accuracy in her own narrative. “It’s my voice telling my story with my pictures, so it needs to be true to me, and it needs to be true to what I need to say,” she said.

It was “absolutely collaborative,” Poitras said. They were still making changes even after the Venice premiere.

In “All of the Beauty,” Goldin speaks about her addiction, her experiences with sex work and her abusive relationship with a boyfriend documented in “The Ballad of Sexual Dependency.” The title of the film, conceived of by Poitras, comes from the hospital records of Goldin’s sister Barbara, who died by suicide at 18. The director found that the phrase, taken from a report about what Barbara interpreted on a Rorschach test, encompassed the tragedies on display onscreen but in addition the celebration of resistance.

“The story of Goldin’s activism would make a worthy film,” Sheri Linden of The Hollywood Reporter wrote in a review. “The story of her birth and blossoming as an artist would too. The story of her sister pulls all this into one other dimension, and the best way Poitras and Goldin have brought the threads together, into the sunshine, is a distillation more likely to shake you to the core. It’s art.” IndieWire called the movie “a towering and devastating work of shocking intelligence and still greater emotional power.”

Goldin, who said she thought the title was “sensible,” used that word again to explain other decisions Poitras had made. “I might have never created a movie like that,” Goldin said. “I actually have deep, deep respect for that. It’s only my film in that it’s driven by me.”

“All of the Beauty and the Bloodshed” is the product of two “rigorous” artists colliding, in Gertler’s estimation, while one other producer, John S. Lyons, described them as “yin and yang: Laura is cool and Nan is hot,” adding, “They simply melded in a extremely interesting way.”

The “Empire of Pain” creator Patrick Radden Keefe, whose reporting on the Sacklers drew Goldin’s attention and who appears within the film, sees the finished movie as a “mingling of those two different, formidable sensibilities.”

Since Venice, the Golden Lion has sat on the mantelpiece in Goldin’s apartment. Poitras wanted her to have it. “I’m very honored by that,” Goldin said. “She often says that, ‘You recognize, it’s each of our film.’ It’s not exactly. We each know the constraints of that. And I never wanted it to be my film quite than hers. I actually have total respect for her as a filmmaker.”

When asked why she gave the award to Goldin, Poitras said: “We got it on the day before her birthday. And it felt like an excellent birthday present.”