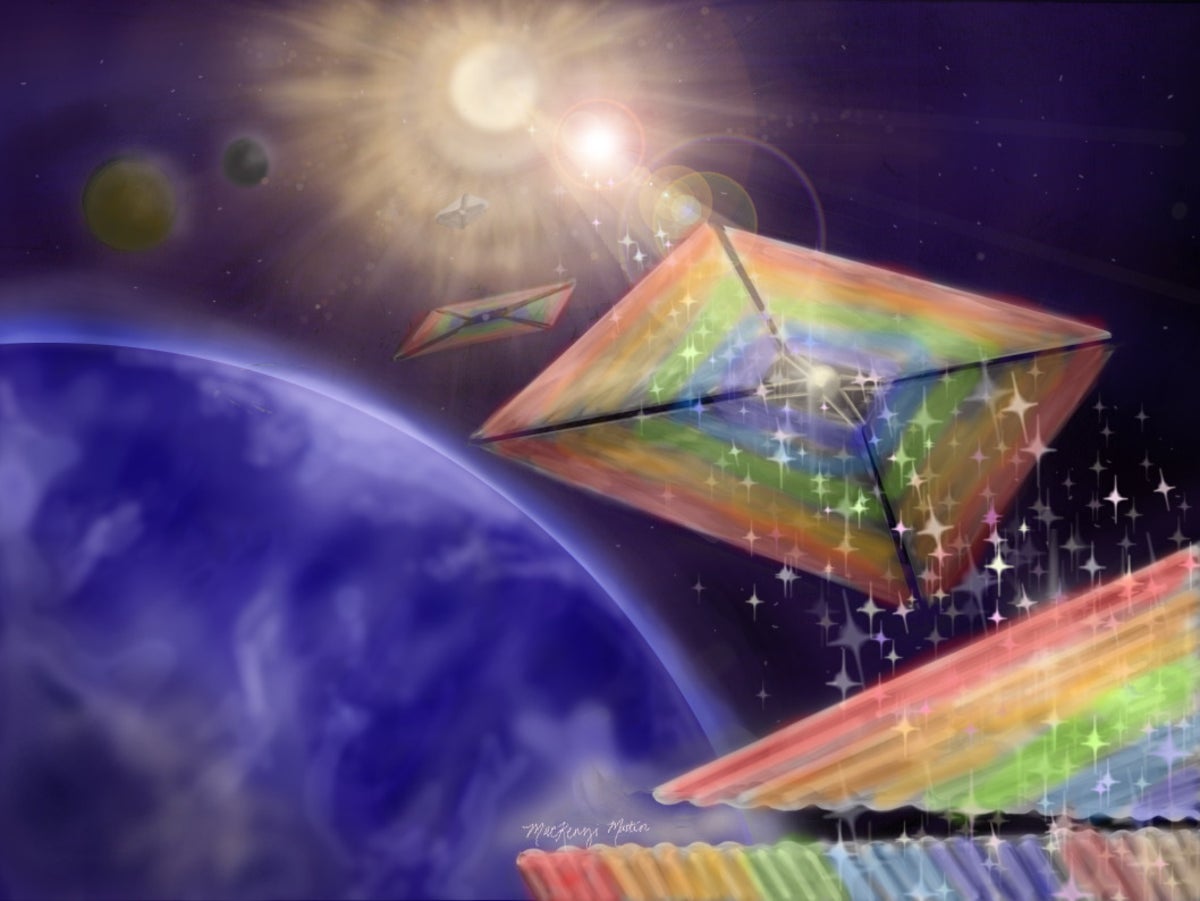 Nasa is investigating the concept of a solar sail that may be used to explore the poles of the Sun.

The concept, called the Diffractive Solar Sailing project, would use sunlight to propel itself through space and visit parts of the Sun which have never been seen before.

A solar sail works similarly to sails on Earth that use wind, but as an alternative of changes in air pressure they use the momentum of photons bouncing off the sail’s reflective surface to surf the vacuum of space.

These sails are akin to large mirrors, letting craft speed up to speeds that may not be possible with rockets and standard fuel. Furthermore, they don’t have any moving parts, and never wear out.

Reflective solar sail designs have some drawbacks: they typically should be large, and thin, and are limited by the direction of the daylight. This creates a trade-off between their speed and their navigation.

This latest solar sail design, nonetheless, will use diffraction – the way in which that light spreads or bends around obstacles – to raised travel through space. Small gratings embedded inside thin movies, would let the sail diffracts light to offer a force that will likely be more efficient for making orbital maneuvers without having to maneuver a big, flimsy structure.

“Diffraction essentially permits you to tailor the angle at which the incoming light is redirected,” Amber Dubill, a mechanical engineer on the Johns Hopkins Applied Physics Laboratory in Laurel, Maryland said. It will also create a rainbow holographic effect on the sail.

“While this technology can improve a mess of mission architectures, it’s poised to significantly impact the heliophysics community’s need for unique solar commentary capabilities,” Dubill said.

“Through expanding the diffractive sail design and developing the general sailcraft concept, the goal is to put the groundwork for a future demonstration mission using diffractive lightsail technology.”

Solar sails have been experimented with solar sails prior to now. In the course of the Seventies, Carl Sagan tried to popularise the concept but was unable to influence Nasa to truly construct one.

It was not until 2010 that the Japanese space agency launched Ikaros, a square, not terribly large solar sail that was intended to fly by Venus. With humanity now looking beyond the Earth, Mars, and to future stars, it’s possible this technology could possibly be a gorgeous alternative to rocket-powered propulsion.