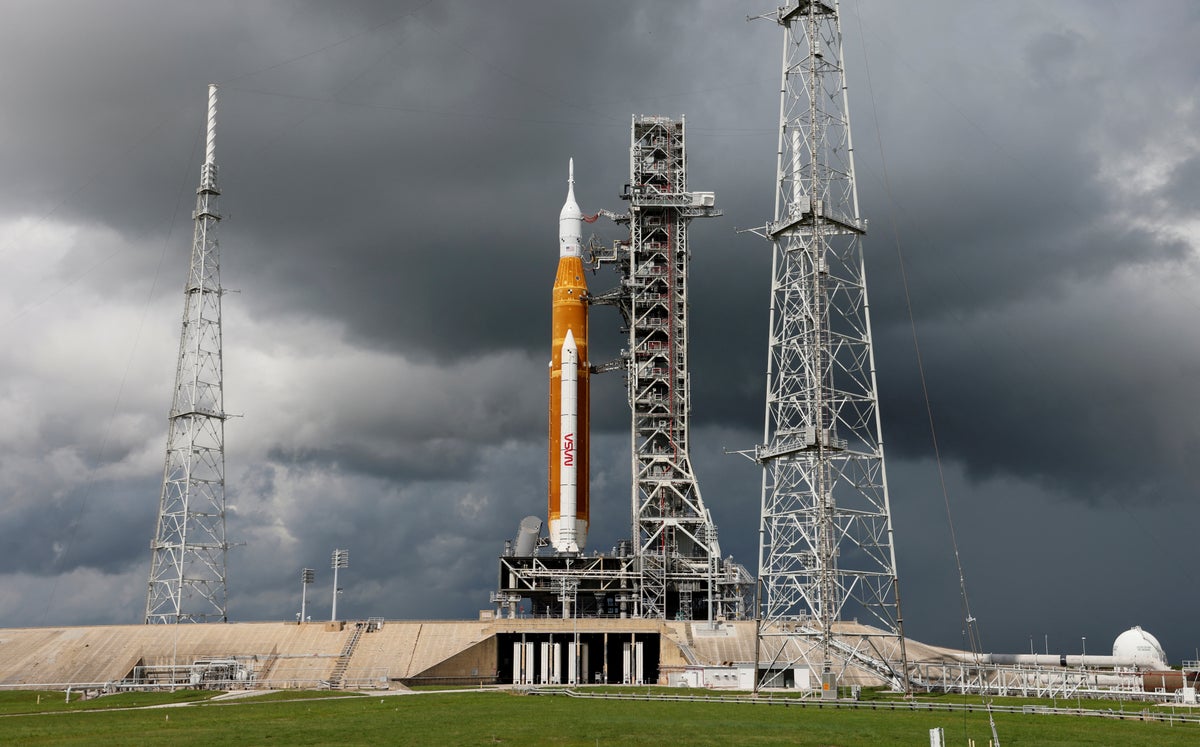 Nasa has said the Artemis 1 mission may very well be pushed back by greater than a month after the second launch attempt on Saturday was scrubbed as a consequence of an engine leak.

The US space agency was forced to postpone the most recent launch with slightly below 150 minutes left on the countdown on the Kennedy Space Center in Cape Canaveral, Florida.

“Teams attempted to repair a difficulty related to a leak within the hardware transferring fuel into the rocket, but were unsuccessful,” Nasa said in an announcement.

It marked the second time in five days that the launch of the Space Launch System (SLS) rocket didn’t make it through the pre-launch procedures, with the previous scrub the results of an engine leak.

The SLS is the most important rocket Nasa has ever built, and forms the backbone to your complete Artemis program. Its first mission is an uncrewed trip across the Moon, though eventually Nasa hopes to make use of it to hold astronauts aboard the Orion space craft to Moon and on to Mars.

The newest launch delay will likely ward off the general Aremis program, with Nasa Administrator Bill Nelson warning that other missions shall be prioritised over the flight test.

“Although the window opens in early [October], I believe it’s going to be more just like the middle [of October],” Nelson said.

“We go when it’s ready. We don’t don’t go until then, and particularly now on a test flight because we’re going to emphasize this and test it, and test that heat shield, and ensure that it’s right before we put 4 humans up on the highest of it.”

The US space agency chief said the general Artemis program would remain on the identical schedule, with the crewed Artemis 2 mission still set for 2024 and Artemis 3, which goals to land astronauts on the Moon, set for the next 12 months.