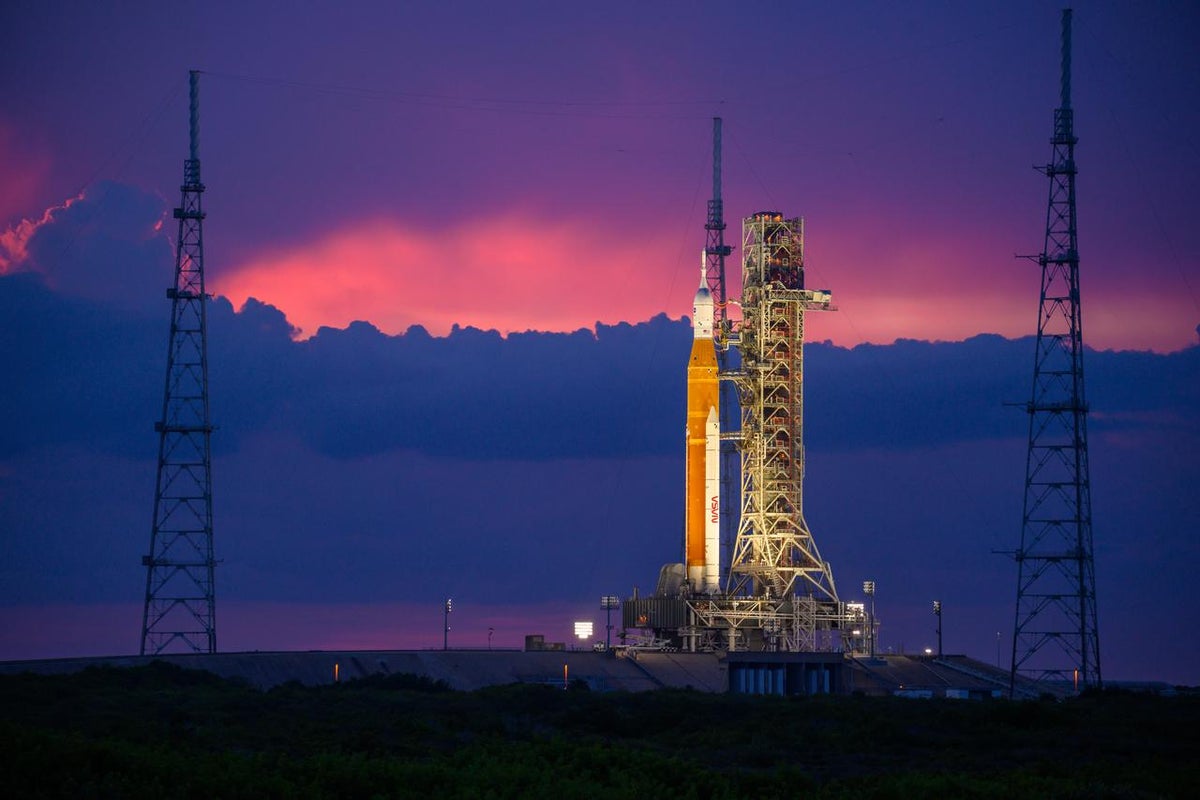 Nasa will attempt to launch its latest moon rocket on Saturday after a failed attempt earlier this week.

Initially planned for August 29, the launch needed to be abandoned moments before lift-off as a result of a temperature problem in one among the engines.

Nasa is now targeting 7.17pm (BST) for the launch of Artemis 1, the primary integrated test of the agency’s Space Launch System (SLS) rocket, Orion spacecraft, and the bottom systems on the agency’s Kennedy Space Centre in Florida.

The test is an uncrewed mission across the moon that can pave the way in which for a crewed, flight test and future human lunar exploration as a part of Artemis.

Meteorologists with the US Space Force Space Launch Delta 45 predict a 60% probability of favourable weather conditions firstly of the two-hour launch window.

The 322ft (98m) tall Space Launch System (SLS) rocket, which is the world’s strongest rocket so far, is as a result of take the Orion capsule, powered by the Airbus-built European Service Module (ESM), into the moon’s orbit.

The flight, which is able to carry mannequins slightly than astronauts, marks the following chapter in putting humans back on the moon.

There will likely be people on board for subsequent missions, with the primary crewed flight into space scheduled for 2024.

The UK is a component of the Artemis programme, making contributions to the Lunar Gateway – an area station currently in development with the European Space Agency – working alongside the US, Europe, Canada and Japan.

Humans last reached the moon some 50 years ago, and the newest mission is about proving people could make longer and more sustainable trips there.

It can also assess whether some infrastructure could be built on and across the moon, allowing humans to survive on one other planetary body.