Nasa’s Artemis 1 rocket blasts off to the moon 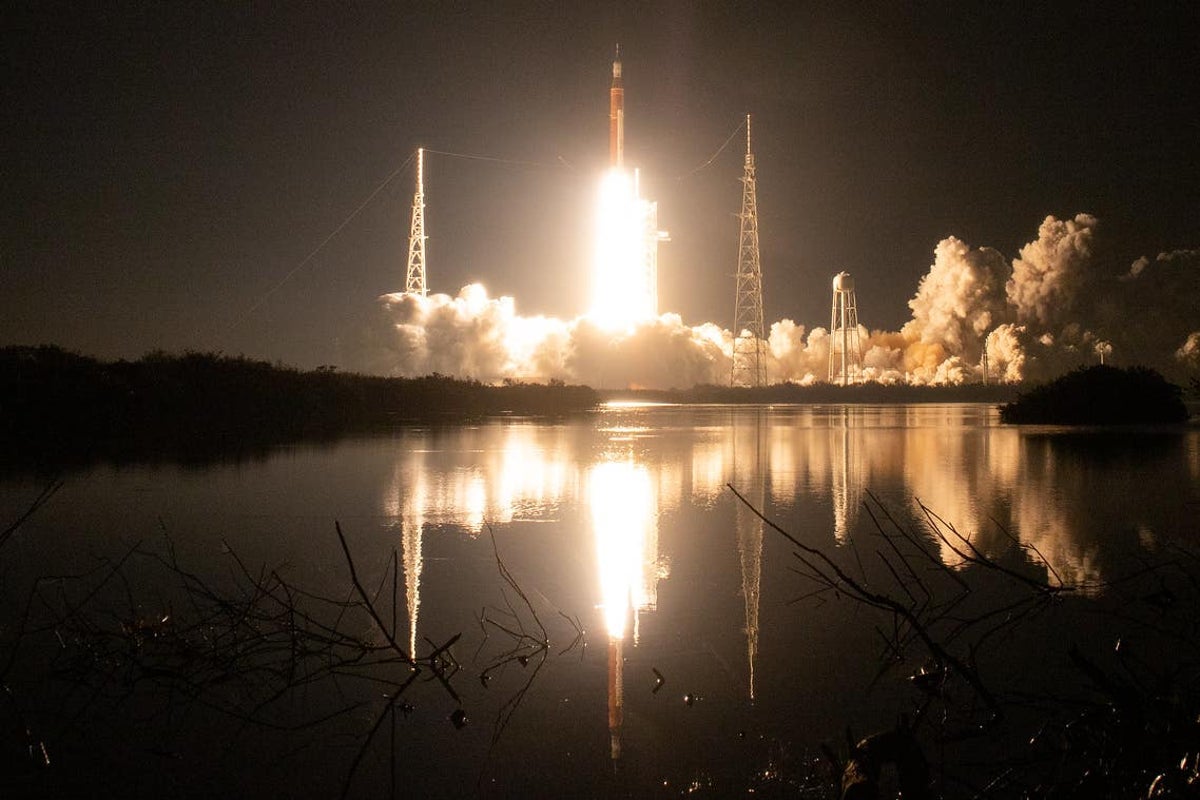 Nasa’s Artemis moon mission has successfully lifted off Earth, heralding a recent era for lunar exploration which is able to eventually see humans return to the moon.

After a series of failed launch attempts earlier within the 12 months, Artemis 1 took off at 6.47am (1.47am local time), with Nasa’s Space Launch System rocket, its strongest ever, propelling the Orion spacecraft upwards from the agency’s Kennedy Space Centre in Florida.

“We rise together, back to the moon and beyond,” said Nasa’s official commentator because the rocket took off.

The uncrewed mission across the moon will pave the way in which for a crewed flight test and future human lunar exploration.

Nasa flight director Charlie Blackwell-Thompson addressed her colleagues on the Kennedy Space Centre after the launch.

She said: “You might be a part of a primary – it doesn’t come along fairly often, once in a profession, perhaps.

“We’re all a part of something incredibly special: the primary launch of Artemis. Step one in returning our country to the moon and on to Mars.

“What you could have done today will encourage generations to come back.”

Ms Blackwell-Thompson, who had her tie cut following the successful launch in step with Nasa tradition, added: “The harder the climb, the higher the view. We showed the space coast tonight what a gorgeous view it’s.”

Scientists and engineers from all over the world, including the UK, have been instrumental within the mission.

The European Space Agency (ESA) is a key partner within the programme, delivering Orion’s European Service Module, built by Airbus, in addition to elements of the Moon-orbiting Lunar Gateway.

Libby Jackson, head of space exploration on the UK Space Agency, said: “The launch of the Artemis 1 mission is a hugely significant moment for the worldwide space community, paving the way in which for humanity to return to the moon in the approaching years.

“We’re proud to be an element of ESA, which is contributing to this mission with the Orion service module, and we look ahead to seeing direct UK involvement within the Lunar Gateway, currently in development through ESA’s exploration programme.

“It’s also exciting to see this mission being tracked within the UK from Goonhilly Earth Station in Cornwall, marking a serious step for our capability to supply industrial lunar communications from the UK.”

Through the test flight, experts at Goonhilly will provide operational support, helping to trace the spacecraft and as much as six of its 10 satellite payloads once in orbit.

Matt Cosby, chief engineering officer at Goonhilly Earth Station, said: “We look ahead to contributing to this iconic mission from here within the UK.

“Goonhilly played a job in distributing the Apollo Moon landing footage back in 1969; we’re now taking one step further and contributing to humanity’s return to the moon.

“Supporting Artemis is a incredible strategy to further display our capabilities as we proceed to expand our deep space industrial services.”

The 322ft (98m) tall Space Launch System rocket is as a consequence of take the Orion capsule, powered by the Airbus-built European Service Module (ESM), into the moon’s orbit.

The flight, which is able to carry mannequins somewhat than astronauts, marks the subsequent chapter in putting humans back on the moon.

There will likely be people on board for subsequent missions, with the primary crewed flight into space scheduled for 2024.

The last manned mission to the moon was Apollo 17, which took place in December 1972.

Bill Nelson, administrator of Nasa, said the launch team were “a part of a terrific legacy”.

The Nasa boss added: “This legacy is now taking us as we explore the heavens. It didn’t end with Apollo 17 – this time we’re going back, we’re going to learn lots of what we have now to, after which we’re going to Mars with humans.”

Mr Nelson said it was a priority for Nasa to land the primary woman and person of color on the moon through the mission since it was “reflective of America”.

For now, a more unconventional crew member is on board, with a Shaun the Sheep animatable puppet being blasted into space on the rocket.

The mission is anticipated to last 25 days, including outbound transit, the journey across the moon and deployment of satellites, followed by a return transit before splashdown within the Pacific Ocean in December.

Named after the Greek goddess of the moon and sister to the god Apollo, namesake of Nasa’s first moon missions, the Artemis programme will see the development of the Lunar Gateway – a recent space station where astronauts will find a way to live and work.

The construct of the Lunar Gateway will include crucial contributions from Thales Alenia Space UK (TAS-UK) and Imperial College London, supplied with backing from the UK Space Agency.