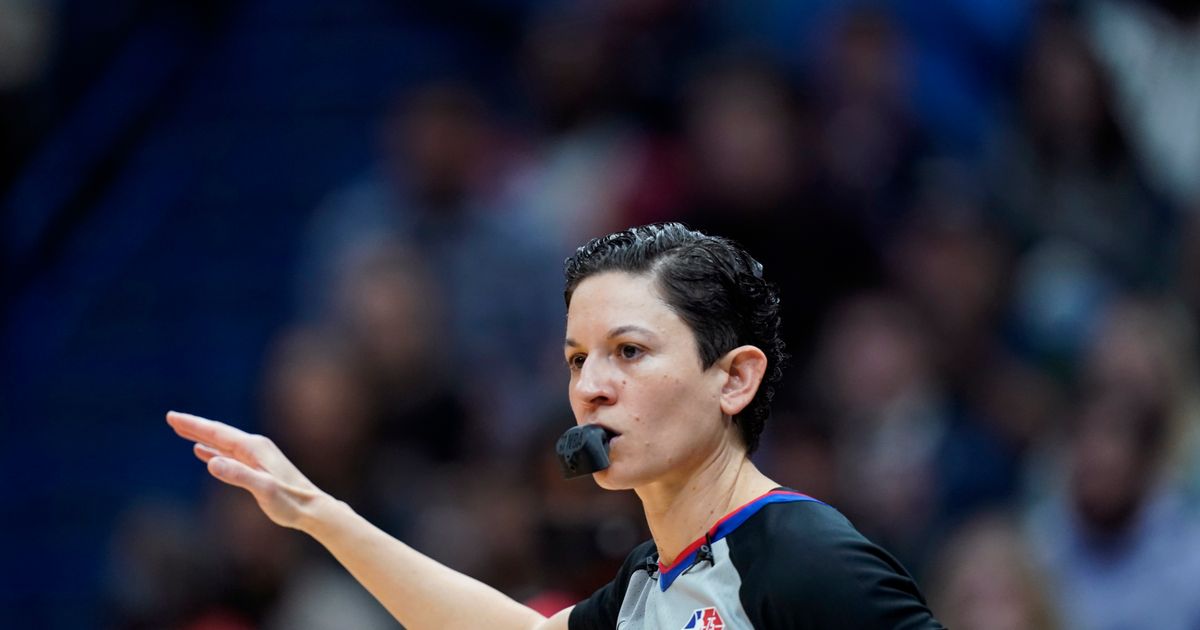 The NBA’s roster of female referees continues to grow.

Cheryl Flores and Dannica Mosher have been promoted to the extent of full-time staff officials, the NBA said Thursday. The NBA now has eight women on the full-time referee level, essentially the most the league has ever had at one time.

Flores and Mosher earned promotions from the G League level, as did one other pair of recent hires — Matt Kallio, who becomes the NBA’s first international full-time official, and Robert Hussey.

“Cheryl, Robert, Matt and Dannica have demonstrated the power and professionalism required to be a full-time NBA officiating staff member,” said Monty McCutchen, the NBA’s senior vice chairman overseeing referee development and training. “We’re excited for them to have reached this milestone of their careers.”

A record 12 women worked games last season within the NBA, some getting called up from the G League and non-staff levels to assist when the league’s officiating roster was decimated by COVID-19. The present group of eight full-timers all did games, as did Clare Aubry, Sha’Rae Mitchell, Blanca Burns and Jenna Reneau.

Hussey has worked five G League seasons and two within the WNBA. Kallio — a native of Edmonton, Alberta — has seven years of G League experience, five years of WNBA experience and worked the Tokyo Olympics.

“We’re in search of the perfect referees,” McCutchen said.

Adding women to the refereeing positions has been a priority for McCutchen and other NBA executives, including Commissioner Adam Silver. McCutchen has long said that the NBA will hire the perfect people to fill the job, no matter gender.

“It’s just incredible. And that’s the best way our society must be,” McCutchen said. “The NBA feels very strongly that this must be a meritocracy. And this is strictly what a real meritocracy looks like.”