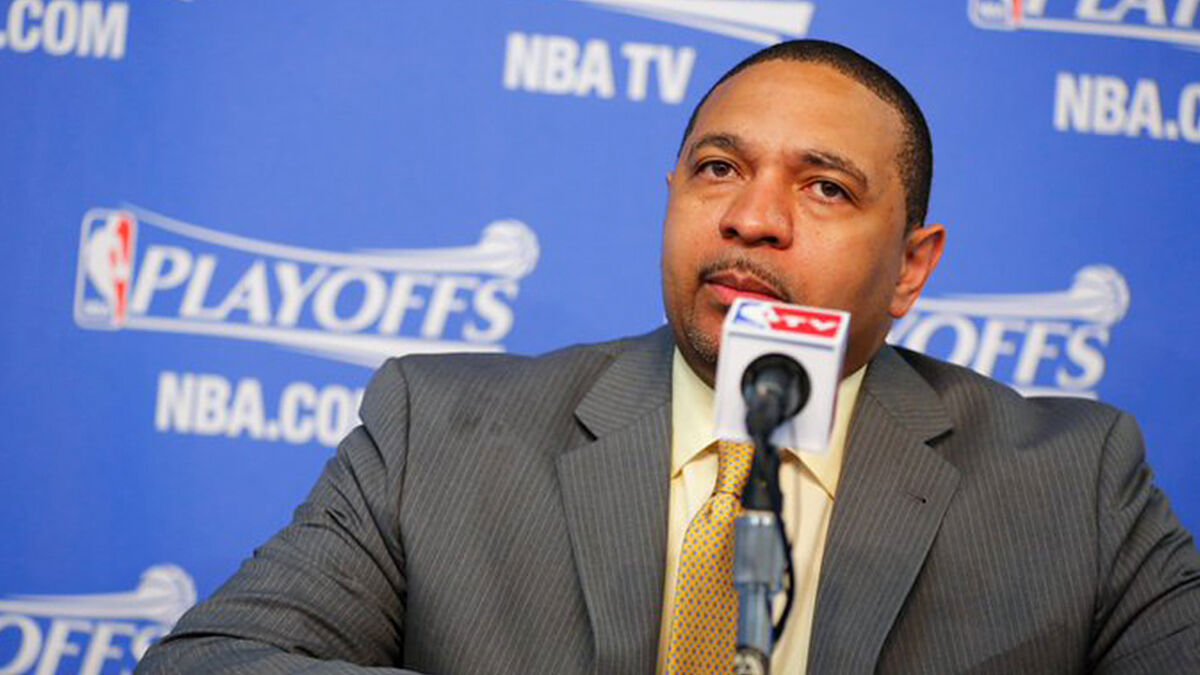 NBA analyst and former Golden State Warriors head coach Mark Jackson is one step closer to becoming the brand new head coach of the Los Angeles Lakers after interviewing for the job opening on Friday, in accordance with Shams Charania of The Athletic.

The Lakers also reportedly interviewed Terry Stotts, former head coach of the Portland Trail Blazers, but Jackson is the more popular option amongst fans. Jackson coached the Warriors from 2011 to 2014, when he left amid a slew of scandals regarding his character as an NBA worker.

When he left Golden State, the franchise’s majority owner Joe Lacob criticized Jackson for his poor relationship with the organization. The Warriors are the one team that Jackson has coached, leaving his post as a broadcaster in 2011 to tackle the challenge of coaching within the NBA.

Mark Jackson led the Warriors to the NBA Playoffs

During his three-year tenure with the Dubs, Jackson led them to 2 consecutive playoff appearances, never making it past the second round. Despite his strained relationship with the front office, Jackson was in a position to construct strong bonds with players, including Stephen Curry.

Jackson detractors also claim his coaching style is just too stagnant, much like how he played during his days as some extent guard within the league. It is also not an excellent sign that the Warriors became an NBA dynasty a 12 months after Jackson’s departure.

Curry averaged probably the most assists in a single season of his profession during Jackson’s last 12 months with the Warriors. Jackson forced Curry to change into a greater passer as an alternative of being an off-ball scorer — how Curry currently makes a living.

LeBron James is reportedly keen on Jackson and will play a serious role when deciding who fills the top coach emptiness. After nearly a decade without coaching experience, nonetheless, Jackson could prove to be one other fatal decision by the Lakers brass.