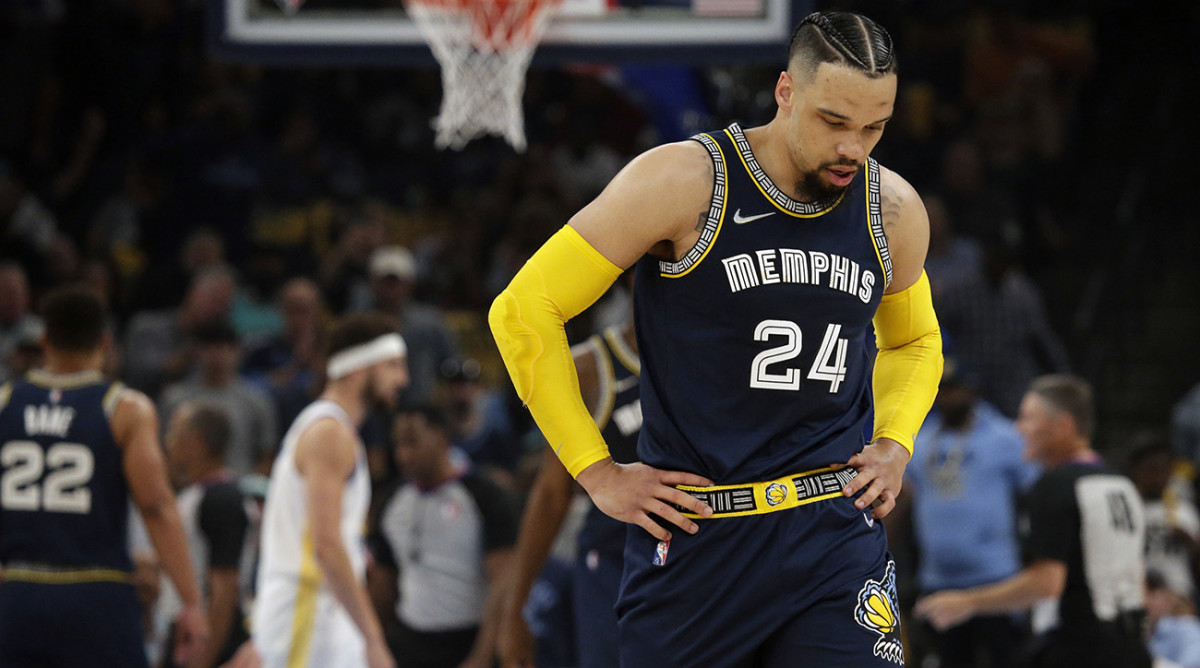 Grizzlies forward Dillon Brooks is suspended for Game 3 against the Warriors following his flagrant-2 foul against Gary Payton II, the NBA announced on Thursday.

In Game 2 versus the Warriors, Brooks was ejected as a result of a flagrant-2 foul issued after he hit Payton in the top, causing him to land hard on his left elbow. This resulted in a fractured elbow for Payton, and he is predicted to miss three weeks.

Now, the forward will sit out on Saturday as a result of the choice made by President of League Operations Byron Spruell. The league called Brooks’ motion “unnecessary” and that it resulted in “excessive contact.”

Brooks is not going to receive pay during his suspension. He will likely be expected to return for Game 4 on Monday night. The Grizzlies have yet to reply to the suspension news.

Through eight games, Brooks has averaged 13.4 points, 2.1 assists and a pair of.1 rebounds per game. He scored over 20 points on three separate occasions within the team’s first-round series against the Timberwolves.

Sports Illustrated may receive compensation for some links to services on this website.