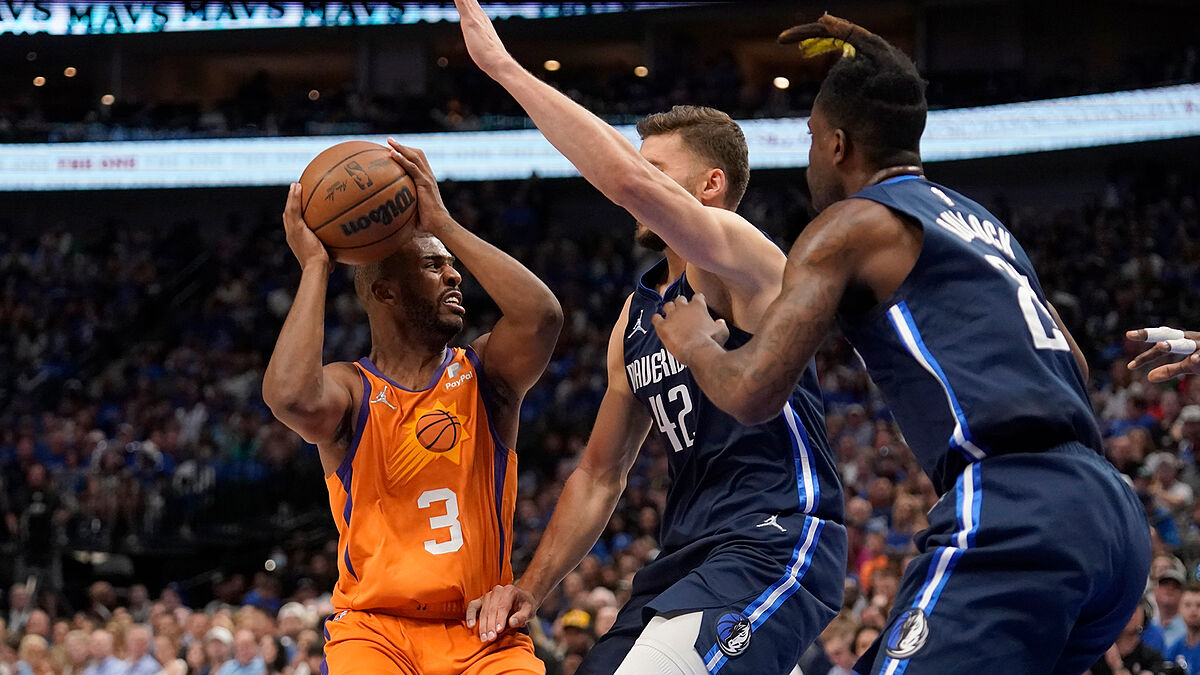 The Dallas Mavericks managed to even the series against the Phoenix Suns in Game 4 of the Western Conference semifinals Sunday at American Airlines Center.

The whole lot went incorrect for Chris Paul and the Suns, turning the ball over 17 times as a team. Phoenix finished the primary quarter trailing by 12 points and eventually had a 17-point deficit before constructing a comeback after halftime.

Luka Doncic took control of the sport in the ultimate frame to secure the victory, racking up 26 points, 11 assists and 7 rebounds. Dorian Finney-Smith was an enormous contributor alongside Luka, scoring eight 3-pointers for twenty-four points.

Finney-Smith was a key a part of the win, scoring nearly half of the 20 shots from deep scored by Dallas as a unit. The Mavs shot 46% from beyond the arc to offset getting outscored by 18 points within the paint.

Dallas scored two more triples than 2-pointers on this contest to go 45% from the sector. Phoenix shot 46% from the ground but only 36% from downtown, ultimately losing resulting from shots that weren’t falling.

The Suns struggling can be a credit to Dallas playing a lot better defense than in the primary two games. CP3 fouling out midway the fourth quarter was resulting from his frustration of not with the ability to get past the Mavs’ defenders.

Paul finished the sport with just five points, five rebounds and 7 assists in 23 minutes of motion. Devin Booker scored a game-high 35 points but didn’t get much offensive production from anybody else.

Maxi Kleber got here off the bench for the Mavs but played 34 minutes to go for 11 points and 7 rebounds. Kleber played a lot better defense than Dwight Powell has all series long, with the latter only getting 10 minutes in Game 4.

Jalen Brunson tallied 18 points but can still hit one other gear in Game 5 to place the Mavs in front within the series. Davis Bertans and Spencer Dinwiddie scored a respective 12 and 10 points off the bench. Game 5 is scheduled for Tuesday, May 10 at 7:00 p.m. PT at Footprint Center.