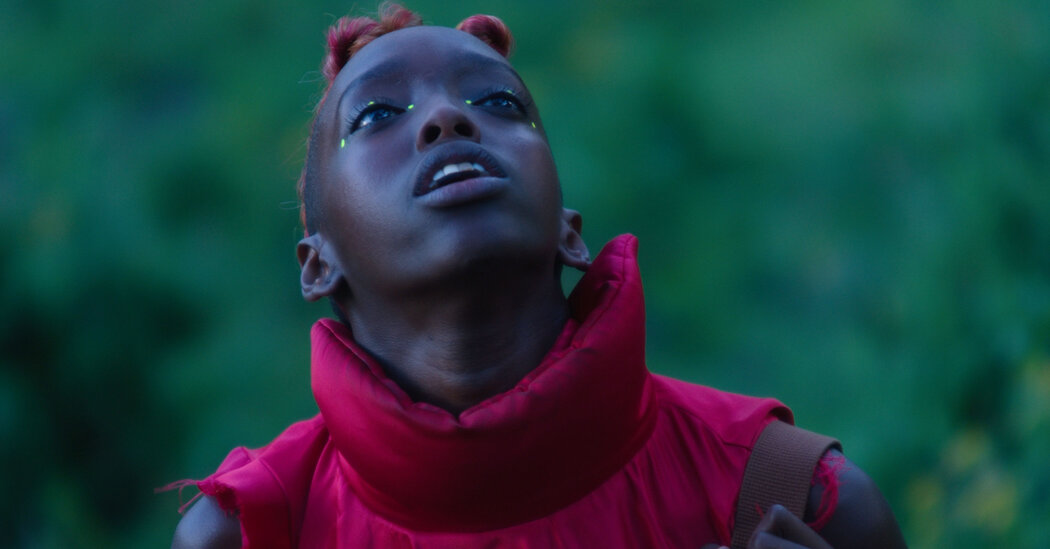 Toward the top of the twentieth century, the British novelist and critic John Berger insisted on the importance of what he called “pockets of resistance” — small-scale efforts to oppose global systems of domination and exploitation, or at the least to assume alternatives. The potential of change, Berger suggested, might be found not in grand revolutionary movements but in local practices, including the making and contemplation of art.

I believed of Berger after seeing “Neptune Frost,” an odd and charming latest feature by Saul Williams, an American musician, author and artist, and Anisia Uzeyman a Rwandan filmmaker. The movie, an Afrofuturist fantasia that can also be a musical, a science-fiction parable and a hacker manifesto, depicts a pocket of resistance in the shape of a community of African rebels. Surrounded by political violence, economic injustice and cultural alienation, they fight to secure an area where imagination and solidarity can flourish. The challenges are formidable, but their commitment is a component of what makes “Neptune Frost” moving in addition to mind-bending.

Additionally it is a pocket of resistance in its own right, insofar because the act of constructing the film — and for that matter enthusiastic about it — amounts to a critique of the best way things are. The principal characters are Matalusa (Kaya Free), who works alongside his brother in an open-pit mine in Burundi, digging up coltan, a mineral that helps power the world’s cellphones. After his brother is killed, Matalusa flees. At the identical time, Neptune (Cheryl Isheja and Elvis Ngabo), described by the filmmakers as “an intersex runaway,” escapes from an attempted sexual assault. Their journeys finally converge within the hacker encampment. (“Frost” is the name of a magical, brightly coloured messenger bird.)

The plot of “Neptune Frost” is loose and suggestive. This isn’t a decent, tidy allegory of capitalism and colonialism a lot as a collage of vivid images, sounds and words that punch the movie’s themes like hashtags. Williams and Uzeyman marry anarchist politics with anarchist aesthetics, making something that feels each handmade and high-tech, digital and analog, poetic and punk rock.

The hackers’ all-purpose greeting and slogan is “unanimous gold mine.” I don’t understand how the phrase sounds in Kinyarwanda or Kirundi (two of the languages spoken within the film), but in English it invokes each collective ownership of wealth and all-purpose optimism. By some means, it captures the unsentimental, exuberant energy of the film, which is a treasury of ideas and provocations — a pocket stuffed with possibilities.