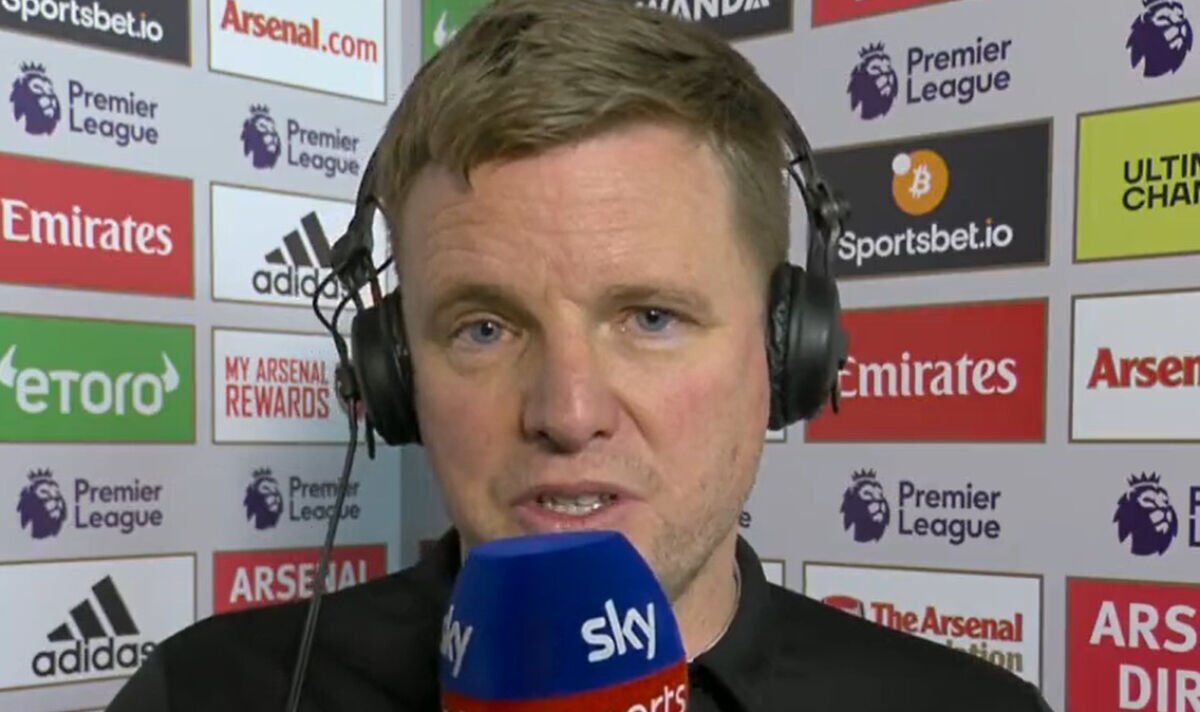 Newcastle boss Eddie Howe explained his touchline spat with Mikel Arteta within the Magpies’ 0-0 draw with Arsenal, and gave a transfer update ahead of a potentially busy January transfer window. A feisty top-of-the-table clash saw each teams come away with some extent, though the Gunners felt that they need to have been awarded a penalty late in the sport that led to the 2 bosses square up on the side of the pitch.

After the referee denied claims for a spot-kick, Arteta and Howe squared up on the touchline and needed to be separated. Howe explained after the sport that the 2 coaches had no sick feelings towards one another.

Arsenal were appealing for handball when Granit Xhaka’s cross hit Jacob Murphy’s arm from close-range, but their appeals were turned down. Earlier in the sport, the Gunners felt that they need to have had a chance to attain from the spot when Dan Burn pulled Gabriel’s shirt within the box, however the officials and VAR felt that there was not enough contact to point to the spot.

Howe explained his feelings as Arsenal appealed for a penalty. “Obviously at that stage of the sport you are considering ‘god no, the lads have given a lot’ and that might have been a travesty for us,” he told Sky Sports. “I didn’t think it was a penalty but you simply never know. I’m delighted and me and Mikel are positive.”

“I believe it was a really, excellent defensive display and great mentality from the group. You saw good teamwork and a collective effort. I believe Arsenal are excellent and pose different problems so we knew defensively we wanted to be rock solid.

“I do not think there have been many periods in the sport where we were totally OK. We did have our moments – I do not think we were great on the ball – but we had our moments to potentially nick it on the counter-attack or with a set-piece.

“We settled down after 15-20 minutes and began to play but Arsenal are a top side and we did well within the second half as pressure grew to be resilient. I used to be slightly disillusioned we couldn’t pose more of a threat. We could have done a bit higher with however the lads gave all the things.”