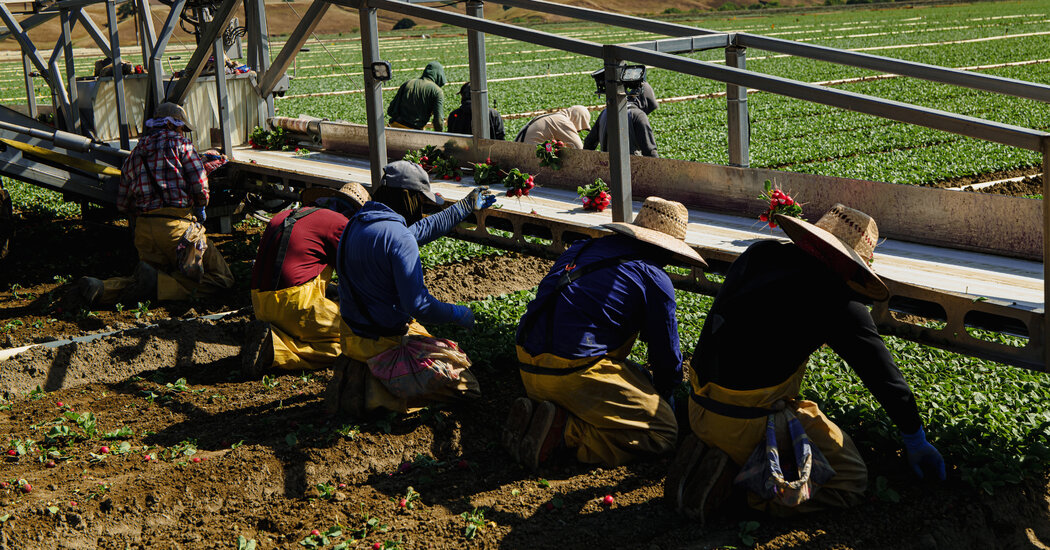 Lorena Gonzalez Fletcher, chief officer of the California Labor Federation, which urged Mr. Newsom to sign the bill, said it was a victory for farmworkers all across the state.

“On this historic time when staff need a union greater than ever before, every part we do — including legislatively — have to be focused on organizing,” she said. “It’s natural that in California, our farmworkers will probably be leading the best way.”

In August, dozens of farmworkers marched greater than 330 miles through the Central Valley to Sacramento to push for Mr. Newsom to sign the bill. The march was symbolic and mirrored a 1966 trek spearheaded by the United Farm Employees leader Cesar Chavez, who demanded a gathering with Gov. Edmund G. Brown to deal with farmworker conditions.

For the reason that latest march, U.F.W. members, together with other farmworkers supporting the bill, have held rallies in lots of California cities.

One morning this month, Amalia Rodriguez, 30, joined a dozen supporters of Assembly Bill 2183 outside a state constructing in downtown Los Angeles.

Ms. Rodriguez began working in strawberry fields in Oxnard, an agricultural community 60 miles northwest of Los Angeles, when she was a teen. She said she had seen growers intimidate farmworkers, lots of whom are undocumented.

“They tell us to be thankful for what we make and never be greedy,” she said.

“We work hard and are only told to be quiet,” she said.