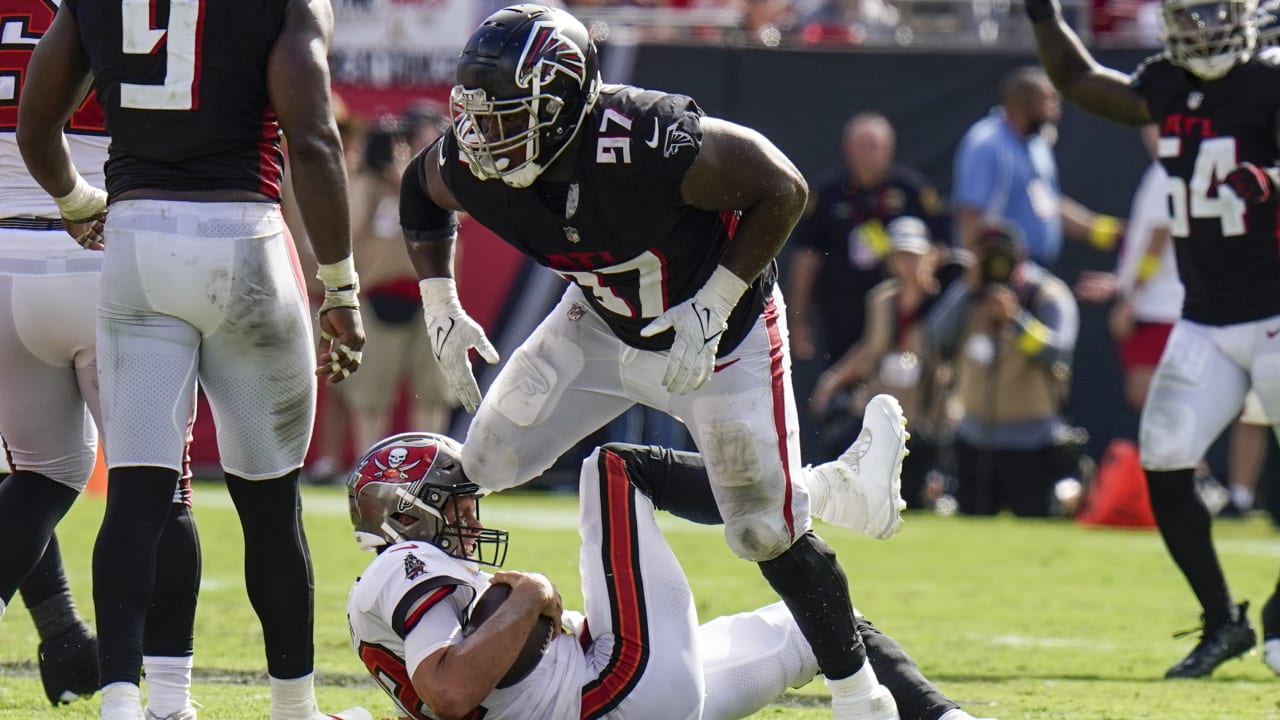 Tom Brady’s fast response to getting sacked will hurt his pockets a bit.

The NFL fined Brady $11,139 for attempting to kick Falcons defensive tackle Grady Jarrett as he was getting up after sacking Brady within the fourth quarter of their Week 5 game, NFL Network Insider Tom Pelissero reported. Jarrett exuberantly picked himself up from the Raymond James Stadium turf, celebrating what he believed was a vital play in a one-score game, and was required to step over Brady in the method, drawing a displeased response from Brady, who kicked upward at Jarrett.

The kick didn’t strike Jarrett, however the intent was enough to cause the league to tremendous Brady.

The play attracted loads of attention on account of Jarrett being flagged for roughing the passer, a call deemed questionable at best by most who viewed it. Brady later described the hit as “an extended hug, an extended unwelcome hug from Grady,” while Jarrett maintained he didn’t violate any rules by taking down Brady, saying “while you do it the best way, that is what makes it so frustrating because you probably did follow the principles.”

It was a big play that might have given the Falcons the ball with a probability to reply, but as a substitute produced a fresh set of downs for Tampa Bay; the Bucs eventually won, 21-15. It also drew a small tremendous for Brady, whose Buccaneers head to Week 6 atop the NFC South.