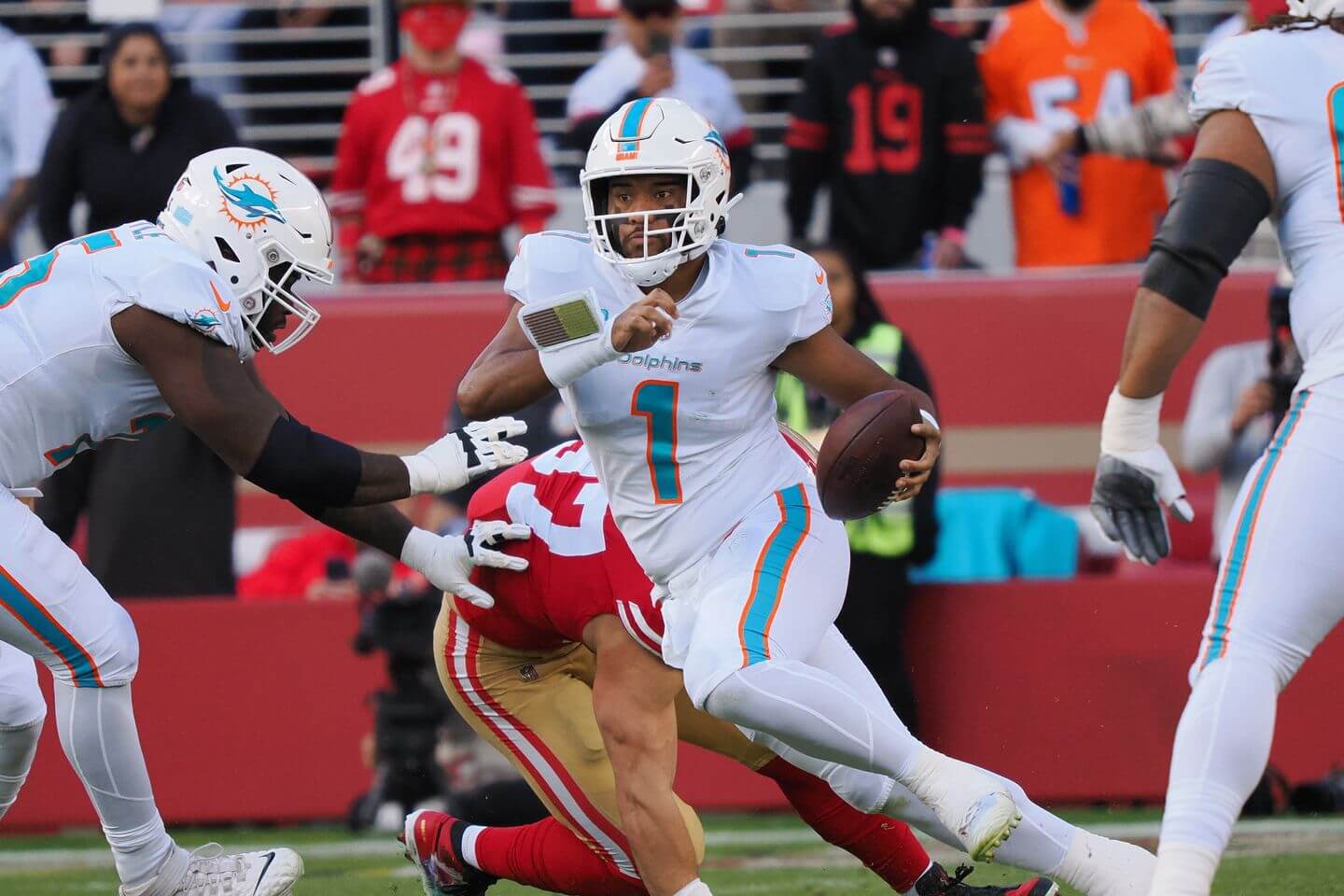 Sunday’s slate featured several matchups of teams in playoff spots heading into the weekend. It was no problem for the Eagles because the team with the league’s best record handled the Titans easily, 35-10 behind three Jalen Hurts touchdown passes and a run for a rating.

Meanwhile, the Giants and Commanders had a slugfest that resulted in a 20-20 tie after a Jahan Dotson touchdown from Taylor Heinicke tied it up with 1:45 left in regulation. The NFC East got here into the weekend having all 4 teams in playoff spots.

The Ravens needed to sweat out a 10-9 win over the Broncos after losing Lamar Jackson early to a knee injury. Baltimore had a brilliant outlook heading down the stretch with considered one of the league’s easiest schedules, but after losing to the Jaguars last week, barely beating the Broncos and Jackson’s injury, things suddenly look murky.

Aaron Rodgers once more owned the Bears with a 28-19 win over Justin Fields in Chicago, Kenny Pickett pulled out a 19-16 victory against the Falcons and the Vikings held off the Jets’ late rally with a 27-22 win.

Sunday also marked the return of Deshaun Watson as he made his Browns debut following his 11-game suspension for violating the NFL’s personal conduct policy after greater than two dozen women accused him of sexual misconduct and assault. The Browns beat Watson’s former team, the Texans, 27-14 behind two defensive touchdowns and a 76-yard punt return touchdown by Donovan Peoples-Jones.

The Athletic’s Tim Graham, Jeff Howe and Kalyn Kahler give their thoughts on Sunday’s NFL motion.