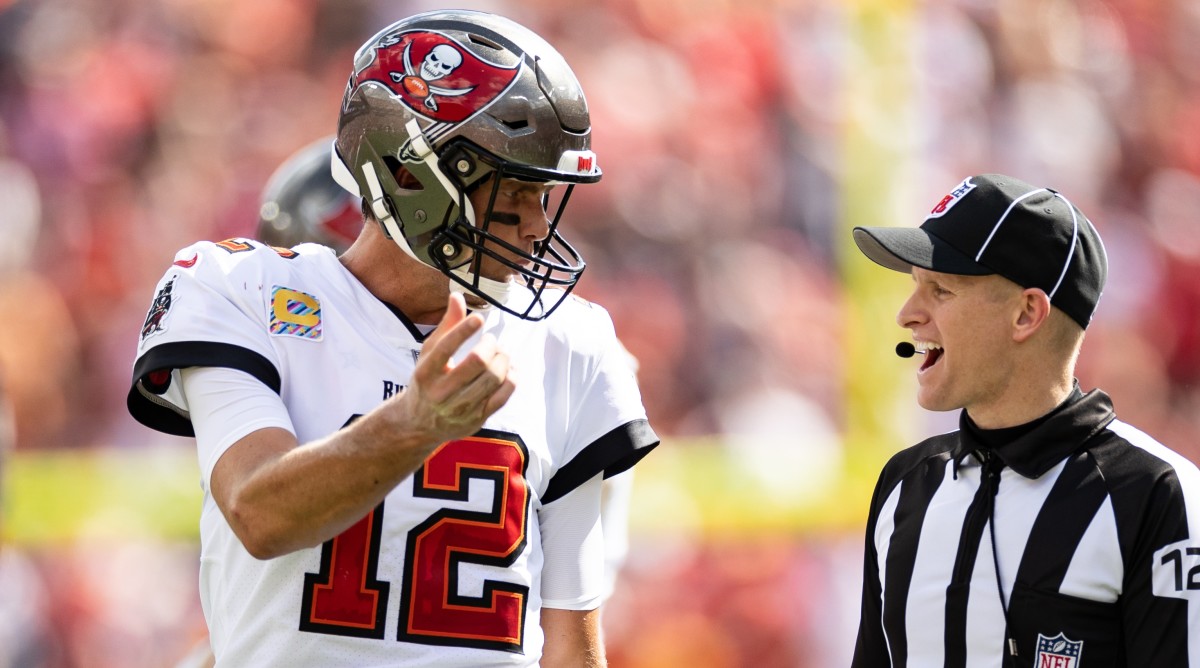 Controversy broke out late in Sunday’s game between the Falcons and the Buccaneers. Much like instances previously, it involved Tom Brady and a head-scratching roughing the passer penalty.

With Tampa Bay leading by six points within the fourth quarter—after being up 21–0 for much of the afternoon—Brady took a snap in shotgun formation and surveyed the sphere for an open receiver. He was unable to seek out one, allowing Atlanta defensive tackle Grady Jarrett to interrupt through the offensive line and have a clean shot on the Bucs quarterback.

Jarrett brought Brady to the bottom with ease, rolling him over in what gave the impression to be a relatively tame sack. Nevertheless, after a transient discussion between head referee Jerome Boger and the remaining of his crew, Jarrett was flagged for roughing the passer.

The penalty nullified the sack and gave Brady’s Buccaneers a free 15 yards and a fresh first down. Tampa Bay went on to convert two more first downs, allowing Brady to kneel out the clock and escape with a 21–15 win.

Given Brady’s penchant for attracting controversy relating to roughing the passer calls, social media erupted with questions on how and why the play was penalized. Analysts, former players and more took to Twitter to hypothesize about whether or not they’d just witnessed certainly one of the worst penalties in recent NFL history.

When asked his thoughts on the roughing the passer call, Brady responded partly: “I don’t throw the flags,” in accordance with ESPN’s Jeff Darlington.

Controversy aside, Tampa Bay got here out on top when the ultimate whistle sounded. The Buccaneers improved to three–2 with the win Sunday, while the Falcons dropped back to 2–3.