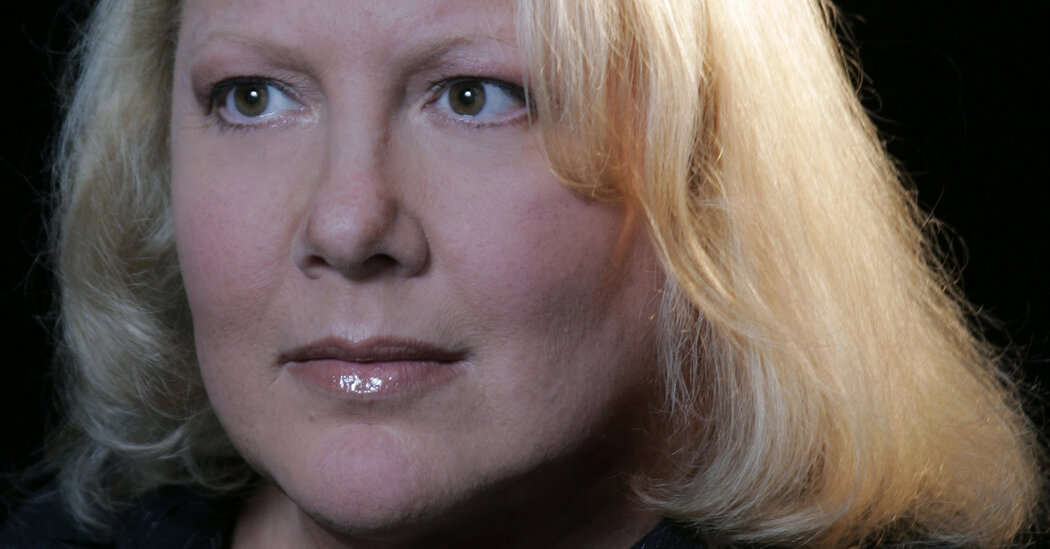 Nikki Finke, the acerbic, widely read entertainment reporter and blogger who broke Hollywood news, antagonized moguls and in 2006 founded the web site Deadline Hollywood Every day, now known simply as Deadline, died on Sunday in Boca Raton, Fla. She was 68.

Madelyn Hammond, a spokeswoman for her family, announced her death, saying only that it resulted from an extended illness.

After working for a time as a staff assistant within the Washington office of Representative Edward I. Koch, the Latest York Democrat who would later grow to be mayor of Latest York City, Ms. Finke joined The Associated Press in 1975 as a reporter. By the early Nineteen Eighties she had moved to The Dallas Morning News, after which joined Newsweek, The Los Angeles Times and other outlets before starting a column called Deadline Hollywood in LA Weekly in 2002.

There, and on the Deadline website, she mixed reportage and gossip in a energetic style that took no prisoners, whether scooping the world on who would host the Oscars, detailing the dealings amongst stars and agents or scrutinizing the deal-making of top executives.

“Ms. Finke is the queen of the ritual sacrifice,” David Carr wrote in The Latest York Times in 2013, “having roasted industry leaders like Marc Shmuger of Universal and Ben Silverman of NBC until they caught fire and ended up out of their jobs.”

That was advantageous by her.

“If there’s an open wound, I’m going to pour salt in it,” she told Jon Friedman of MarketWatch in 2006 for an article that carried the headline “In-Your-Face Finke Keeps Hollywood Honest.”

Ms. Finke was the antithesis of the entertainment journalists who show up at every red-carpet event and jostle for sound-bite quotes. She was often described as reclusive, a lot in order that in 2009 the web site Gawker offered $1,000 for a recent photograph of her.

“Here’s what makes me weird,” she told MarketWatch. “I care about what happens within the boardroom, not the celebrities.”

Executives weren’t her only targets. Sacred cows of all sorts, including the Sundance Film Festival in Utah, incurred her disdain.

“I don’t get all aflutter on the mere mention of the Park City film festival like some media,” she wrote on Deadline in 2007. “That’s because I’m much too cynical. Should you accept the premise that the film business is the folly of the wealthy, then the independent-film business must seem the folly of the stupidly wealthy.”

In 2015, by then out of the entertainment journalism business and dealing on a recent enterprise, a fiction website called Hollywood Dementia, Ms. Finke reflected on her profession and fame in an interview with Vulture.

“I’m a really old-school journalist,” she said. “I feel you make the comfortable uncomfortable, and that’s the entire point of doing it.”

One who was made uncomfortable was Brad Grey, chairman of Paramount Pictures during Ms. Finke’s heyday.

Growing up in Sands Point, on the North Shore of Long Island, she “ran in an Upper East Side social stratum,” as she put it in a 2005 essay in The Times lamenting the decline of the Plaza Hotel, where within the late Nineteen Fifties her mother would take her and her sister for afternoon tea.

“My cliquish world consisted of women and gents from Manhattan’s exclusive private schools and preppies down from Latest England boarding schools who played bit-parts on weekends and holidays,” she wrote.

Her parents traveled ceaselessly, taking Nikki and her sister, Terry, along. In one other 2005 essay for The Times, Ms. Finke recalled her mother’s obsession with seeing the best sights of Europe and staying in its finest accommodations while doing so.

“In her view,” Ms. Finke wrote, “travel was a privilege to not be squandered by booking stingily or mechanically.

“Once I begged to be taken to Disneyland to see Cinderella’s castle,” she added, “my mother responded, ‘Why do you must see fake castles once you’ve seen the actual ones?’”

Ms. Finke was a debutante, making her debut in 1971 on the International Debutante Ball in Latest York. She graduated from the Buckley Country Day School in North Hills, on Long Island, and the Hewitt School, on Manhattan’s Upper East Side, then earned a bachelor’s degree in political science from Wellesley College, where she worked on the campus newspaper, The Wellesley News.

Her travels as a baby prepared her well for her Associated Press job, which included covering foreign news.

Her entertainment column and blog didn’t play by the identical rules as mainstream journalism; she was noted for publishing rumors and innuendo and sometimes being slightly ahead of events. “Toldja!” was a favourite exclamation she would use when something she had foreseen actually occurred.

Starting Deadline was something of a leap of religion, coming at a time when the business model for independent online publishing ventures was unclear. But the positioning succeeded, and in 2009 she sold it to the Jay Penske company, now generally known as Penske Media Corp. She remained as editor in chief but clashed ceaselessly with Mr. Penske, and in 2013 they parted ways.

A legal clash with Mr. Penske resulted in an agreement that effectively barred her from practicing entertainment journalism, so in 2015 she began the fiction site.

“There’s plenty of truth in fiction,” she told The Times. “There are things I’m going to find a way to say in fiction that I can’t say in journalism without delay.”