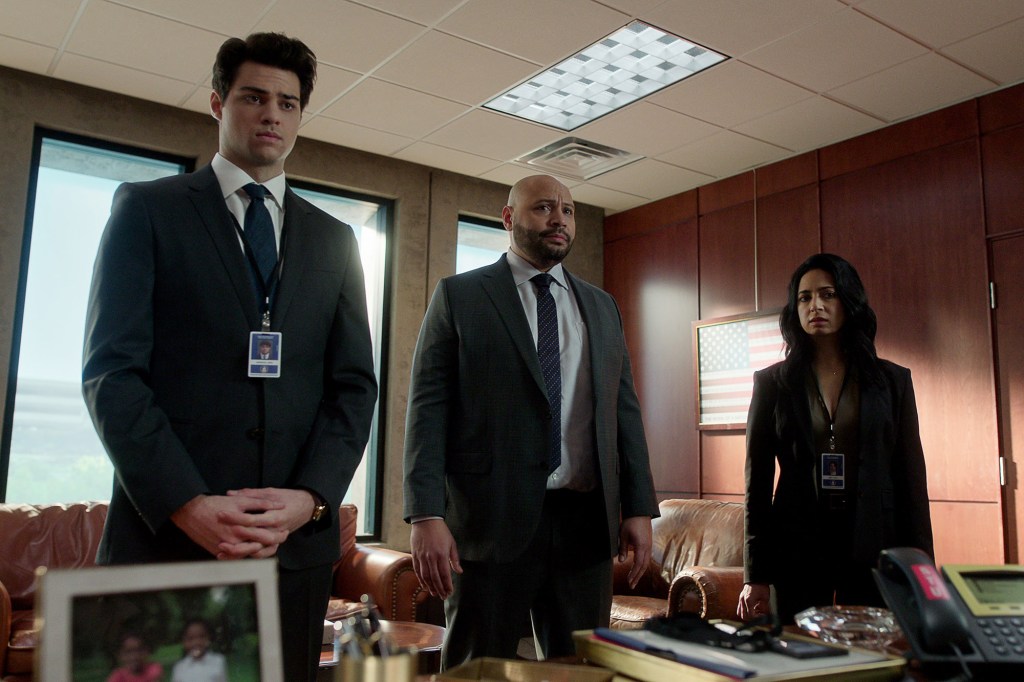 Noah Centineo’s journey from a rom-com king to the lead within the Netflix spy thriller “The Recruit” is a little bit of a bumpy ride.

Centineo, who starred in “To All of the Boys I’ve Loved Before,” is miscast here in a series that’s confused not only about its leading man, but about its genre.

“The Recruit” (now streaming) follows Owen Hendricks (Centineo), 24-year-old rookie lawyer who is simply on Day 2 on his job working for the CIA when his life gets turned the other way up.

He quickly becomes ensnared in intrigue, because of past agency asset Max Meladze (Laura Haddock), who’s imprisoned in Arizona and is threatening to disclose agency secrets unless she’s exonerated. (Owen conveniently stumbles on her letter when he’s tasked with sorting through mail, since that’s the boring busywork that recent hires are given). 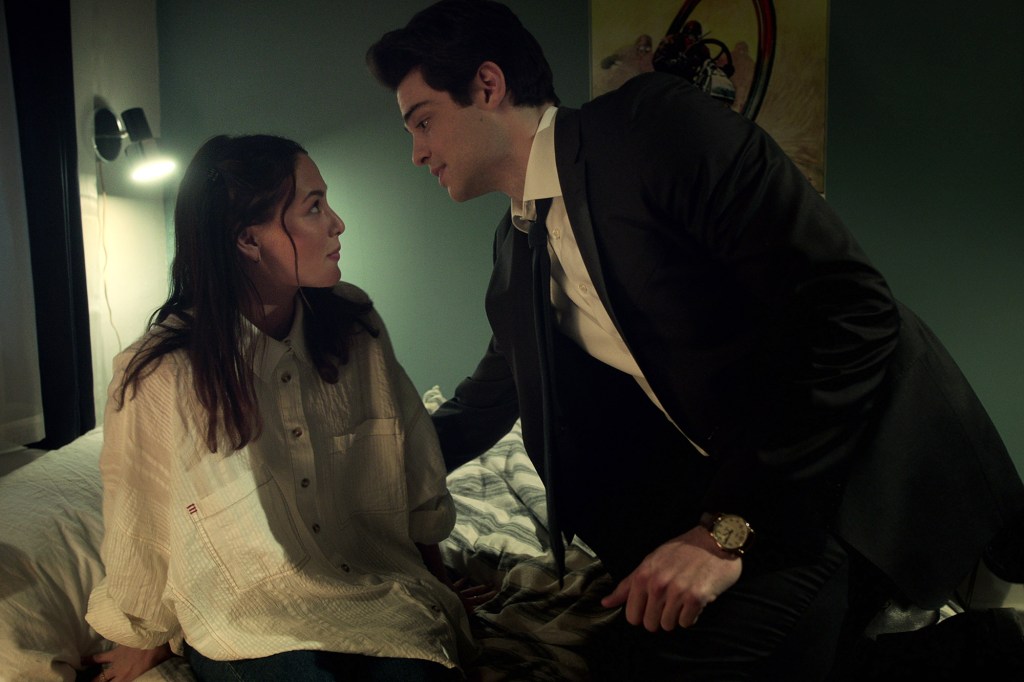 As Owen tries to cope with this case, he becomes involved in automotive chases, gun battles and, eventually, torture.

The show’s plot is basically, “hapless recent guy bumbles his way through the CIA.” It’s hard to pin down tonally, since that seems like a slapstick comedy, and it does have humorous moments. But it surely’s also serious about being an earnest thriller and seems to have some half-baked commentary in regards to the CIA and the drudgery of bureaucracy.

Centineo, who, along with his baby-faced visage, played a jock in “To All of the Boys I’ve Loved Before,” looks strange wearing a suit and strolling into an office and playing an “adult” role. In point of fact, he’s 26, so playing a 24-year old is smart. Still, he plays the Owen with the identical Golden-Retriever energy that he used to play a highschool jock. It’s awkward that he hasn’t modified his style to regulate to an older character or a shift in genre. Watching him as an adult — even a one with loads of Gen-Z signposts, including a heavy Instagram presence and goofy roommates — doesn’t feel quite believable. 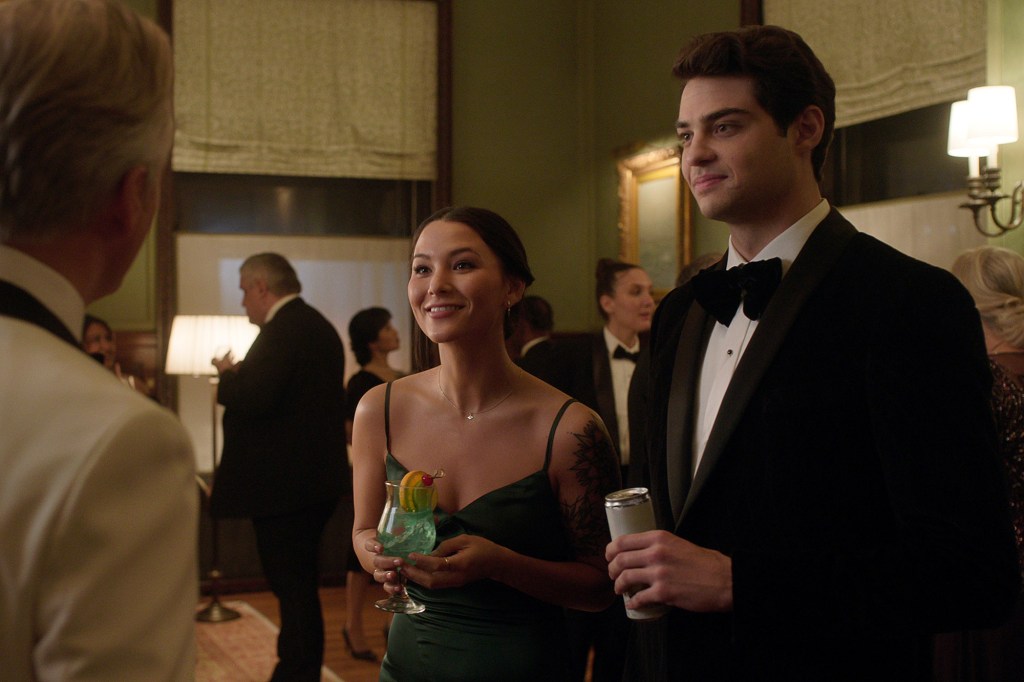 Fivel Stewart as Hannah Copeland, Noah Centineo as Owen Hendricks in “The Recruit.”NETFLIX 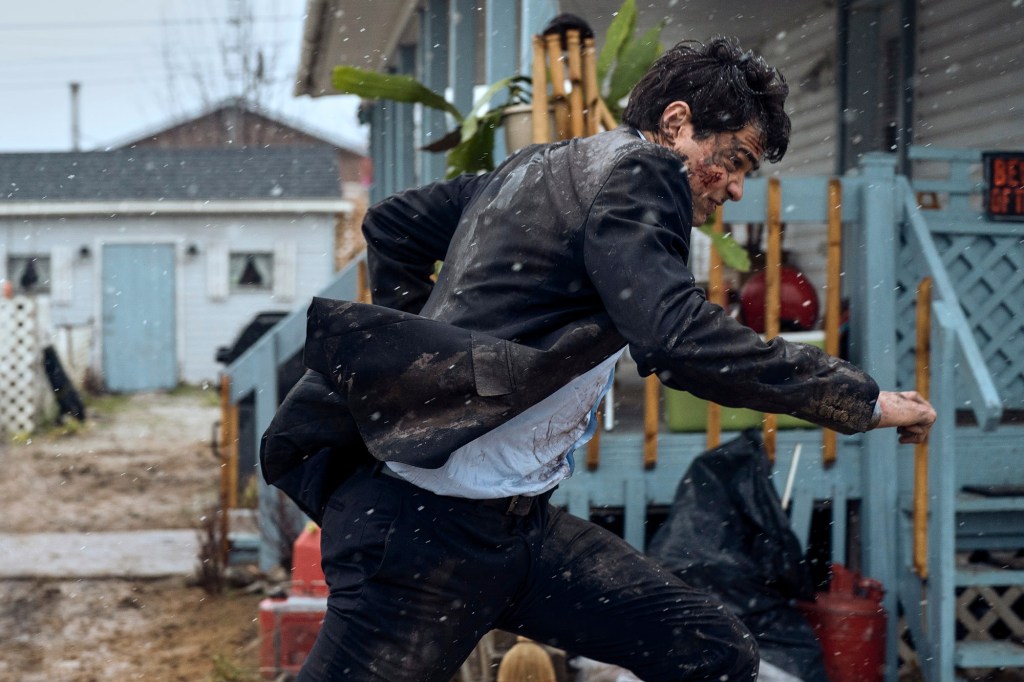 The plot gets convoluted as Owen runs around from locations starting from Yemen to Phoenix, however it moves at a brisk pace. There’s not a whole lot of coherence to why certain events are happening, with the automotive chases and guns seemingly added because they’re a part of the spy-thriller scenario. “The Recruit” doesn’t place much value on logic.

Also baffling is how little training Owen receives. He doesn’t know the agency’s policy for traveling to other countries, which nearly gets him killed, and his co-workers speak in code: “Any more contact on that squeaky wheel?” But when Owen responds in an easy way, describing his current task, his boss scolds him for being too loose-lipped, though he was never told how he should speak about his projects. It doesn’t feel remotely believable that any person with so little training is being thrown into dangerous, highly sensitive situations.

That would work if the show leaned into being a full-on ridiculous comedy about an unqualified man tasked with dangerous jobs, resembling “MacGruber.” But it surely doesn’t try this; it tries to have it each ways, equal parts spy thriller and zany romp, and it doesn’t quite succeed at either one.

“The Recruit,” has its fun moments, but as a complete, it’s a misfire. Centineo seems wanting to graduate from highschool roles without first putting within the work.