Now they don’t seem to be only after your chips! Brazen seagull struts into shop and steals a CROISSANT 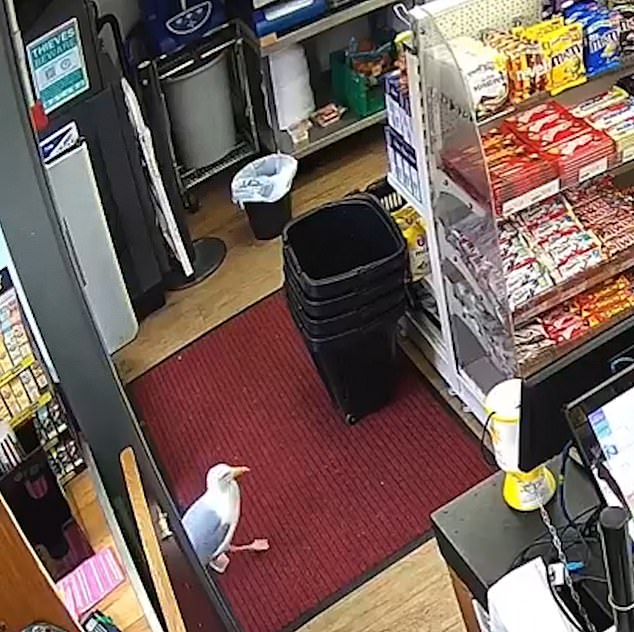 Now they don’t seem to be only after your chips! Brazen seagull struts into shop and steals a CROISSANT

By Arthur Parashar For Mailonline

Seagulls might well be known for stealing chips on the seaside but one crafty bird has become a part-time croissant thief.

CCTV footage from Late Stop 24 in Bangor, Wales shows the fearless gull striding in and snatching the pastry packet with its beak before walking back out the front door.

But shop owner Bipin Chawla, 61, told MailOnline that this is not the primary time he has spotted the cheeky seagull nipping in for a croissant off the underside row shelf.

‘He’s been in quite a couple of times now. He’s actually got a little bit of a routine, at all times between 6am and seven.30am.’

Mr Chawla sees the funny side to the thieving gull and took to social media to jokingly appeal for witnesses.

The post said: ‘DO YOU RECOGNISE THIS THIEF?? Caught on camera TWICE yesterday stealing from the premises, he’s pushing his luck…

‘Any person on the market must recognise him… we’ve already been given the name Steven, but may very well be only a relation. Any info appreciated’.

Mr Chawla says he doesn’t mind the seagull coming into his shop since it has develop into quite normal, the truth is he couldn’t remember how persistently the seagull had been in. 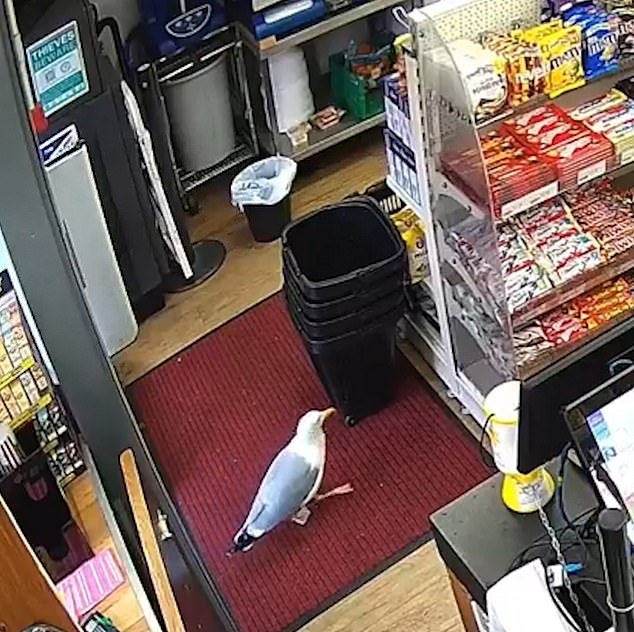 Getting closer: The cheeky gull has been spotted frequently frequenting the shop which has been family run for 40 years 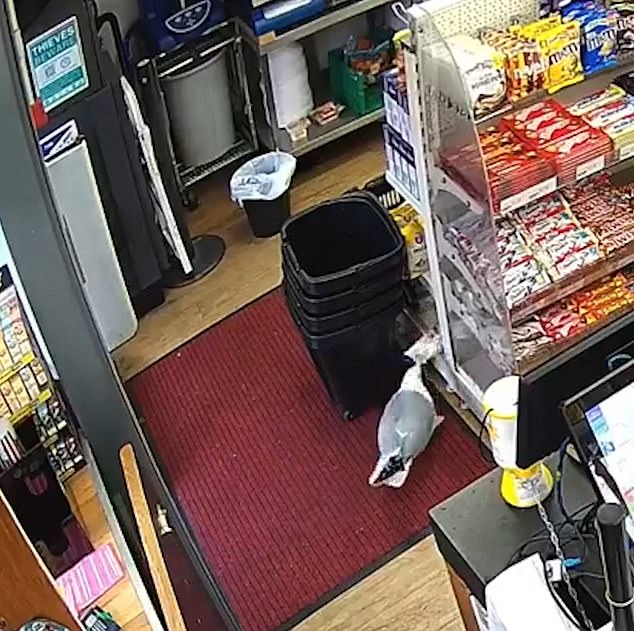 The seagull, which has been named Steven by shop owner Bipin Chawla quickly grabs what he got here in for 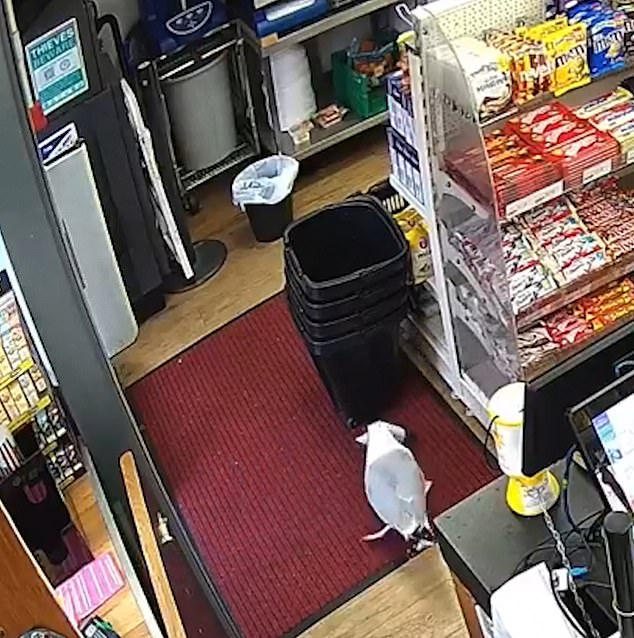 Caught red-handed: Mr Chawla, 61, couldn’t imagine his eyes so he went back to ascertain his CCTV cameras and located the evidence 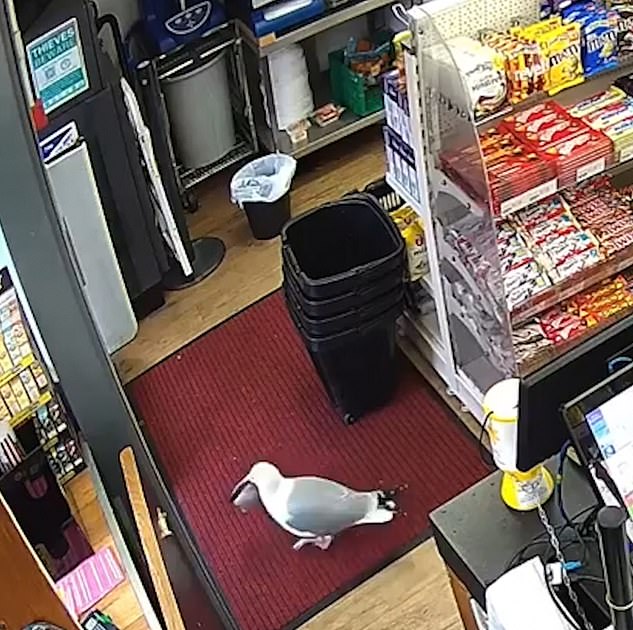 The seagull makes a run for it back out the door but has been coming in to the shop frequently in a routine fashion, often between 6am and seven.30am

The brazen gull has also been back to the shop to steal one other croissant since being caught red-handed on camera.

Bangor is just not the one place in Wales that experiences issues with unruly seagulls of late. Last week Gareth Parry, from nearby Llanfairpwll, told North Wales Lives that the village is ‘living in fear’ following a spate of attacks over the summer which have left people needing hospital treatment.

‘If I could, I’d send my council tax to the seagulls because they own this village now. Something must be done, so a lot of us have complained to the council but nothing is being done,’ he said.