NWSL Owners Step Aside as USWNT Stars Call for Change 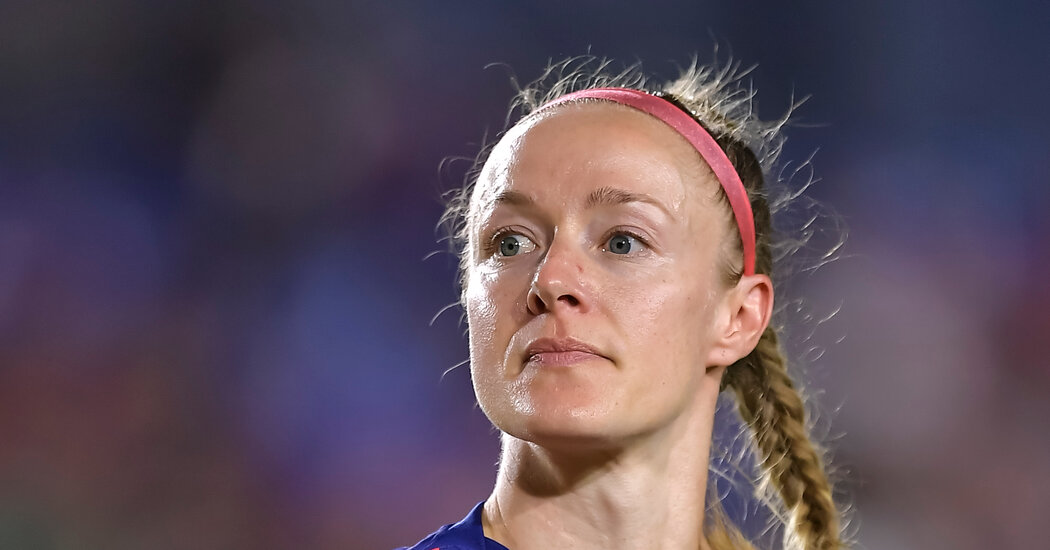 LONDON — The captain of the world champion United States women’s national soccer team said Tuesday that any owner or executive implicated in a damning report on abuse in women’s soccer “needs to be gone” from the game. That group of individuals, the captain, Becky Sauerbrunn, made clear, includes the owner and a number of other top executives of her own club team, the Portland Thorns.

“You could have failed in your stewardship,” Sauerbrunn said of soccer leaders and executives whose behavior was detailed in a scathing report, released Monday, that exposed years of abuse in American women’s soccer. “And it’s my opinion that each owner and executive and U.S. Soccer official who has repeatedly failed the players, and did not protect the players, who’ve hidden behind legalities, and who haven’t participated fully in these investigations, needs to be gone.”

As she was speaking, the Thorns’ owner, Merritt Paulson, released a press release by which he said he was “removing myself effective today” from the team’s decision-making. But Paulson gave no indication that he planned to sell the team in Portland, Ore., a stance that, for the moment, put him directly at odds with Sauerbrunn, considered one of his club’s most decorated and popular players.

Asked to make clear if her remarks included Paulson, Sauerbrunn, citing specific accusations against the owner and the Thorns but not speaking his name, left little doubt that Paulson was among the many targets of her comments.

“It includes everyone that has continued to fail the players time and time again,” she said of those that needs to be ostracized from soccer.

Paulson and at the least two team executives were accused in a report compiled by the previous Justice Department official Sally Q. Yates of hiding their knowledge of abuse by a former Thorns coach; of dismissing the claims of a player who raised such concerns; and of staying silent while the coach moved from team to team within the National Women’s Soccer League.

Shortly after Paulson’s announcement, Arnim Whisler, the owner of the Chicago Red Stars, said he would turn over control and step away from the N.W.S.L.’s board of governors, but didn’t indicate he would sell the team.

In keeping with the report, Whisler received complaints about Rory Dames, the team’s coach, as early as 2013 and the subsequent 12 months dismissed concern that Dames had “created a hostile environment” as national team players wanting “this league to shut down.” The report also revealed that Dames, who also coached a youth club, fostered a “sexualized team environment,” spoke to youth players about their sex lives and had sexual relationships with multiple players.

Dames resigned from the Red Stars last 12 months because the Washington Post prepared a report about his behavior.

“I’m so deeply sorry for what our players experienced during their time spent in Chicago,” Whisler said in a press release. “Our organization is committed to rebuilding trust and respect amongst players and staff towards our league and club, and I recognize that my current presence is a distraction.”

Sauerbrunn and her teammate Alana Cook, who spoke on the identical call on Tuesday evening, were unsparing of their view that strong motion, including the forced sale of teams and the firing of officials known to have hidden or abetted the abuse of ladies, was overdue.

“I believe it’s time,” Sauerbrunn said, “for those which might be in authority and leadership positions to start out holding one another accountable, and asking for the change that should occur.”

Cook, like Sauerbrunn, said that with players having come forward to disclose and document years of abuse, the responsibility to remove problematic coaches, executives and owners lay with the game’s leadership.

“For therefore long it’s been on the players to talk out,” Cook said. “It shouldn’t be on us anymore.”

Sauerbrunn and Cook spoke in London, where america will play the European champion England in an exhibition game Friday night. Each players, and their coach, Vlatko Andonovski, said the team was reeling from the revelations within the Yates report, and struggling to give attention to Friday’s game.

“The players usually are not doing well,” Sauerbrunn said. “We’re horrified and heartbroken and frustrated and exhausted and really, really indignant.”

Andonovski said that he and his staff were respecting that every player was processing the report otherwise, and that each one have been given room to do this. Allowances have been made, he said, for players to skip meetings, training sessions and even Friday’s game.

Paulson’s statement was his first public comment because the release of the report. He said within the statement that two other top Thorns executives whose personal and skilled behavior was criticized within the report, the president of soccer Gavin Wilkinson and the team’s president of business Mike Golub, would also step aside while a separate investigation is conducted by the N.W.S.L. and its players’ union.

But Paulson didn’t say whether he planned to sell the team, and Sauerbrunn and Cook together with other players quickly signaled that stopping in need of a whole exit could be inadequate.

“I believe that lots of trust has been broken,” Sauerbrunn said. She added, “At the top of the day, if people proceed to fail the players, and so they don’t comply with anything that gets asked of them in these reports and gets implemented in these reports, they have to be gone gone.”