On the Telluride Film Festival, ‘Women Talking’ and Other Topics of Conversation 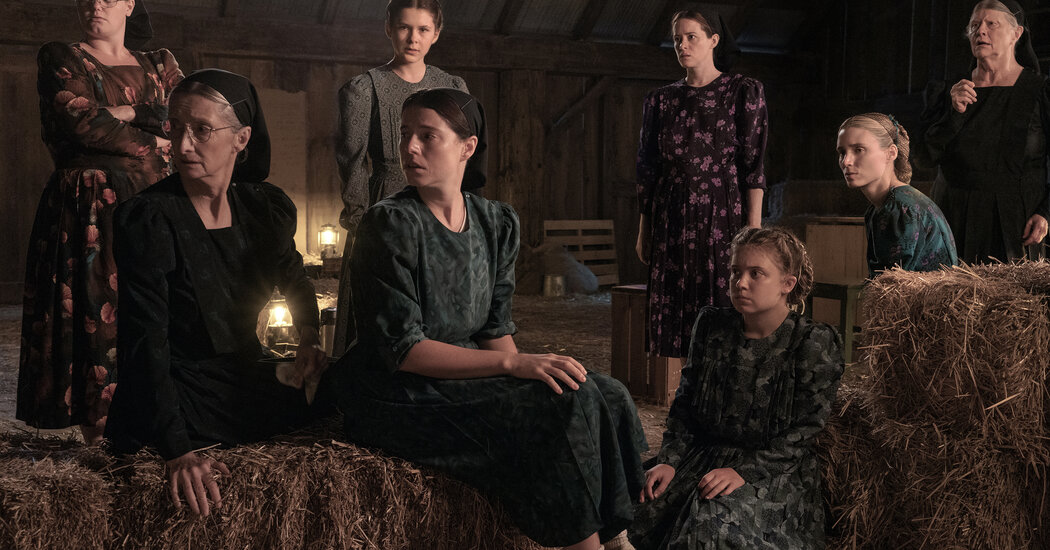 TELLURIDE, Colo. — On the Telluride Film Festival here, the “ringmasters” who introduce screenings in venues that include two school auditoriums, a hockey rink, an old opera house and a classic single-screen movie show wish to invoke the pure love of cinema as the only real organizing principle. The self-esteem of this annual Labor Day weekend event, which lures a number of thousand travelers high into the Rockies to sit down in dark rooms amid spectacular scenery, is that it rises above the hype and hustle that animate other major festivals.

It’s a little bit of a myth. Really, there’s nothing pure about either cinema — a hybrid art form stamped from birth with the mark of commerce — or cinephilia, which mixes lofty aestheticism with more visceral, less respectable forms of pleasure. Telluride, which in recent times has presented a formidable variety of future best picture Oscar winners (including “Argo,” “Moonlight” and “The Shape of Water”), goals neither too high nor too low. At its best, it shows how expansive and various, how hospitable to individual vision and artistic risk, mainstream filmmaking will be.

Sometimes, Telluride’s best is pretty much as good as movies will be. I felt that way in 2016, at the primary festival screening of “Moonlight.” The silence that blanketed the room after the luminous final shot is like nothing else I’ve experienced in a lifetime of moviegoing. It looked as if it would represent the collective discovery of a latest emotion, a sense that mixes recognition and revelation.

I felt something similar at the tip of “Women Talking,” Sarah Polley’s warm and rigorous adaptation of a 2018 novel by the Canadian author Miriam Toews. I don’t wish to overdo the comparison: these are very different movies. But what “Women Talking” shares with “Moonlight” is an absolute concentration on the specifics of story and setting that nonetheless illuminate an unlimited, underexplored region of up to date life. A reality that has all the time been there’s seen as if for the primary time.

In “Women Talking” that reality is sexual violence against women. The film takes place in a Mennonite colony where a series of horrific rapes has come to light, perpetrated by a few of the men locally against dozens of ladies and young girls, who were assaulted in their very own beds after being drugged with a cattle tranquilizer. A bunch of ladies meets to choose how you can respond. A colony-wide, women-only referendum has already ruled out doing nothing, so the alternatives are to remain and fight or pack up and leave.

The premise is easy and suspenseful, but as the ladies debate their options, the complexity of their predicament becomes apparent. They understand clearly the character of their oppression, and additionally they understand that it’s connected to every part and everybody they know and love: their faith; their community; their husbands, brothers and sons.

With a remarkable ensemble forged that features Jessie Buckley, Claire Foy, Rooney Mara, Judith Ivey and Frances McDormand (who can be certainly one of the producers, and whose encounter with Toews’s book within the wake of #MeToo set the project in motion), “Women Talking” will be described as a special sort of political thriller. It concerns the fundamental needs — for justice, for safety, for a voice — that lie at the basis of democratic politics, and the ways in which radical ideas about freedom and power can arise from the assertion of those needs. The joys comes from witnessing that assertion take shape and understanding its costs.

You would say that the feminism of “Women Talking” highlights a theme of the festival, but I’m more inclined to think that feminism is integral to Telluride’s identity. The struggles of ladies to seek out freedom, pleasure and control in circumstances that appear designed to thwart them drive the narratives of films as varied as Mia Hansen-Love’s “One Nice Morning,” Sam Mendes’s “Empire of Light,” Todd Field’s “Tár” and “Lady Chatterley’s Lover,” Laure de Clermont-Tonnerre’s energetic and intelligent adaptation of the once-notorious D.H. Lawrence novel.

De Clermont-Tonnerre downplays Lawrence’s sexual mysticism — though there’s still loads of sex, bravely simulated by Emma Corrin and Jack O’Connell within the principal roles — while highlighting his still-timely ideas about class, family and the disruptive power of desire. The feminism of the movie is bracingly straightforward, less an ideological argument than a press release of fact. And the identical may very well be said of the festival itself, where movies directed by women routinely make up a considerable a part of the roster, something that is never true of Venice or Cannes, even now.

Not that male filmmakers are going anywhere. What I mean is, they — not all of them, after all — are going into their very own pasts and in some cases their very own belly buttons. James Gray’s “Armageddon Time” is a piercingly sad, pointedly autobiographical story set in Queens within the early Nineteen Eighties. A Jewish sixth-grader named Paul (played by Banks Repeta) befriends a Black classmate named Johnny (Jaylin Webb) and learns some hard lessons in regards to the cruelty of the world and his own role in it.

The movie, which also stars Anthony Hopkins, Anne Hathaway and Jeremy Strong, is vulnerable to criticisms of sentimentality and wishful pondering, nevertheless it wears that vulnerability on its sleeve, and seems conscious of its limitations reasonably than defensive of its noble intentions. It’s not about liberal guilt; it’s about moral regret.

Regret is among the many themes of “Bardo, False Chronicle of a Handful of Truths,” Alejandro G. Iñarritu’s three-hour rumination on death, fame, family and the endlessly vexed relationship between Mexico and its noisy northern neighbor, but its mood is defiant, ornery and bombastic.

Many critics on the Venice Film Festival last week were scornful: a grandiose, self-aggrandizing statement like this makes for a straightforward goal. The road between personal exploration and solipsistic self-indulgence is a high-quality one, and it’s one which Iñarritu definitely crosses, here as in “Birdman.” But the size of his ego, the immodesty of his conflation of the history of two nations with the fluctuations of his own consciousness, is matched by the strangeness and dynamism of his images.

“Bardo” is his “8½,” with a splendidly hangdog Daniel Giménez Cacho doing Marcello Mastroianni duty because the director’s alter ego, a journalist turned documentary filmmaker who splits his life and work between Mexico City and Los Angeles. Unlike Mastroianni’s character, who’s caught in a characteristically Felliniesque whirlwind of artistic ambition and sexual mania, Giménez Cacho’s Silverio is beset by the demands of fatherhood, the complexities of national identity and the hovering presence of death. He’s not a sensualist, he’s an mental.

There may be lots to unpack here; the movie is a steamer trunk filled with big ideas, obscure grudges, intimate memories and inside jokes. While I understand the impatience of a few of my colleagues, I’m inclined to defend “Bardo” and Iñarritu against their reflexive derision. As large-scale moviemaking is increasingly harnessed to the soulless corporate imperatives of franchise-building and fan service, we want more big, messy, idiosyncratic movies like this one.

We also need more movies like “Tár,” though I’m undecided I’ve ever seen a movie quite like “Tár.” Its first scenes seem to vow an almost self-parodic tour of Twenty first-century highbrow culture, as Lydia Tár, a world-famous conductor played by Cate Blanchett, is interviewed by the real-life author Adam Gopnik on the Latest Yorker Festival. And while the aura of philanthropically endowed luxury and ostentatiously understated good taste never quite dissipates — if anything, it intensifies once the motion settles down in Berlin — an unruly and sophisticated artistic passion rises to the surface.

That zeal is each Field’s subject and his motive. The music Lydia loves — she’s especially dedicated to Mahler — conveys overwhelming, sometimes violent emotion by the use of fanatical discipline. Field, returning to directing after an extended absence, balances Apollonian restraint with Dionysian frenzy. “Tár” is meticulously controlled and likewise scarily wild, very similar to Lydia herself. It’s partly a #MeToo parable about personal and skilled boundaries, wherein a distinguished cultural figure is accused of predatory behavior. Field finds a latest way of posing the perennial query about separating the artist from the art, an issue that he suggests can only be answered by one other query: are you crazy?

Lydia’s surname is an anagram for art — and likewise, as a disaffected acolyte notes, for rat. The pursuit of beauty is treacherous; our most exalted aspirations commingle with our lowest impulses. That’s something every movie lover knows, nevertheless it’s all the time good to be reminded.

Suze Orman is staying conservative along with her investments, shunning tech and buying T-bills

Suze Orman is staying conservative along with her investments, shunning tech and buying T-bills