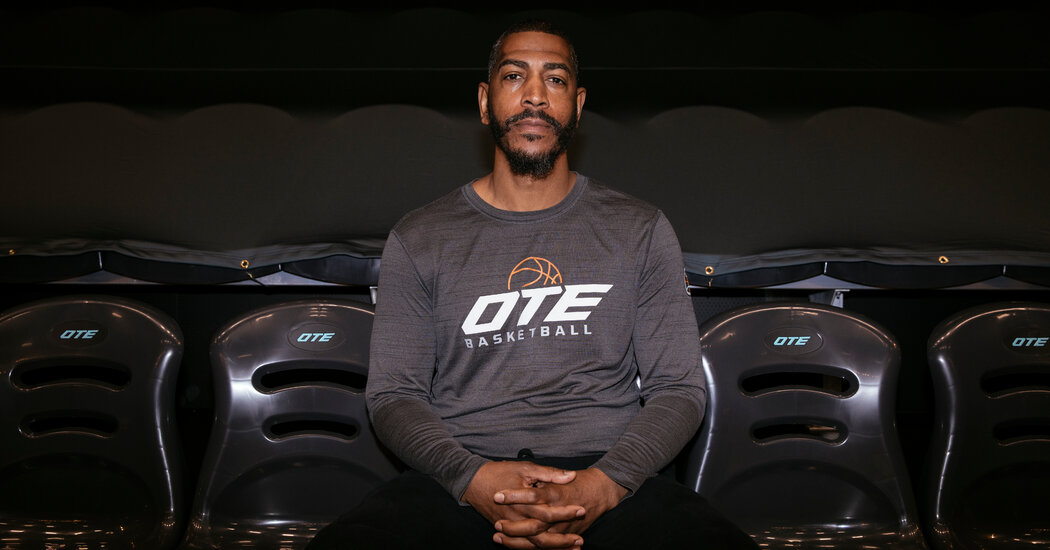 “I’m in an amazing place,” said Kevin Ollie, his voice clear and firm as we spoke recently in a telephone interview. “Exactly where I should be.”

Ollie meant that he was back to doing what he does best: prodding, cajoling and using his ability to connect with help young basketball players maximize their talent.

“I all the time was a facilitator,” he said. “That was all the time just my nature. After I played, I desired to get the assist as a substitute of the basket. I wanted to provide greater than I desired to receive.”

He was known for those qualities during his 13-year profession as an N.B.A. journeyman who mentored then-nascent stars like LeBron James in Cleveland and Kevin Durant, James Harden and Russell Westbrook in Oklahoma City.

And he did the identical more recently on the University of Connecticut, where he helped guide the Huskies to the 2011 national title as an assistant to Coach Jim Calhoun after which led them to a different championship in 2014 as head coach.

But all that was before Ollie’s charmed basketball life went awry — before he went from N.C.A.A. poster child to N.C.A.A. pariah, fired by UConn for allegations he had skirted the byzantine thicket of rules which have propped up collegiate sports for a long time.

Now, buoyed by a legal ruling that castigated UConn for a way it treated him, he has returned to basketball — but in a wholly latest role. Together with being a facilitator, as of late he calls himself a “visionary” and a “disrupter” — a part of a wave of change that’s difficult the tried-and-true amateur system that developed young athletes, polishing them for school and the professionals.

Ollie, 49, serves as head of coaching and director of player development at Extra time Elite, a professional basketball league and training academy based in Atlanta now in its second yr.

With its flashy latest 103,000-square-foot campus — encompassing an arena which rivals those in the school ranks, state-of-the-art conditioning facilities and classrooms — Extra time Elite offers stiff competition, full-time training, schoolwork and two options for getting paid to 31 of the highest young players on this planet, ages 16 to twenty.

“It’s all about alternative,” said Ollie, a preacher’s enthusiastic cadence in his voice, which is sensible provided that his late mother, Dorothy, was a minister.

Alternative is the disruptive part.

“There mustn’t just be one pathway for these young student-athletes,” he said. “We give them options that didn’t exist before.”

Who could have imagined this even just a few years ago? Extra time Elite players can skip college and earn $100,000 plus bonuses while honing their skills under the attention of Ollie and other coaches. Or they will forsake a salary, earn money from endorsements and remain eligible to play in college, if the professional leagues aren’t within the cards.

The drained mythology of amateurism is peeling away. Because it does, players have latest ways to appreciate their dreams, allowing them to bypass college and start making serious money while of their teens. Together with the N.B.A.’s developmental league and overseas skilled basketball, Extra time is one other pathway for the perfect young basketball talent.

That Ollie helps lead the upstart, game-changing academy is symbolic, for the contours of his journey once represented the optimal path the N.C.A.A. could offer a player.

When he returned to UConn as an assistant coach, he helped Kemba Walker find his way onto the identical road. Their 2011 championship title got here courtesy of Walker’s monster scoring streaks within the Big East and N.C.A.A. tournaments.

“There was something special about how he affected guys and gave us confidence,” said Walker, who has played in 4 All-Star Games during his 11-year N.B.A. profession. “It was his spirit. He’s such a positive dude in a way that gets to you, and I ended up getting lots of my positivity from him. He was huge for me in college.”

Ollie took over for Calhoun in 2012 and have become only the fourth Black coach to win a Division I men’s basketball championship, in 2014. He was so highly regarded then that his name was in the combination to fill head jobs with the Nets, Los Angeles Lakers and Golden State Warriors.

But Ollie stayed at UConn, nudging his players to their futures until, in 2018, UConn fired him amid an N.C.A.A. investigation that his program skirted the principles. Among the many accusations: Student managers kept statistics on pickup games and reported them back to coaches; a trainer friend of Ollie’s worked out players and didn’t charge them; Ollie arranged a call between a recruit and former UConn stars who had played within the N.B.A.

The dismissal pushed Ollie to fight.

“I didn’t want my voice to be quiet,” Ollie said of his next move — suing the university that had shaped him.

A four-year battle began coming to an end in January when an arbitrator ruled UConn had to provide Ollie $11.1 million in back pay and issued a 69-page report that read as a stinging indictment of the university, which had supported Calhoun during similar N.C.A.A. investigations. The arbitrator wrote that “UConn’s dismissal of Kevin Ollie was predicated on an incomplete investigation, inadequate process and ultimately a set of unproven or minor, isolated infractions for which termination was far too severe a sanction.”

Ollie cannot speak about the small print of his victory, but said he hoped to be a beacon to Black coaches who consider they’ve unfairly lost jobs.

What a turn of events. College basketball now needs coaches like Ollie — capable of relate to players, and embrace change, greater than ever. The N.C.A.A.’s antiquated model has been upended repeatedly lately. Athletes can transfer in a blink, and endorsement rules have made a few of them millionaires.

The pace of evolution helped spur the departure of a pair of the old-guard coaching greats. Mike Krzyzewski at Duke and Roy Williams at North Carolina appeared to don’t have any appetite for this latest structure, a poor fit for my-way-or-the-highway leaders of old.

Ollie said he has watched the metamorphosis unfold at arm’s length. He catches only snippets of UConn basketball, never an entire game. He stays optimistic that college basketball will discover a approach to survive and even thrive. The “bloodlines,” he said, run too deep.

“We played within the Big East,” he said. “I coached for the University of Connecticut, my alma mater. I loved it there. Still do. The battles I had on the court as a player and a coach, being within the N.C.A.A. tournament, the pressure, all these items, I miss.”

There was sadness in his voice. Then a beat passed, and he snapped back to his usual, up-tempo self as he noted how much he loves being in the combination of change and “helping young kids evolve into something special, because all of us have a masterpiece inside us.”