Patriots, Panthers get into huge brawl during training camp practice 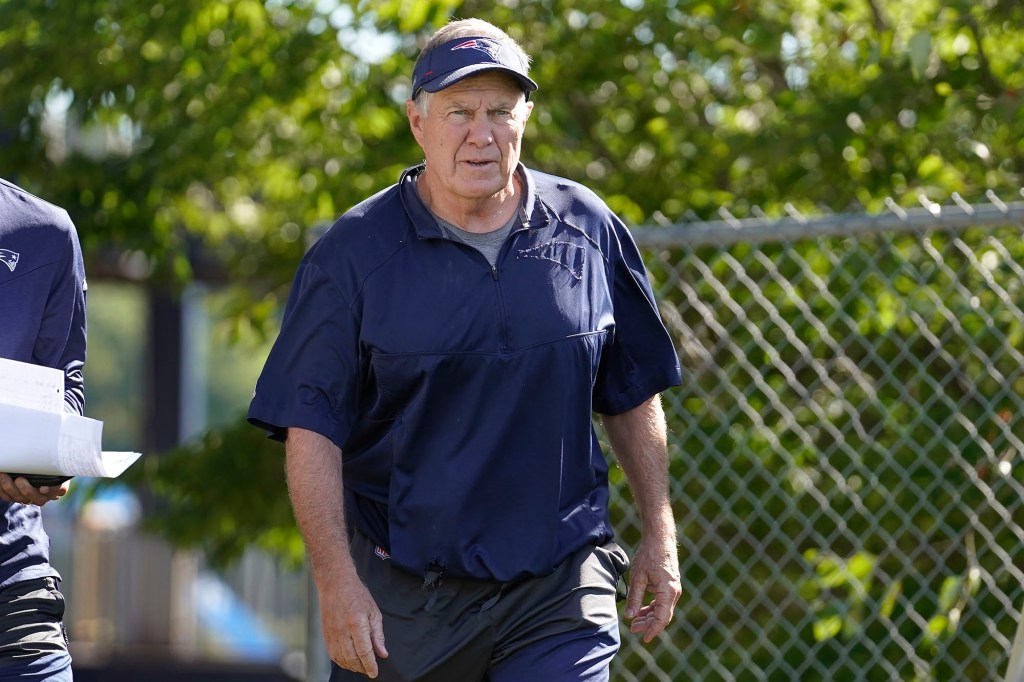 An enormous brawl broke out between the Patriots and Panthers that resulted in multiple ejections throughout the first day of joint practices on Tuesday in Foxboro, Mass.

The practice fields cleared as chaos erupted between Recent England’s offense and Carolina’s defense, in keeping with Henry McKenna of Fox Sports, who reported that Panthers linebacker Cory Littleton was “throwing punches.”

It’s unclear what exactly led to the on-field altercation that reportedly saw multiple players throwing haymakers. Patriots receiver Kristian Wilkerson was tackled to the bottom and things escalated from there, in keeping with Evan Lazar of Patriots.com.

Patriots head coach Bill Belichick firstly of a joint practice with the Panthers on Tuesday.AP

HUGE fight happening, began with shoving and ended with a variety of punches being thrown. Each fields were cleared. Chaos in Foxboro. pic.twitter.com/BU2YrzEVAE

Ferentz reportedly emerged from the dog pile without his helmet.

Patriots coach Bill Belichick then gathered his team for a long huddle. He was “audibly frustrated with the shortage of … professionalism,” McKenna tweeted.

Panthers coach Matt Rhule said he and Belichick agreed before practice that any player who gets right into a fight could be kicked out.

Each teams took a minute to gather themselves before heading right into a singular set of 11-on-11s.