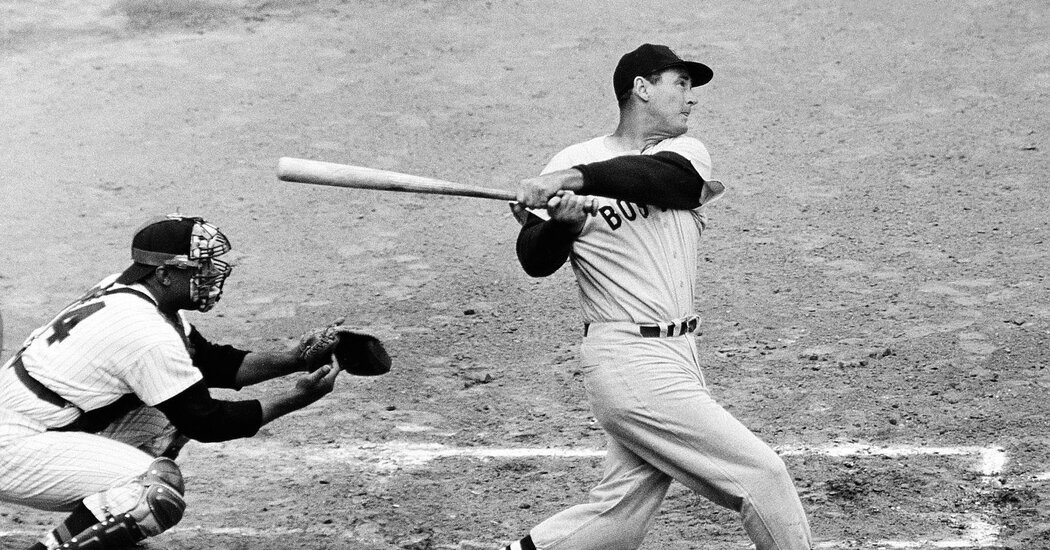 I knew my sister, Molly, a reporter for The Recent York Times, was scheduled to interview Ted about food, fishing, and clearly, slightly baseball, too. When Molly told me about this, I used to be in awe that my older sister was poised to talk with one among the best hitters of all time. I jokingly told Molly that I used to be struggling and that she should tell Ted I needed some advice. Still, I never expected Molly’s visit to Ted’s home would lead to him contacting me. This all brought me back to being the boy whose proud father had told him his swing was harking back to Williams’s swing. I couldn’t match Williams’s swing or his accomplishments, but I used to be giddy about talking to the person himself.

Paul O’Neill was a star outfielder for the Cincinnati Reds and the Yankees. He hit .288 with 281 home runs in 17 seasons.Credit…Grand Central Publishing

To at the present time, even with my sister’s connection and her gentle or forceful nudging, I’m still amazed that Ted was willing to call me. I used to be much more amazed when Ted said, “I bet you’re not hitting the ball the opposite way.” That comment gave me goose bumps since it showed that Ted knew the best way that I needed to hit to be productive. To achieve success, I needed to search for pitches on the center or outside a part of the plate and hit the ball to the other field. So, the legendary Ted Williams — a pull hitter who was also talented enough to regulate and hit the ball up the center or the other way — knew my approach.

“You recognize what?” I replied. “You’re right. I’ve been getting out on my front side too quickly.” A minute into the conversation, I used to be already attempting to process how surreal it was that Ted Williams — the Ted Williams — was evaluating me as a hitter. Ted won six batting titles, two M.V.P.s, made nineteen All-Star teams, was the last man to hit over .400 (in 1941), and finished his phenomenal profession with a .344 average, 521 homers, and an all-time record .482 on-base percentage. He was the hero who also paused his profession twice to serve our country in World War II and the Korean War. And he was talking to me about hitting! It was such an inspirational and nerve-racking call because I used to be absorbing every word Ted uttered. But I also felt like there have been 100 questions I needed to ask before the voice of God hung up. I didn’t need to interrupt him, so I let him guide the conversation and, sure enough, Ted said something that made me smile and made me feel like I had done something right as a hitter.

As much as any hitting advice I’ve ever received, those words resonated with me because they aligned with how I at all times felt. A stubborn and serious hitter, I used to be dedicated to my approach of swinging level and elevating right into a slight uppercut to hit line drives. I believed in that swing and still imagine in it. Hearing Williams say a hitter shouldn’t let anyone change him was one among the highlights of the decision and was something I could have listened to all day.

Truthfully, I must have expected Ted to emphasise that since it’s what he had written in “The Science of Hitting,” his seminal book wherein he dissected probably the most difficult thing to do in sports: hitting a baseball. I don’t remember the primary time I picked up the book, but I do remember being enamored with it. There’s an image of Ted on the duvet, his front foot barely lifted, his eyes focused on the baseball, and body language that screams, “I’m about to crush this pitch.” Ted wrote that Lefty O’Doul, who hit .349 in his profession, told him, “Son, whatever you do, don’t let anybody change your style. Your style is your personal.” Ted obeyed. So did I.