Paul Vance, Lyricist Behind an ‘Itsy Bitsy’ Bikini, Dies at 92 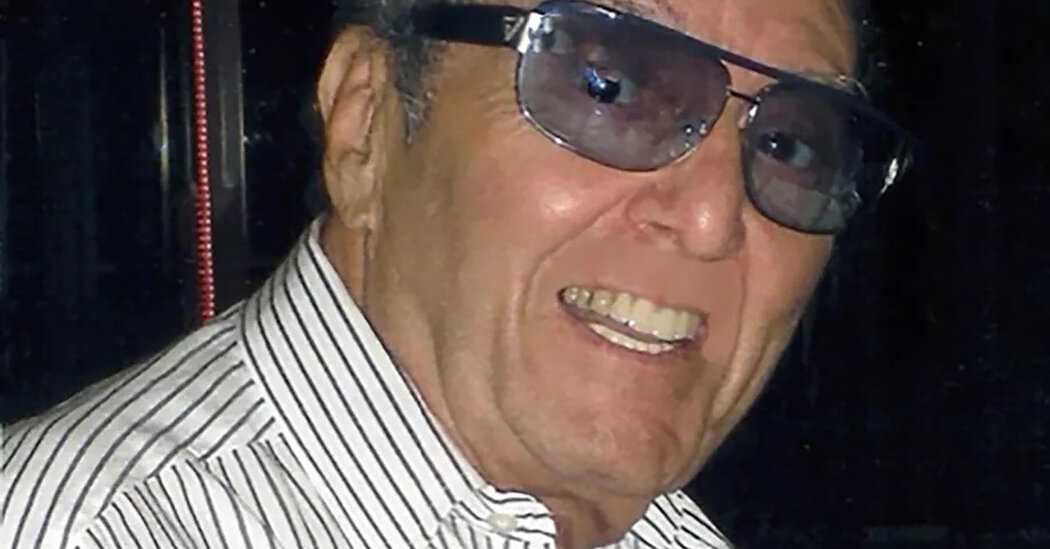 Paul Vance, who described the uncertain path of a woman in a risqué two-piece bathing suit as she advanced from a locker to the shore within the novelty hit song “Itsy Bitsy Teenie Weenie Yellow Polka Dot Bikini,” died on May 30 in West Palm Beach, Fla. He was 92.

His daughter Paula Vance confirmed the death, at a nursing facility.

It was Paula, who at 2 years old, inspired the song. On a family trip to the beach in 1960, she wore certainly one of the itsy bitsy teenie weenie yellow polka dot bikinis that her Aunt Lena had made for her and two of her cousins. But her shyness made her retreat, at first, due to the response of two boys who exclaimed that she was wearing no clothes.

When she re-emerged, she wrapped herself in a blanket before venturing into the water. While within the water, the underside of her bikini fell off. Heading home, the lyrics to “Itsy Bitsy” began coming to Mr. Vance. He called Lee Pockriss, his songwriting partner on numerous hits.

“I sang the lyric on the phone and by the point he got to my office a few hours later, he had 90 percent of the tune written,” Mr. Vance was quoted as saying within the obituary for Mr. Pockriss in The Los Angeles Times in 2011.

The song was soon recorded by Brian Hyland, a 16-year-old heartthrob from Queens, and it spent 15 weeks on the Billboard Hot 100 chart, including one week at No. 1. Before introducing Mr. Hyland on his Saturday night prime-time TV show — where somewhat girl would re-enact Paula Vance’s experience on a set with a shower house and mock waves — the host Dick Clark called “Itsy Bitsy” the “hottest or coolest record within the country, the most important thing around.”

“Itsy Bitsy” endured longer than its time on the charts, though. It has been covered dozens of times by artists as diverse as Connie Francis, Kermit and Miss Piggy, and Devo and utilized in commercials for products like Yoplait Light and Special K cereal.

Joseph Philip Florio was born on Nov. 4, 1929, in Brooklyn to Philip and Concetta Florio. His father delivered ice in a horse-drawn wagon. His mother was a homemaker.

He began writing lyrics when he was 13 but had no clear path to being a composer. He described himself to The Palm Beach Post in 2015 as a “dese, dose and dem” guy who avoided falling in with the Mafia. As an alternative, he served within the Army at Fort Leavenworth, Kan., then opened a junkyard and auto salvage business. He was already in his mid-20s when he met Mr. Pockriss, a composer who had done graduate work with Aaron Copland.

“It’s a super skilled combination,” Mr. Pockriss told The Associated Press in 1960, adding: “He understands the general public. I understand the occupation.”

Their 1957 song “Catch a Falling Star” was successful for Perry Como in 1957 and the primary record certified gold by the Recording Industry Association of America.

The success of “Catch a Falling Star” let Mr. Vance give attention to songwriting, and he modified his name to sound less ethnic. With various collaborators, including Mr. Pockriss, he wrote songs originally recorded by Johnny Mathis, Paul Anka, Tommy James and the Shondells, and Patti Page.

Mr. Vance cajoled Clint Holmes into recording his and Mr. Pockriss’s song “Playground in My Mind” by following him right into a men’s room to make his pitch, at a venue within the Bahamas, where Mr. Holmes was performing. Chatting with The Palm Beach Post, Mr. Holmes said of Mr. Vance, “His enthusiasm struck me greater than the song.” The song, though, became Mr. Holmes’s only top 10 hit.

Along with his daughter Paula, he’s survived by one other daughter, Connie Vance Cohen; a son, Joseph; a sister, Joanne Florio, a singer; nine grandchildren; and 11 great-grandchildren. His wife, Margaret (Curte) Vance, died in 2012. His son Philip died in 2009.

Mr. Vance was erroneously reported to have died in 2006 when the wife of a person named Paul Van Valkenburgh, who had indeed died, asserted that her husband had written “Itsy Bitsy” under the name Paul Vance. The obituary, by The Associated Press, was picked up by many news outlets, including The Latest York Times. (Corrections ensued, and The Times published a corrective article.)

However the false report shook up Mr. Vance’s family and friends. His music publisher confirmed that Mr. Vance, not the deceased man, was the songwriter and that he was still collecting royalties.

But as Mr. Vance told The Orlando Sentinel in 2006, some people still called pondering he was dead, and he would inform them: “That is Heaven. Who do you want to talk to? Paul Vance? Oh, yeah, he just got up here.”