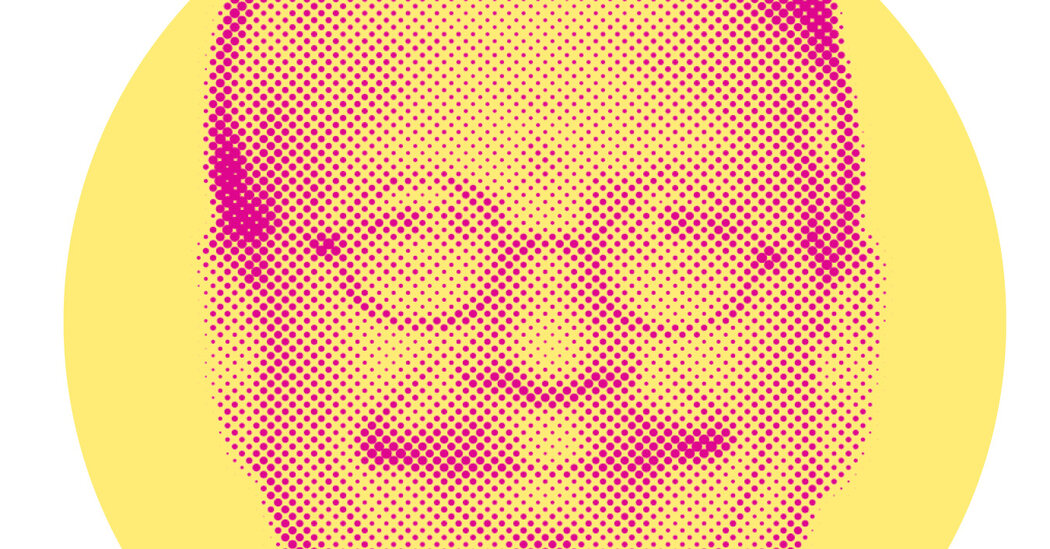 Penn Jillette keeps files on his computer for magic tricks and others for fiction, but he keeps them together and the excellence between them just isn’t at all times clear. He once wrote a brief story, for instance, that his longtime partner, Teller, thought would make a great magic trick, so that they turned it right into a bit called King of Animal Traps.

“The very first thing I desired to be was a author,” he said in a recent phone interview. “I feel in case you got either Teller or I to be completely honest, we might probably let you know that what we’re doing within the Penn & Teller show is writing.”

Jillette’s latest novel, “Random,” is a couple of young man who inherits his father’s crushing debt to a loan shark and turns to dice — and other dangerous measures — to dig himself out. That the dice bring him luck sends him a latest philosophy of leaving decisions each big and small as much as probability.

Whether he’s writing a novel or writing a bit, Jillette said, he’s at all times attempting to tell a story.

“My happiest moments are Teller and I getting together and determining what we would like to say, what we’re feeling with a trick, with a bit, and to work out how one can do this,” he said. “Now, I don’t need to lie and say I don’t love being onstage — I like it, and I like the applause, and I like the laughs — that’s the thing I like most on the planet, apart from putting the stuff together that I’m going to place onstage. Writing fiction looks like very much the identical thing.”

Here, the creator, magician and co-star of the CW’s “Penn & Teller: Idiot Us,” talks about how he takes his watermelon, why he prefers skepticism to cynicism and the way he convinced Teller to pay for half his latest bass. These are edited excerpts from the conversation.

1. Too Hot Baths Every night I take a shower that’s so hot that I come very near passing out — and I exploit scented oil, the entire thing is completed as girly as possible. And I read on my Kindle. I’m attempting to learn Spanish, so I read Spanish for no less than a half an hour, after which I read in English for one more half an hour.

2. Too Cold Watermelon I lost quite a lot of weight a number of years ago. One among the ways I keep the load off is by eating watermelon. It seems you may eat more watermelon than another food and it still feels good and it still tastes good. The key is cutting it up and getting it super cold in order that it almost hurts your teeth.

4. Tony Fitzpatrick I study music quite extensively since it’s unnatural to me. And that’s what fascinates me about it. I’m very bad with visual stuff, too, so I actually have artwork throughout my house to attempt to drill it into my head why it’s beautiful. One among my favorite artists is Tony Fitzpatrick out of Chicago. I actually have his etching up all around the house.

5. Ray Brown There are such a lot of great bass players, but Ray Brown had that sound and that solidity and that power. He’s an inspiration and he’s one in all my ways into jazz. I like his recording of “Papa Was a Rolling Stone” with fellow bassists John Clayton and Christian McBride.

6. Skepticism, Not Cynicism I actually have fought my whole life to not be cynical, but to be skeptical. You might have many minutes of arguments between me and Bill Maher over why cynicism is bad and skepticism is sweet. Cynicism is attributing the worst motives to people. Skepticism is searching for the reality.

7. Tiny Tim On a wall in my home, I actually have Tiny Tim’s costume that he wore for many of his profession, the ukulele that he played for many of his profession and his shoes. I like the incontrovertible fact that an individual got here along who was so honest that cynicism couldn’t live inside him. A few of the most cynical individuals who have ever lived — Bing Crosby, Johnny Carson, John Lennon, Howard Stern, Frank Sinatra — within the presence of Tiny Tim, they completely broke down.

8. Word Processors I desired to be a author so badly. My mom taught me to type and I used to be a superb typist, but I still made mistakes and I’m a very bad speller. I finally bought a pc after Teller and I had our show Off Broadway, and inside 24 hours of getting a pc, I wrote two stories that were published. I’m sitting in front of essentially the most powerful computer Mac has to supply — I could edit “Avatar” on it — but 95 percent of what I do is word processing.

9. Paul Toenniges Double Bass I play the bass for an hour before Penn & Teller shows. A superb bass player named Alex Frank told me I used to be higher than the bass I used to be playing. He found a bass for me that was made by a person named Paul Toenniges. He said it was very expensive but additionally the perfect bass he’d ever played — it had been owned by the late bassist Dave Stone. I emailed Teller to see if he thought I can buy it. Because the way in which our taxes are structured, he’d pay for half of it. The e-mail got here back inside a minute and said: “We never economize on our tools. Buy it.” I hadn’t even told him the value.

10. Bob Dylan I feel it is feasible that I’ve listened to Bob Dylan on daily basis for the past 52 years. Bob Dylan is something we encounter very rarely, which is incredible skill, coupled with a wildness of spirit. All you’ve got to do is see a Paul McCartney concert and a Bob Dylan concert. Paul McCartney, you already know exactly what you’re going to get. Bob Dylan? You will have no idea.