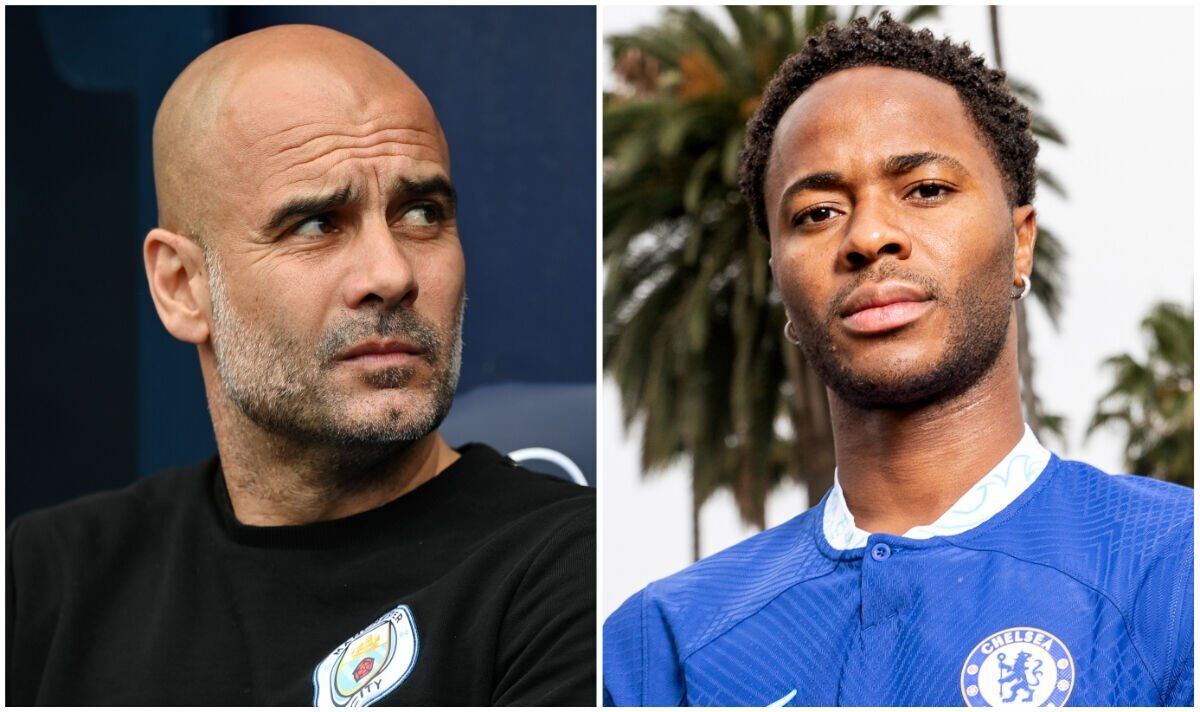 Former Aston Villa striker Gabby Agbonlahor has suggested that Manchester City boss Pep Guardiola may not see Chelsea as title rivals this season after allowing Raheem Sterling to finish a £50million move to Stamford Bridge. Thomas Tuchel’s side finished 19 points off champions City last season, and Agbonlahor believes that Guardiola can cope without the England star on the club next season.

“I believe they may take a look at it and go ‘[Julian] Alvarez has are available now’, they’ve [Jack] Grealish, [Phil] Foden, [Riyad] Mahrez, they’ve so many options it is sensible to get some money in,” Agbonlahor told talkSPORT. “Balance the books with the players you might be bringing in, and it suits each parties.

“I don’t think Pep is the type of manager that shall be bothered about what is occurring at other clubs, to make one other club stronger. He’ll think ‘He has been an incredible player for me, but I actually have got so many options I still back myself to complete above Chelsea’.

“Or perhaps they don’t see Chelsea as title rivals, perhaps Manchester City only see Liverpool as rivals for the title due to how far Chelsea were off them. Perhaps that comes into it as well.”

“Getting what he delivered for years given his age, his hunger for responsibility, and his kind of play and his amount of intensity is outstanding. It’s the benchmark within the Premier League and is precisely what we’d like.”

Sterling won 4 Premier League titles with City and is aiming to choose up more silverware after his move to London. “I’ve obviously achieved rather a lot in my profession thus far,” Sterling said. “But there continues to be so rather more to realize and I’m really looking forward to doing that in a Chelsea shirt, under Thomas’s management.

“London is my home and where it began for me, and it’s amazing I now have the chance to play in front of family and friends week in, week out at Stamford Bridge. I’m really looking forward to meeting the fans there soon. I can’t wait to get going now and proceed to do my talking on the pitch.”