Pete Carroll gets explanation, form of, from NFL on Charles Cross’ penalty 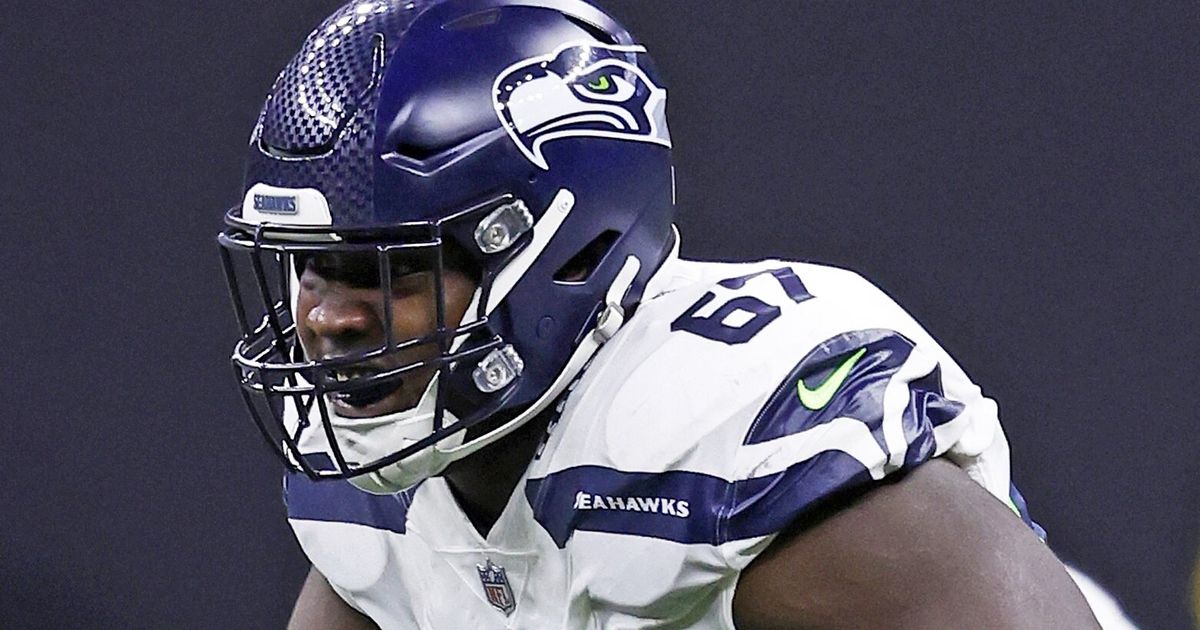 RENTON — Through five games, no NFL team has been penalized for offensive holding greater than the Seahawks, who’re tied with Denver for the dubious honor with nine.

Two have are available in potential game-turning situations — one on guard Damien Lewis late within the loss to Atlanta that worn out a gain to the Falcons’ 10-yard line on Seattle’s last possession, and one on rookie tackle Charles Cross through the third quarter Sunday against Latest Orleans that negated a touchdown pass to DK Metcalf. Seattle was forced to punt as an alternative.

That decision was one in all several the Seahawks vehemently protested later, with receiver Tyler Lockett saying, “Man, it was so hard for us to even get a flag for us in that game. It was ridiculous.”

Asked Wednesday if he had gotten any clarification from the NFL concerning the call, Seahawks coach Pete Carroll said, “Yeah, I did,” then stopped, understanding the league frowns on public complaints.

But Carroll elaborated that the league two weeks ago sent a video of an analogous play trying to elucidate what officials are watching. On Cross’ penalty, he was locked up with Saints linebacker Kaden Elliss before releasing him as quarterback Geno Smith rolled past them to the left. Elliss flailed his arms wildly attempting to draw attention, which could have helped draw the flag.

Carroll said the difficulty gave the impression to be how much space there was between the defender and the quarterback on the time the defender was released — he said within the video the league sent a couple of weeks ago that the QB (he thought it was Aaron Rodgers) was a bit of farther away.

“If you may have him and also you release him, then it’s OK if there may be enough space between that quarterback with the player that he released,” Carroll said. “Our thing was almost the exact same deal. Geno was closer to him than the illustration. They try to figure it out. This isn’t easy what they’re doing. They try to figure it out, so perhaps that was the precise interpretation. I don’t know that yet. We didn’t get a transparent indication of, ‘Was it the space away from the snatch and release,’ or was it, ‘Did they simply think he held him?’ I don’t know that yet.”

Cross said Wednesday he got no explanation from the officials for his second holding call.

“I used to be upset with the decision, but there was nothing that I could do about it,” he said. “I just needed to play the subsequent play, flush it and keep going. It was definitely something to learn from.”

As for Elliss’ flop, Carroll said the NFL didn’t indicate if that played a consider the flag but added that “that’s turn out to be the ballgame right away, like hoops.”

Irvin back in familiar 51

The Seahawks announced the signing of veteran linebacker Bruce Irvin to the practice squad Wednesday, and he took part in practice within the afternoon wearing his familiar No. 51 jersey.

Carroll said Irvin is in “terrific shape” and will play Sunday against Arizona helping flesh out the edge-rush rotation that took a success when Darryl Johnson suffered a foot injury against Detroit — Johnson must miss at the very least three more games after being placed on injured reserve.

“We would really like to get him when we expect he’s able to go to get into the rotation,” Carroll said. “We try to maneuver those guys and keep those guys fresh. The way in which we had seen Bam [Johnson], we actually liked what he had done, so we’re filling that void there without having him within the rotation.”

Players might be elevated thrice off the practice squad to play on game day before having to go on the 53-man roster.

In accordance with an announcement, “Team Physicians Ed Khalfayan and Nick Seibert repaired a fibula fracture, syndesmotic ligament tear and deltoid ligament tear in a surgery performed on the Seattle Surgery Center. Penny is predicted to be on crutches and in a splint or walking boot for six weeks. Penny will miss the remainder of the season, but is predicted to make a full recovery.”


Bob Condotta:
206-515-5699 or bcondotta@seattletimes.com; on Twitter: @bcondotta. Bob Condotta covers the Seahawks for the Seattle Times. He provides each day coverage of the team all year long.