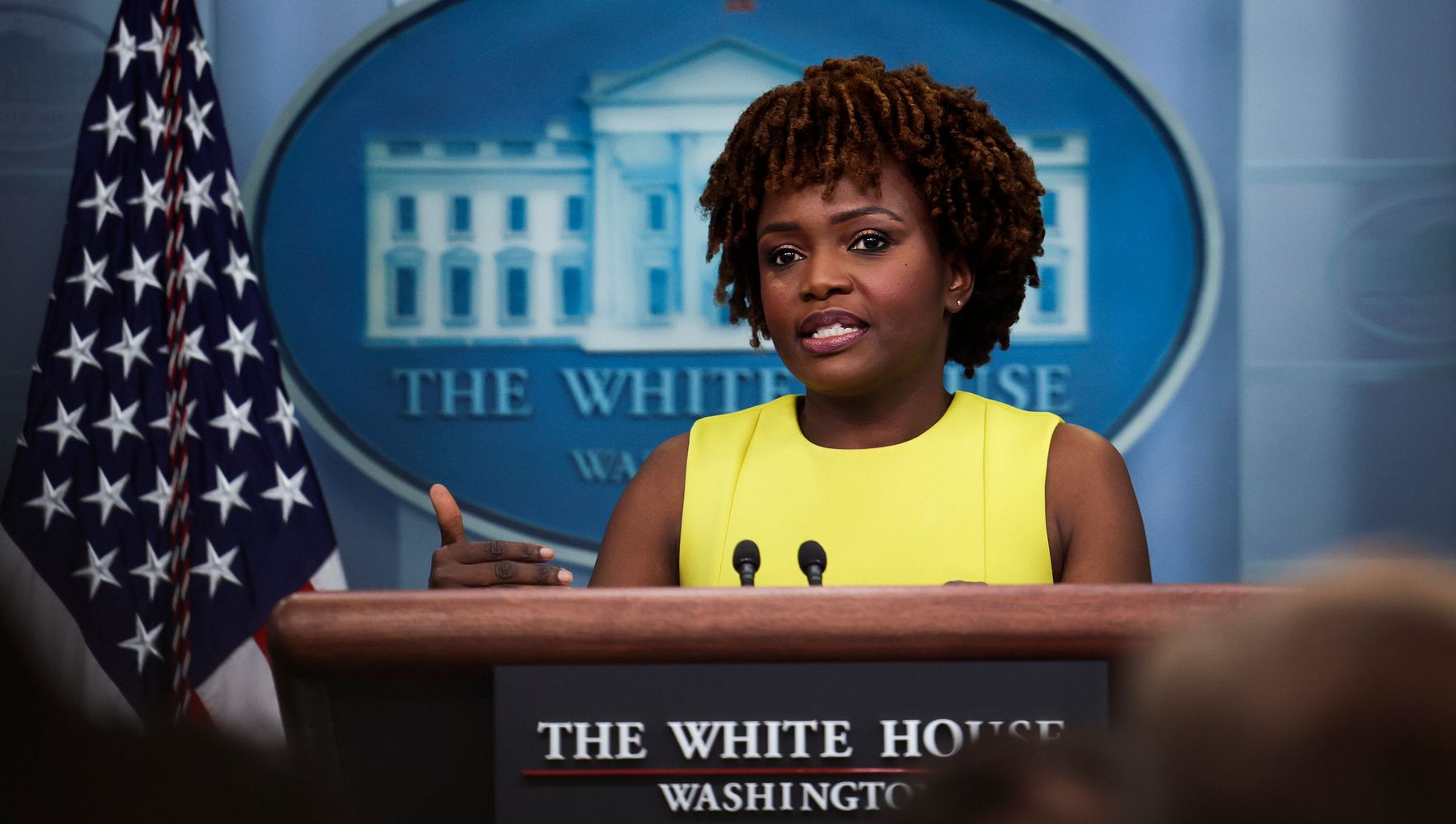 “The White House had some very hard headlines this week about inflation and about baby formula,” said Doocy, who often clashed with Jean-Pierre’s predecessor, Jen Psaki. “If there’s nothing latest you may point to on this speech tonight, did you simply schedule it to get people talking about something else?”

Biden’s speech was scheduled within the wake of a massacre in Uvalde, Texas, that killed 19 children and two teachers; one other in Buffalo, Latest York, that left 10 dead; and several other other deadly mass shootings across the country in recent weeks.

“We had 19 kids die in Uvalde only in the near past,” she continued, pointing to the shootings in Texas and Latest York. “Just last night in Tulsa, we’re learning of people that were, again, killed. So this isn’t about politics. This isn’t about partisan politics here.”

“It’s disheartening to listen to that this might potentially, or if I’m hearing this right, could possibly be used as a political tool, and that’s not what that is,” she added. “That is about people’s lives.”

Fox’s Peter Doocy: “The White House had some very hard headlines this week about inflation and about baby formula … Did you simply schedule [tonight’s speech] to get people talking about something else?”

Press Sec. Jean-Pierre: “People have died … We had 19 kids die in Uvalde.” pic.twitter.com/puGZQqh50w

In Biden’s speech, the second evening address of his presidency, he implored Congress to pass meaningful gun control laws, including universal background checks, a ban on assault weapons, a national “red flag” law to maintain guns out of the hands of the mentally in poor health and raising the age to purchase a gun to 21.

“Enough,” he said. “We are able to’t fail the American people again.”

He was panned on Fox News afterward, including by one network contributor who declared the president’s remarks were “an impeachable offense.”