Pharoah Sanders, Whose Saxophone Was a Force of Nature, Dies at 81 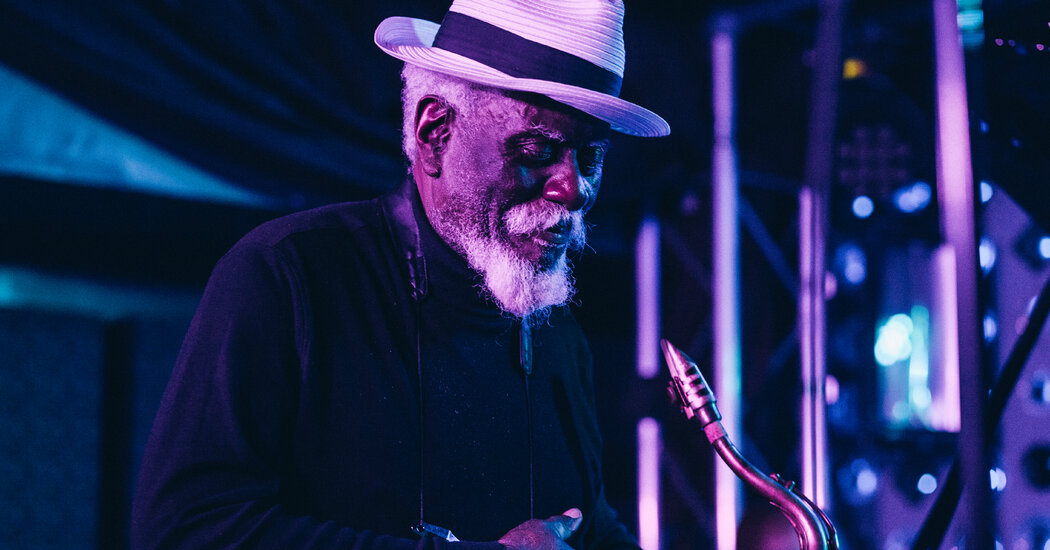 Pharoah Sanders, a saxophonist and composer celebrated for music that was without delay spiritual and visceral, purposeful and ecstatic, died on Saturday in Los Angeles. He was 81.

His death was announced in an announcement by Luaka Bop, the corporate for which he had made his most up-to-date album, “Guarantees.” The statement didn’t specify the cause.

The sound Mr. Sanders drew from his tenor saxophone was a force of nature: burly, throbbing and encompassing, steeped in deep blues and drawing on prolonged techniques to create shrieking harmonics and imposing multiphonics. He could sound fierce or anguished; he could also sound kindly and welcoming.

He first gained wide recognition as a member of John Coltrane’s groups from 1965 to 1967. He then went on to a fertile, prolific profession, with dozens of albums and a long time of performances.

Mr. Sanders played free jazz, jazz standards, upbeat Caribbean-tinged tunes and African- and Indian-rooted incantations resembling “The Creator Has a Master Plan,” which opened his 1969 album, “Karma,” a pinnacle of devotional free jazz. He recorded widely as each a pacesetter and a collaborator, working with Alice Coltrane, McCoy Tyner, Randy Weston, Joey DeFrancesco and plenty of others.

Looking back on Mr. Sanders’s profession in a 1978 review, Robert Palmer of The Latest York Times wrote, “His control of multiphonics on the tenor set standards that younger saxophonists are still attempting to live as much as, and his sound — huge, booming, but able to great delicacy and restraint — was immediately recognizable.”

Mr. Sanders told The Latest Yorker in 2020: “I’m at all times attempting to make something which may sound bad sound beautiful indirectly. I’m a one who just starts playing anything I need to play, and make it grow to be perhaps some beautiful music.”

Pharoah Sanders was born Farrell Sanders in Little Rock, Ark, on Oct. 13, 1940. His mother was a cook in a college cafeteria; his father worked for the town.

He first played music in church, starting on drums and moving on to clarinet after which saxophone. (Although tenor saxophone was his principal instrument, he also performed and recorded regularly on soprano.) He played blues, jazz and R&B at clubs around Little Rock; throughout the era of segregation, he recalled in 2016, he sometimes needed to perform behind a curtain.

In 1959 he moved to Oakland, Calif., where he performed at local clubs. His fellow saxophonist John Handy suggested he move to Latest York City, where the free-jazz movement was taking shape, and in 1962, he did.

At times in his early Latest York years he was homeless and lived by selling his blood. But he also found gigs in Greenwich Village, and he worked with a number of the leading exponents of free jazz, including Ornette Coleman, Don Cherry and Sun Ra.

It was Sun Ra who persuaded him to vary his first name to Pharoah, and for a short while Mr. Sanders was a member of the Sun Ra Arkestra.

Mr. Sanders made his first album as a pacesetter, “Pharoah,” for ESP-Disk in 1964. John Coltrane invited him to take a seat in along with his group, and in 1965 Mr. Sanders became a member, exploring elemental, tumultuous free jazz on seminal albums like “Ascension,” “Om” and “Meditations.”

After Coltrane’s death in 1967, Mr. Sanders went on to record along with his widow, the pianist and harpist Alice Coltrane, on albums including “Ptah, the El Daoud” and “Journey in Satchidananda,” each released in 1970.

Mr. Sanders had already begun recording as a pacesetter on the Impulse! label, which had also been Coltrane’s home. The titles of his albums — “Tauhid” in 1967, “Karma” in 1969 — made clear his interest in Islamic and Buddhist thought.

His music was expansive and open-ended, concentrating on immersive group interaction moderately than solos, and incorporating African percussion and flutes. Within the liner notes to “Karma,” the poet, playwright and activist Amiri Baraka wrote, “Pharoah has change into one long song.” The 32-minute “The Creator Has a Master Plan” moves between pastoral ease — with a rolling two-chord vamp and a reassuring message sung by Leon Thomas — and squalling, frenetic outbursts, but portions of it found FM radio airplay beyond jazz stations.

Throughout the Seventies and ’80s, Mr. Sanders’s music moved from album-length excursions just like the kinetic 1971 “Black Unity” toward shorter compositions, reconnections with jazz standards and recent renditions of Coltrane compositions. (He shared a Grammy Award for his work with the pianist McCoy Tyner on the 1987 album “Blues for Coltrane.”) His recordings grew less turbulent and more contemplative. On the 1977 album “Love Will Discover a Way,” he tried pop-jazz and R&B, sharing ballads with the singer Phyllis Hyman. He returned to more mainstream jazz along with his albums for Theresa Records within the Nineteen Eighties.

But his explorations weren’t over. In live performances, he might still bear down on one song for a whole set and make his instrument blare and cry out. Throughout the Nineties and early 2000s he made albums with the modern producer Bill Laswell. He reunited with the blistering electric guitarist Sonny Sharrock — who had been a Sanders sideman — on the 1991 album “Ask the Ages,” and he collaborated with the Moroccan Gnawa musician Maleem Mahmoud Ghania on “The Trance of Seven Colours” in 1994.

Information on Mr. Sanders’s survivors was not immediately available.

Mr. Sanders had difficult relationships with record labels, and he spent nearly twenty years without recording as a pacesetter. Yet he continued to perform, and his occasional recorded appearances — including his wraithlike presence on “Guarantees,” his 2021 collaboration with the London Symphony Orchestra and Sam Shepherd, the electronic musician generally known as Floating Points — were widely applauded.

Reviewing “Guarantees” for The Times, Giovanni Russonello noted that Mr. Sanders’s “glistening and peaceful sound” was “deployed mindfully throughout the album,” adding, “He shows little of the throttling power that used to come back bursting so naturally from his horn, but every note seems rigorously chosen — not only to state his own case, but to funnel the soundscape around him right into a precise, single-note line.”

In 2016 Mr. Sanders was named a Jazz Master, the very best honor for a jazz musician in the US, by the National Endowment for the Arts.